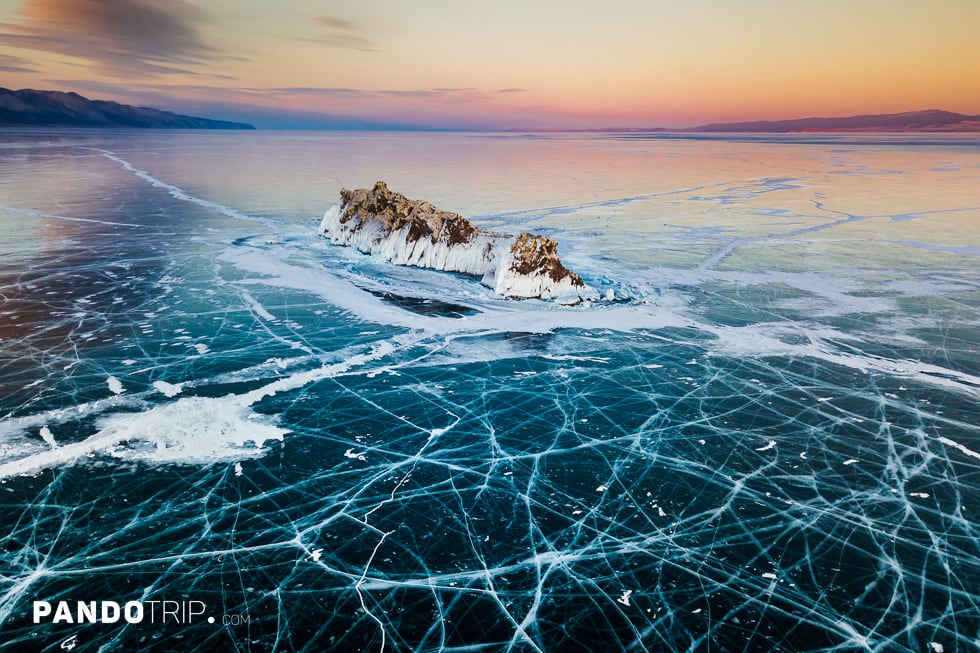 Lake Baikal is located in the Russian region of Siberia, near the border of Mongolia. It’s the deepest lake in the world, reaching 1,642 m (5,387 ft) depth. Baikal is also the world’s largest freshwater lake by volume, containing roughly 20% of the planet’s unfrozen freshwater. What’s more, it’s the oldest lake in the world -at least 25 million years old!

Geographic location and other factors make Lake Baikal one of the most beautiful frozen lakes in the world. Different ice patterns in different parts of the lake, frozen methane bubbles, and icicles that look like crystals let you experience the real winter wonderland there.

Below is a collection of pictures of frozen Lake Baikal made during the cold season and depicting fantastic ice engravings.