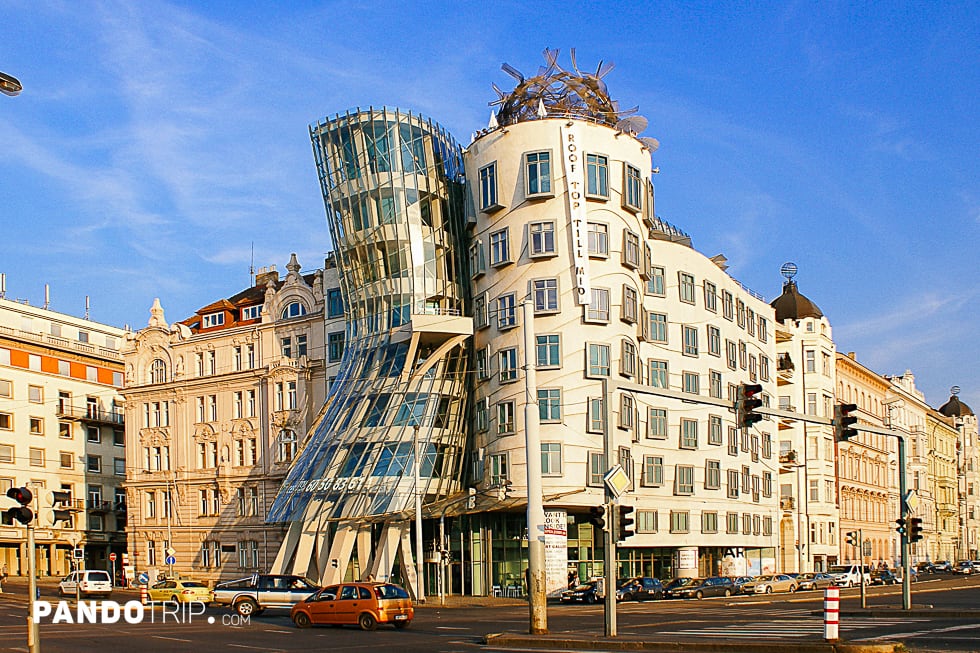 The world is full of wonders. Although most created by nature, men follow behind with some of the wildest, most bizarre, unique, and unusual buildings one can’t even imagine possible. Some of them are the most fascinating buildings in the world that either defy the laws of physics or look as plain as a Flintstones house.

Casa Mila or La Pedrera, is one of the most famous buildings in Barcelona, after Sagrada Familia. The Catalan modernistic structure is known as Gaudí’s last civil work, which he finished in 1912. At the time, Casa Mila was one of the most unusual buildings due to its unconventional stone facade and wrought iron balconies.

Today Casa Mila is home to three tenants and, but it is also a cultural center and a museum. Since it’s often busy, it’s best to book your tickets in advance. Tickets online cost around $25, English audio guide included, or around $27 at the box office.

As if it came straight out of a fairytale, The Little Crooked House in Sopot, Poland, is one of the weirdest buildings in the world. The award-winning 1-acre (4,000m2) structure was a 2004 project. It has blue-green shingles for a roof designed to resemble a dragon and curved walls and windows that make it look like some warped photo.

Unlike the outside, which makes it the most photographed building in Sopot, the inside leaves much to be desired. The Crooked House is home to restaurants, cafes, and a local radio station. The place comes to life mostly at night. Everyone is welcome to visit.

Featuring 27-free standing marble petals that form the shape of a lotus flower, the Lotus Temple in Delhi, India, is one of the most famous buildings in the world. The architecture marvel from the 1980s features a 9-sided circular shape of an unfolding blossom. The Lotus flower is a symbol of spirituality in Asian culture and is often part of a Bahai temple.

Bahai doctrine declares the oneness of religions and humanity, meaning people of all faith gather here to pray and worship. Besides the excellent engineering, visitors get to enjoy the nine blue ponds surrounding the temple. Millions of people visit the most famous building in Delhi not just for worship but to marvel at its grandeur architecture.

Darmstadt is home to one of the world’s most unusual residential buildings. Built in 1990, the Forest Spiral spiraled building has a forest for a roof. Hundreds of beech, maple, and lime trees grow on the twisting roof.

The brain behind this fascinating construction is the famous Austrian architect and painter Friedensreich Hundertwasser. Best known for his nature and human-oriented architecture, he designed the Forest Spiral, inspired by the Earth’s strata layers. Although the building is strictly residential, you can walk outside, admire and take as many photos as you’d like.

One of the most unique buildings in the world resembles two dancing partners. The style is deconstructivist or new baroque, characterized by asymmetry and linear shapes.

The Dancing House features 99 concrete panels, each with a different shape and dimension. Built in 1996 on land that was heavily bombed in 1945, today, the Dancing House is home to offices and a conference center.

If you want a peak inside, you are more than welcome. There is a gallery showcasing various exhibitions every day.

The seventh floor houses the Fred and Ginger restaurant with a terrace offering 360 degrees of panoramic views. You can also spend the night inside the Dancing House. For the best luxury experience while in Prague, why not book a room at the Prague Dancing House Hotel.

The Yellow Cube Houses of Rotterdam are set of 39 houses in the shape of an inverted cube. Located not far from the center of Rotterdam, the architectural wonder was designed in the 70s and completed in 1984 by architect Piet Blom. The idea was that each house would represent a tree, and all of them together would make an architectural forest.

All the Cube Houses are inhabited, except for one, which serves as a house museum called Kijk-Kubus. You can also book a room at the “Stayokay Hostel Rotterdam,” a hostel that opened in 2009.

The Stone House in Fafe, Portugal, is undoubtedly one of the most unusual buildings in the world. Also known as “Castle of Stone,” the house was built in 1972 by engineer Guimaraes using four giant stones he found in the area.

The Stone Age house lookalike was meant to be a rural retreat for a family from Fafe. But as soon as tourists multiplied, the owners decided to move out. Today, the Stone House functions as a small museum open to the public. Before going there, remember that it is still private property, so it’s best to check if they are open.

Pop culture fans get two for the price of one in the Museum of Pop Culture in Seattle or MoPop. The museum is one of the strangest buildings you have ever seen. Built in 2000, the futuristic building designed by Frank Gehry is shaped like a guitar. Well, a smashed electric guitar.

The MoPop offers interactive exhibits over 140,000 square feet of space. The entrance is around $28, and there is something for every age group.

Longaberger Basket is a 7-story building in Newark, Ohio. It was once the headquarters of Longaberger Company, a handmade wood baskets manufacturer. Hence, the basket design.

The Big Basket sits on 21.5 acres (87,007m2) and can house 500 people. Over the years, the building became a tourist destination the locals wanted to preserve. In 2017, Newark developer Steve Coon and Historic Newark Basket bought the property for $1.2 million.

Three years later, the new landlords made a deal with a Florida developer to sell the Newark landmark for $5.5 million. However, when the $20 billion Intel corporation announced they were coming to town, Coon changed his mind. He decided not to sell the building and wait for the property price to go up.

This caused the new buyer to file a lawsuit. Coon can not only lose his property, but he may also have to pay hefty fines. What will be the new purpose of the Big Basket? We are yet to find out.

Thailand is home to many fascinating high-tech architectures, and one can be found in Bangkok. The King Power Mahanakhon is one of the coolest skyscrapers in the world. At 1,030 ft (314 meters) tall and 79 floors, it is also one of the tallest buildings in Thailand.

The extraordinary design made of glass blocks resembles the blocks of the game Tetris. However, halfway and at the top, the glass blocks are missing, and they look like they have fallen out. There is a rooftop bar with the most incredible views of Bangkok.

The King Power Mahanakhon serves as a mixed-use development. It is home to residences, duty-free shops, the Ritz-Carlton Residence, the Orient Express hotel with an outside swimming pool, and the epic SkyWalk observation deck.