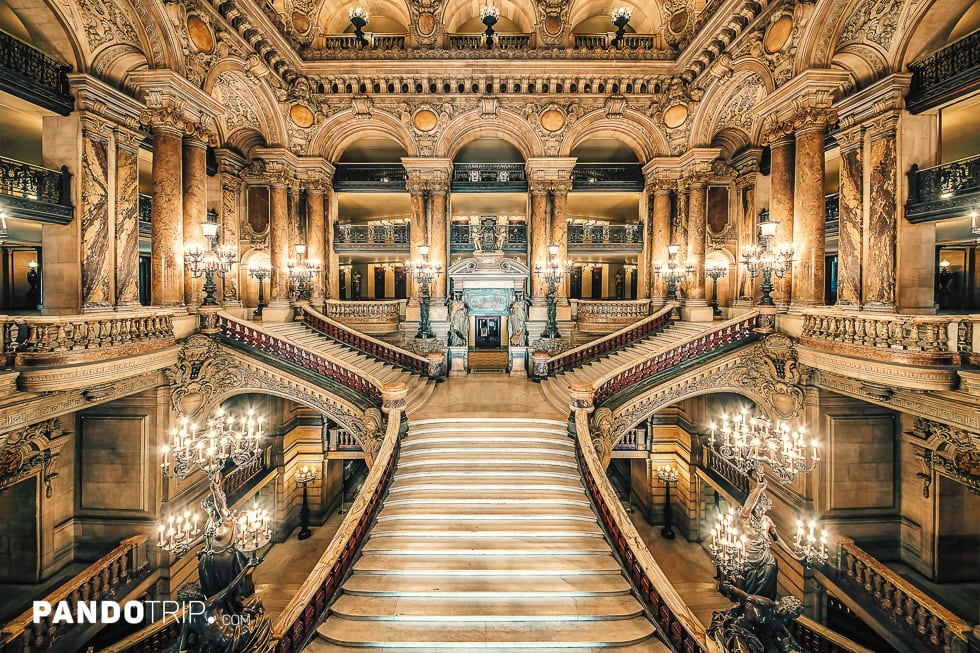 era originated in the Tuscany region of Italy sometime around the late 16th century. It wasn’t long before the elite genre of music combined with theater spread through Europe and then the rest of the world. The lavish productions, created by composers such as Montiverdi, Purcell, Handel and Wagner demanded venues just as luxurious for the performances to take place in.

The first opera house, the Teatro San Cassiano, opened in Venice in 1637. It wasn’t long before cities around the globe followed suit and built their own opera houses where high society could go in all their finery to be amazed by operas like La Traviata, The Barber of Seville and The Marriage of Figaro.

Now in the 21st century opera houses aren’t such a novelty as they were. There are many, but no two are the same. The following ten are each outstanding in their own right and for that reason they deserve their mention as one of the best opera houses in the world.

La Scala, or to give it its full name, the Teatro alla Scala, might not be the biggest opera house in the world, but it is the most revered. Designed by the Italian architect, Giuseppe Piermarini, the building’s gray facade may appear austere, but inside it’s total elegance.

Opera was an art that, in previous eras, attracted an elite audience of nobility and the higher ranks of society. The Teatro di San Carlo, an opera house in Naples, is a good example of that as it was commissioned by King Carlo III and was built right next to the royal palace in the Piazza del Plebiscito.

While the Teatro di San Carlo may have held well over three thousand people when it was first opened, the seating in the theater has been greatly reduced over the years. As the oldest operating opera house in the world, the structure is no longer sound enough for such huge crowds and to prevent further damage audience attendance numbers have been restricted.

The majority of opera houses are worthy of note either for their historic significance or for their ornate architecture. Not the Teatro Colón in Beunas Aires though. While it can boast of having both of those attributes, the Teatro Colon is renowned for its acoustics.

After a leading American expert Leo Beranek conducted a sound survey of the theater, he found that it had the best acoustics for opera of any opera house in the world. That’s a fact that has been a major draw to prominent opera singers including genre legends like the tenors Luciano Pavarotti, Placido Domingo and Jose Carreras as well as the soprano, Maria Callas.

4. Sydney Opera House, Sydney, Australia – one of the world’s most famous buildings

Not only is the Sydney Opera House one of the biggest opera houses, it’s also one of the most famous buildings in the world and a UNESCO World Heritage Site. What sets it apart from other opera houses is its award-winning modern design which was crafted by the Danish architect, Jorn Utzon

After the opera house building project went through a few turbulent years, it was eventually completed in the October of 1973 at a final cost of one-hundred and two million Australian dollars. The Sydney Opera House isn’t just an opera house, but a multi-venue performance complex which houses a concert hall as well as several theaters and studios.

Because the Sydney Opera House is a multi-venue complex and not just an opera house, the title of the biggest opera house in the world is held by the Metropolitan Opera House in New York.

The Metropolitan Opera House is located in the Lincoln Center for Performing Arts and while the existing structure is modern it still has all the classical elegance associated with venues of its kind. It also has some of the most advanced theater technology existing including motorized stages and complex rigging systems which are as plush as the auditorium’s gold and burgundy décor.

6. Vienna State Opera, Vienna, Austria – one of the most respected opera houses

One unusual aspect of the works performed at this historical opera house is that some are performed by children. The theater actively promotes and encourages the younger generations to learn about opera and participate in performances as well as hosting shows that children will understand and enjoy.

The Palais Garnier or Opera Garnier is another lasting legacy left by the historically infamous Bonaparte family, although not by Napoleon himself, but his nephew. The Palais Garnier was commissioned by Emperor Napoleon III in 1861 and took fourteen years to complete.

Over the centuries the elaborate building has become almost as much of an iconic Paris structure as the Eiffel Tower is. Internally, the Palais Garnier has a sumptuousness that’s more fitting to a royal palace than it is a public performing arts venue. When the Bonapartes did something they never did it by half.

8. The Royal Opera House, London, UK – one of the world’s most celebrated theatres

The Royal Opera House in London may have a lengthy history as a performance venue and look archaic on the outside, but its interior is completely 21st century. Only the mid-19th century facade of the building has been left in its original state after a massive renovation took place in the 1990s.

The first theater on the site the opera house occupies in Covent Garden today was built in the early 18th century, but burned down twice. The current building has been more fortunate and although it has been extended and additional buildings have been attached to it, the heart of the opera house is the building designed by Edward Middleton Barry.

The Copenhagen Opera House is the most expensive opera house to be built and cost the equivalent of a staggering three-hundred and seventy million US dollars. It also has the largest orchestra pit of any opera house in the world and an auditorium ceiling covered with pure gold leaf. This opera house may be modern, but it has upheld the tradition of opulence that’s always been associated with opera houses since their conception.

The Teatro Real in Madrid is an opera house with a somewhat checkered past. After a development and construction period lasting a lengthy thirty-two years, the opera house initially opened in 1850.

It was closed down seventy-five years later and remained unused until the mid-1960s then, twenty years later, it underwent another period of closure for much needed renovations. While the renovations undertaken were made in the 1990s, the theater has kept its original classic opera house look with plush red velvet furnishings and gold-colored veneer paneling. It has also kept its classic repertoire and hosts operas such as Aida, Arabella and Achille in Sciro.