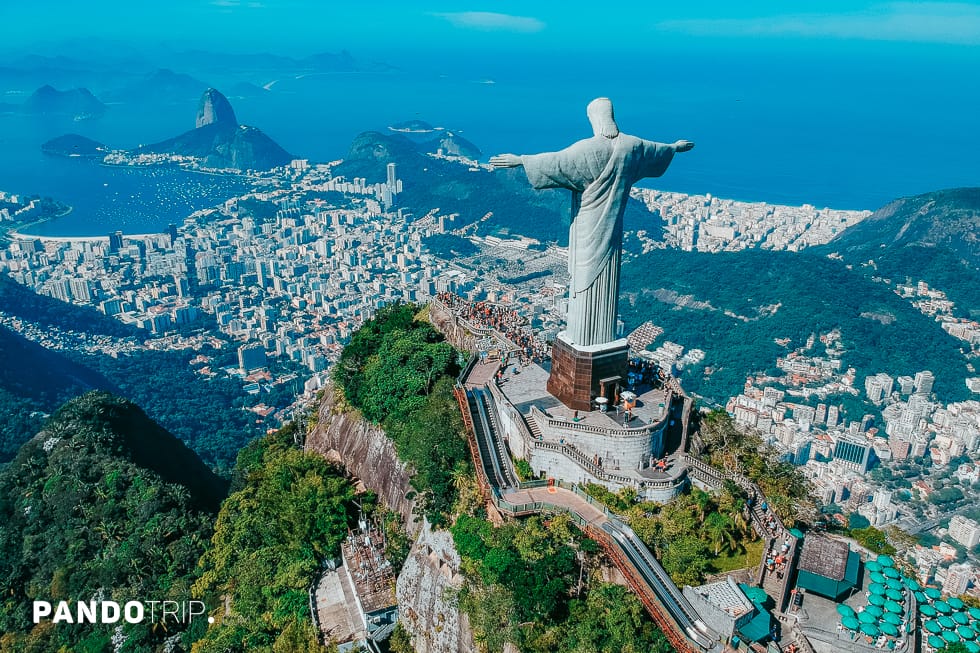 The statue has become a symbol of Rio de Janeiro and is one of the most famous landmarks in the world. In 2007, Christ the Redeemer was also elected as one of the New Seven Wonders of the World.

Christ the Redeemer is one of the most visited places in Brazil. Thousands of tourists visit the iconic statue every day. To avoid crowds, it is better to visit it on weekdays early in the morning.

One more thing to consider is the weather. It’s very hard to see the statue on a cloudy day, so check the weather forecast before going.

You can get there by train, van or taxi. It’s also possible to hike to Christ the Redeemer.

The train is the most popular way to visit Christ the Redeemer and offers the best views. You can buy tickets online on tremdocorcovado.com.br. The train leaves from Cosme Velho, one of Rio’s most elegant residential neighborhoods. Here are the exact directions on how to get to the train station.

Van is a quicker and cheaper option than the train. You can buy the tickets online on paineirascorcovado.com.br.

The hiking trail to the statue starts at Parque Lage and takes about 3 hours. If you want to do it, it’s recommended to go in larger groups or with a guided tour, as several muggings have previously happened on the trail.