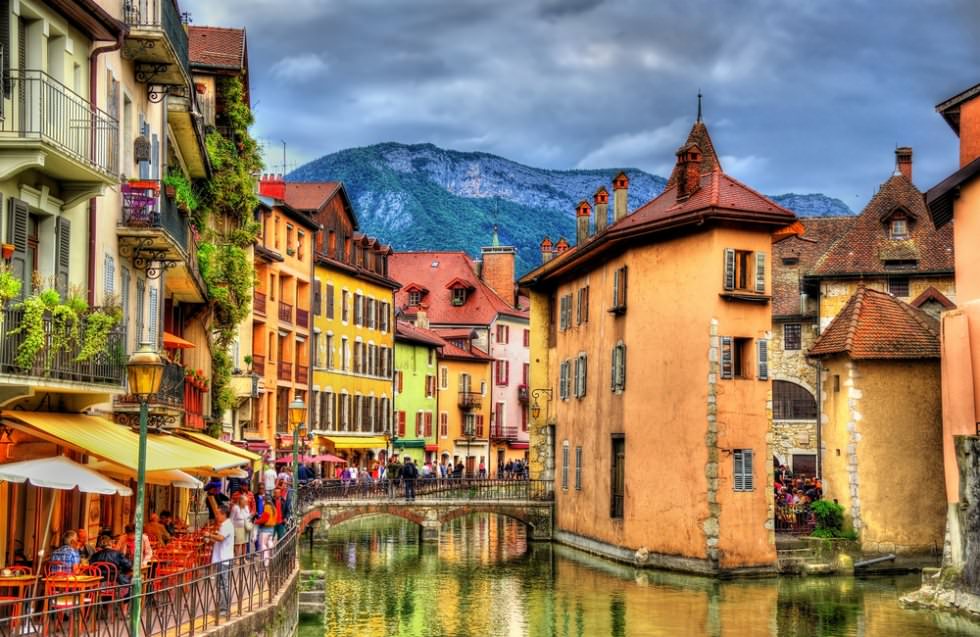 Venice gets all the credit for having awesome canals. Sure, its waterways are gorgeous, timeless, and iconic, but Venice is certainly not the only show in town. In fact, there are many cities that rival Venice. All over the world, canal cities draw visitors and provide trade routes for residents. You can take a trip to one of these cities and experience for yourself the beauty of a city built on the water. From China to the Netherlands, here are seven canal cities that deserve just as much hype as Venice.

Ghent was founded in 650, and it has all the charm of a medieval community. In fact, many of its building date from the beginning the millennium. Old brick buildings line the canal and life drifts slowly by on the water. If you take a boat ride along the waterways, you’ll be far enough away from the hustle and bustle of the car-filled streets that you can almost image that you’ve stepped back in time. You can’t help but wonder what life might have been like so long ago, and marvel at how many generations these silent walls have outlived. Imagine the stories they could tell, if only they could speak! 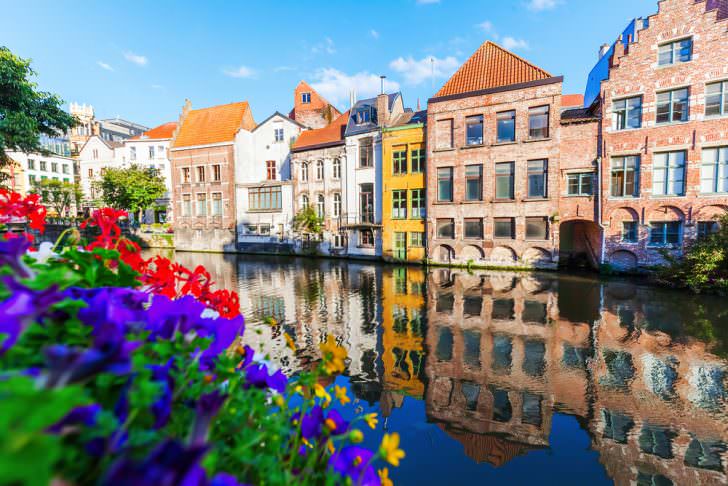 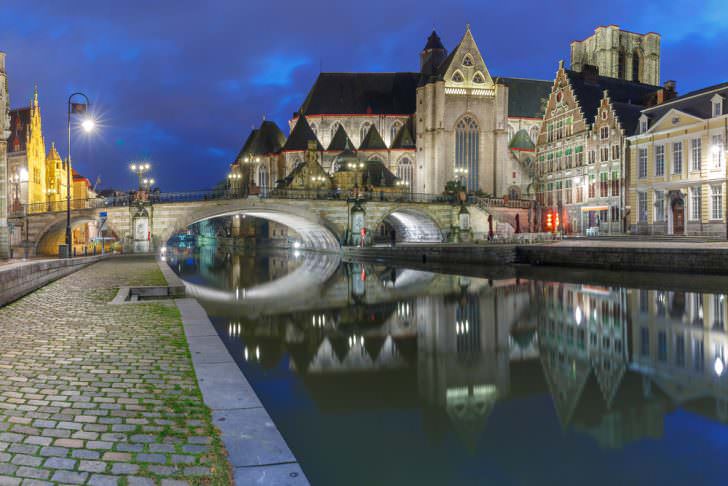 Often referred to as “Venice of the East,” Suzhou has emerged as a major Chinese tourist attraction. This old city is filled with beautiful eastern architecture as well as gardens. The cities gardens are so stunning and have such historic value that they have been named a UNESCO World Heritage Site. If you visit, be sure to check out a few of these gardens to find your balance and maybe do some yoga. 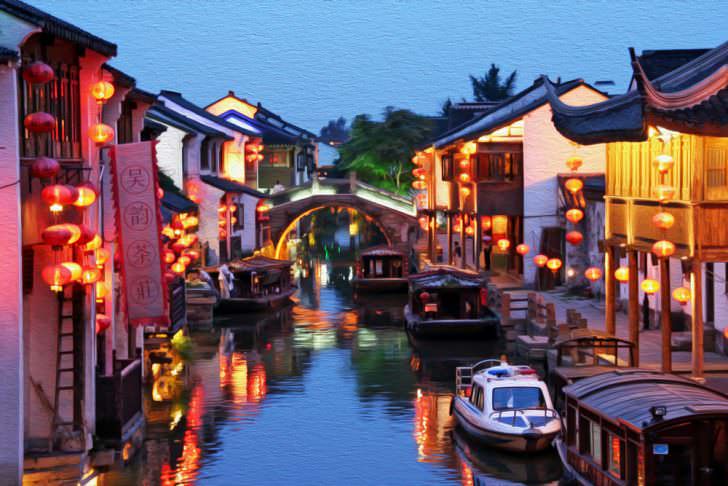 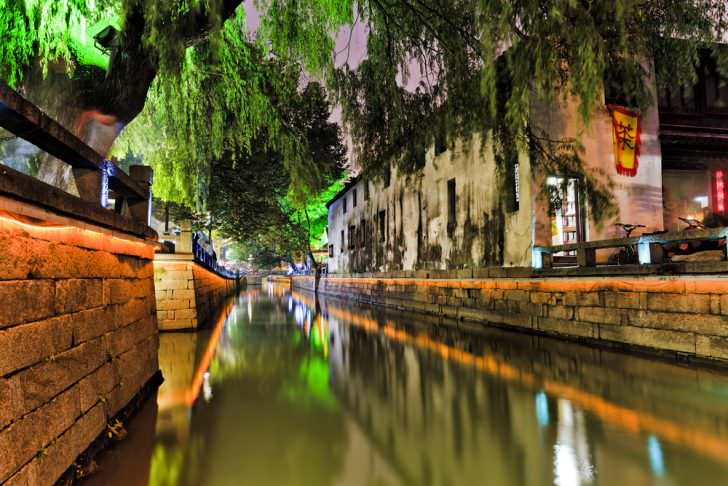 Put away your bikes and bring out the boats! This Dutch city is super tiny as far as major tourist attractions go, but it manages to bring in droves of visitors every year. It’s easy to see why, since the area is so beautiful. The only question is why more people don’t stay forever. Fun fact: Giethoorn recently scored a spot on the new international Monopoly board. 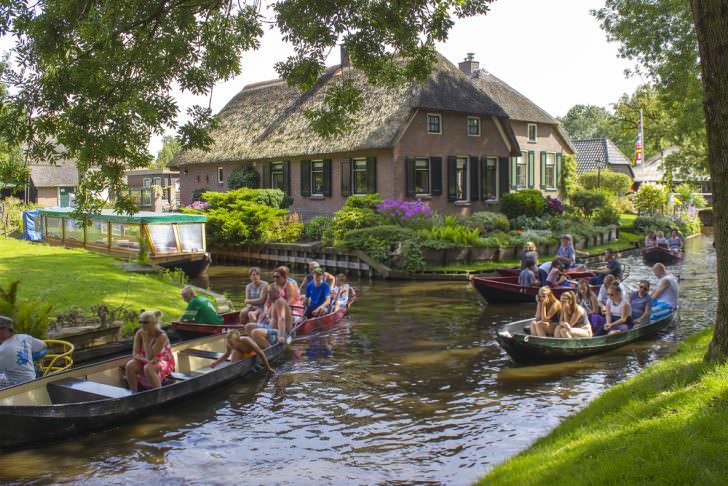 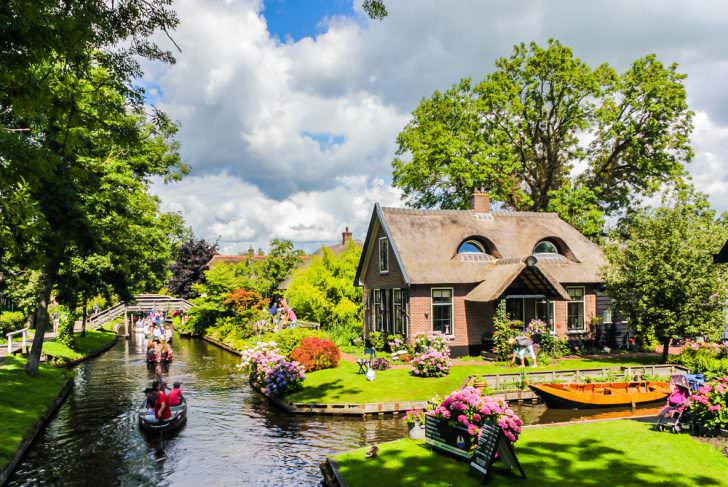 Tigre is an important waterway entry into South America. Although it was named for the big cats that were once hunted in the area, the city was known for a long time for its fruit imports and market. However, as with many former trade cities, Tigre is now most famous for tourism. Visitors can ride in vintage mahogany boats up and down the canals, enjoying the European-influenced Argentinean architecture and vibe. 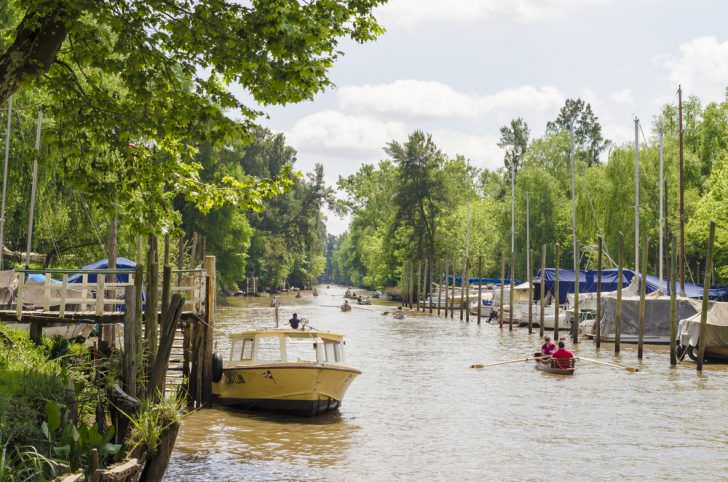 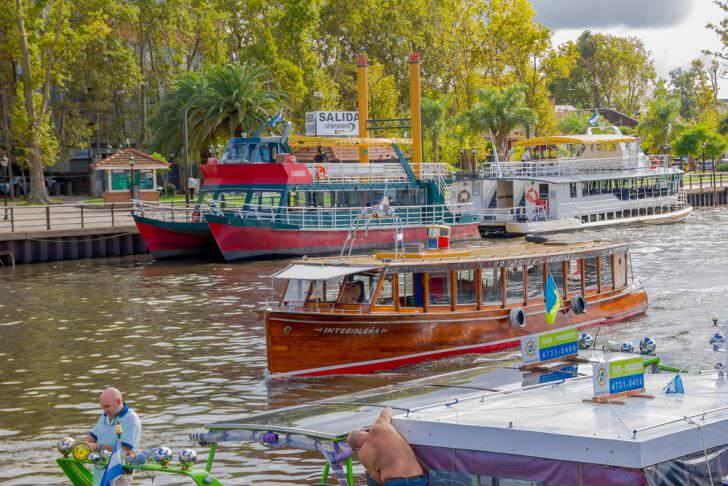 Stockholm has more residents that any other Nordic city. It’s pretty much the center of everything for Sweden. It was first built in the year 1000 by Vikings, but today it is an extremely modern and forward-thinking metropolis. The city is built on 14 islands, and the canals that connect them can be crossed by boat or ferry by water or by one of the many beautiful, intricately decorated bridges. 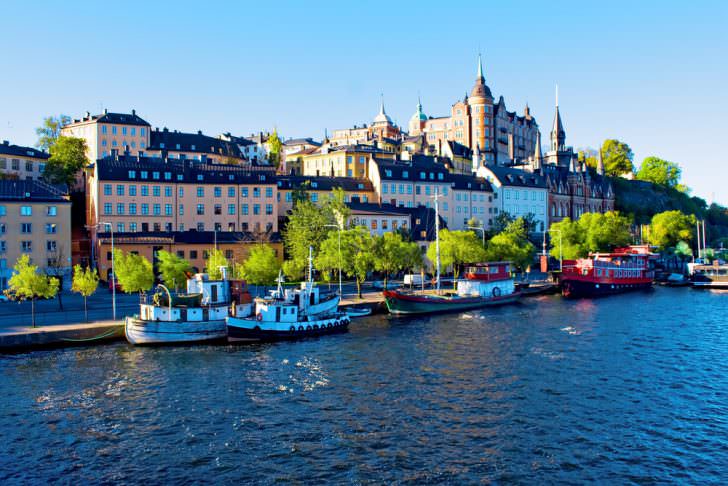 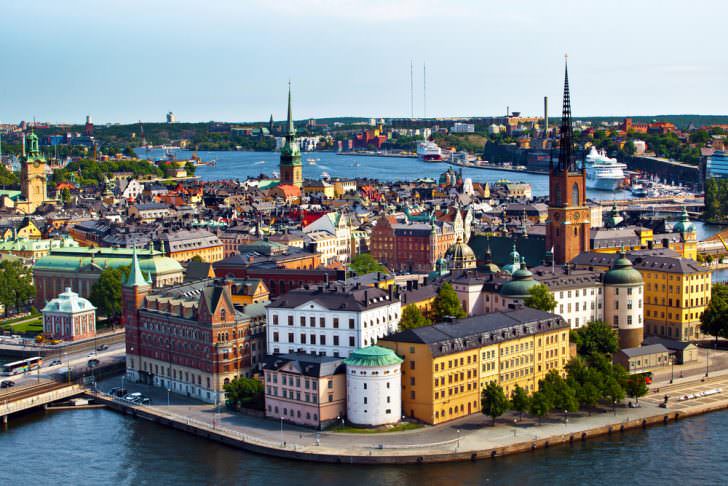 I’m actually not sure Kerala really belongs on this list, since it’s not exactly a single canal city, but rather an entire state. The state of Kerala is one of the best Indian regions to live in, since it has the lowest population growth rate, highest literacy rate, and longest average life span of any state in India. It’s also a popular tourist destination. The backwaters of Kerala are a series of lakes connected by canals that go pretty much the entire length of the state. Many visitors enjoy seeing the house boats in the backwaters. Actually, a lot of visitors stay in the houseboats during their trip to Kerala. 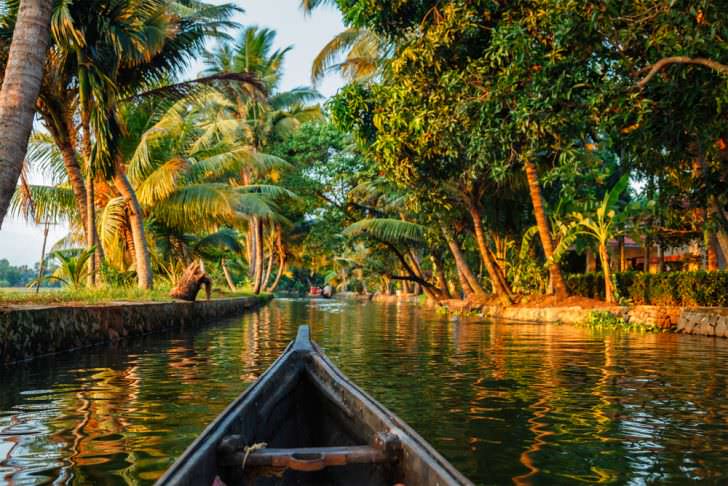 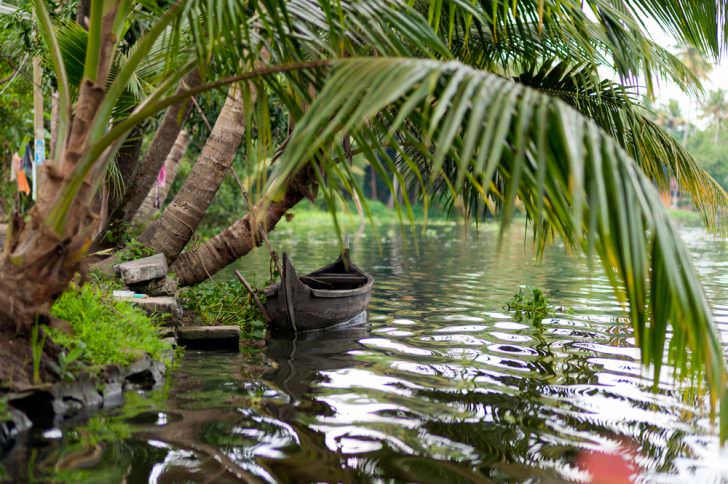 The Thiou River and two canals run through the French city of Annecy. Originally, control of these waterways gave power to the city and provided a means of trade for its inhabitants. Today, its economy is primary one of tourism, since Annecy has all the beauty of the Alps plus a gorgeous lake to entertain visitors. It also has a renovated castle—and who doesn’t love castles? This is definitely an ideal place to vacation. 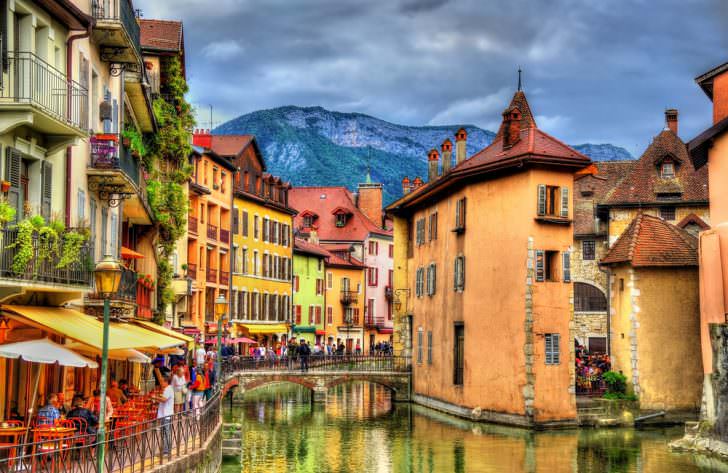 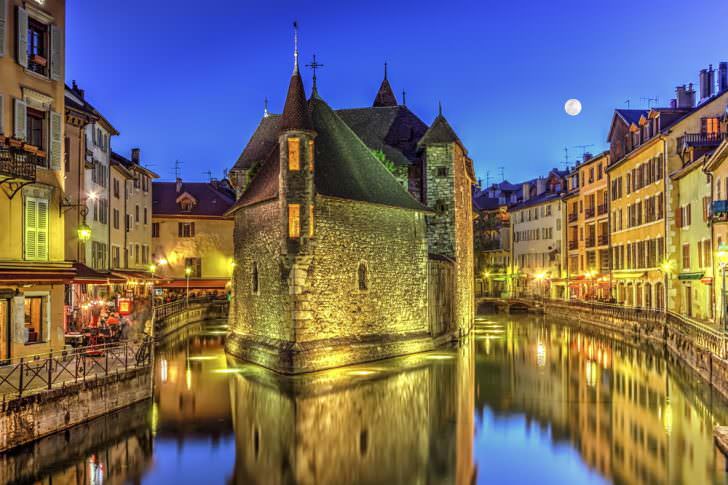