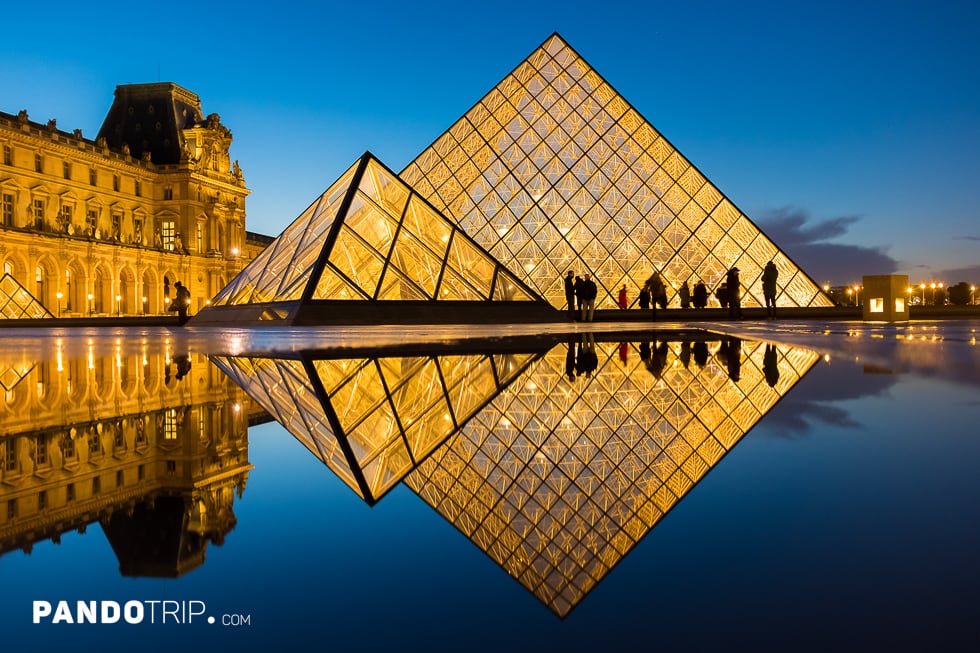 We all admire the ancient architecture. Ancient Egyptian, Greek, and Roman architectural marvels have stood the test of time and continue to impress. But what about our modern or recent history, which has looked to the Classical period for inspiration? We bring you the ten most impressive modern buildings inspired by ancient architecture.

The Louvre pyramids are the best-known modern pyramids in the world. Along with the Eiffel Tower and the Arc de Triomphe, it is one of Paris’ most recognizable structures. The Louvre Museum opened its doors in 1793. But the famous pyramids were built only in the late 1980s when French President Francois Mitterrand proposed the Grand Louvre plan and commissioned Chinese-American architect I.M. Pei to design the glass pyramid in the palace’s main courtyard (Cour Napoléon).

The pyramid in the main courtyard, which serves as the Louvre Museum’s main entrance, has the exact same proportions as the Great Pyramid of Giza. Three smaller pyramids surround the larger one.

Opened in the early 1990s, the WAFI is a mixed-use development in Dubai. The complex has a mall, hotels, various restaurants, residences, and a nightclub. The most striking feature of this “city” is its architecture modeled after Ancient Egypt. The WAFI Mall has over 350 stores, 30 restaurants and an exclusive Pharaoh’s Club and Cleopatra’s Spa. You can also stay at Sofitel Dubai The Obelisk or Raffles Dubai, a 5-star hotel that looks like a pyramid.

The building was designed in the neoclassical style by Irish-born architect James Hoban. The main ideas behind the design of the White House came from the Roman architect Vitruvius and the Venetian architect Andrea Palladio. The Roman column design and arches on the exterior of the building clearly show the White House’s Roman influences.

Built in 1919 by newspaper magnate William Randolph Hearst, the Hearst Castle was turned into a California State Park in 1954. Nowadays, it’s the most visited state park in California. 127 acres of gardens, fountains, terraces, and pools surround the main mansion and three large guesthouses. The general style of the complex is Spanish Colonial, but the architect Julia Morgan was inspired by a variety of European styles and eras, including Roman, Gothic, Neo-Classical, and Spanish Colonial.

The estate’s two pools are among its most recognizable features. Each one is truly unique and influenced by Greek and Roman architecture. The outdoor Neptune Pool is famous for its sculptures, arcades, and Roman Temple at one end. The indoor Roman pool is modeled after ancient Roman baths. You can even swim in those pools, but it will not be cheap. Swimming in Hearst Castle’s pools is restricted to members of The Foundation at Hearst Castle and their guests. The membership will cost around $1,000.

VIA 57 West is a residential building in downtown Manhattan, New York, built in 2016. The building, designed by the award-winning Bjarke Ingles Group, resembles a distorted pyramid and stands 142 meters (467 feet) tall with 35 stories. The architect claims that the building will work like a piece of art, where each resident can interact with it differently.

Luxor Las Vegas is a hotel and casino complex located on the Las Vegas Strip. It is one of the most recognizable resorts in Las Vegas, known for its iconic pyramid shape. The black glass pyramid looks stunning. The capital of entertainment, money and all the fun stuff has adopted the iconic symbol of Ancient Egypt, the magical land of sun, sand and underworld. So visit the complex, and you will have a rare opportunity to live in a pyramid.

Harrods is widely regarded as the world’s best department store and one of London’s most iconic stores. The store, located in Knightsbridge, spreads over seven levels. It is worth a visit just for interior design. The Egyptian Hall and Egyptian-styled escalator are the store’s highlights. Those areas were developed in the 1990s when Mohammed Al-Fayed purchased Harrods and wished to honor his country’s culture with extravagant designs. Qatar Holdings now own Harrods, but the Egyptian Hall is still waiting for visitors.

The Muttart Conservatory is a botanical garden in the North Saskatchewan river valley. The stunning Ancient Egyptian pyramids served as an inspiration for the garden. The conservatory’s structure was designed by Peter Hemingway and consists of four glassed pyramids built around a central service core. Each of the four iconic pyramids houses a themed garden showcasing a different world biome and species from Mexico to Madagascar.

Sextantio Le Grotte della Civita is an excellent example of how to repurpose ancient spaces for modern purposes. The Sextantio Le Grotte della Civita redeveloped the caves in Matera’s Sassi, a UNESCO World Heritage Site in the Basilicata region, into a one-of-a-kind lodging experience. The hotel takes you back to medieval times. Guests are accommodated in rustic, candlelit, and calming rooms with views of Byzantine roofs. Authenticity is important here: archways, high ceilings, cobblestone floors, and minimal furniture create a unique experience.

Matera is a wonderful city to visit, and staying at the Sextantio Le Grotte della Civita guarantees an authentic experience and impeccable service. Breakfast is served in the 13th-century church – a great way to start the day!

Built in 1915 for the Panama-Pacific Exposition, the Palace of Fine Arts is the only structure from the exposition that still stands. The design of this monumental structure is inspired by the classical period in Europe. Nowadays, the Palace of Fine Art is used for weddings, corporate events, private galas, trade shows or other events. The highlight of the structure is the lagoon in front, which works as a mirror and reflects the complex.