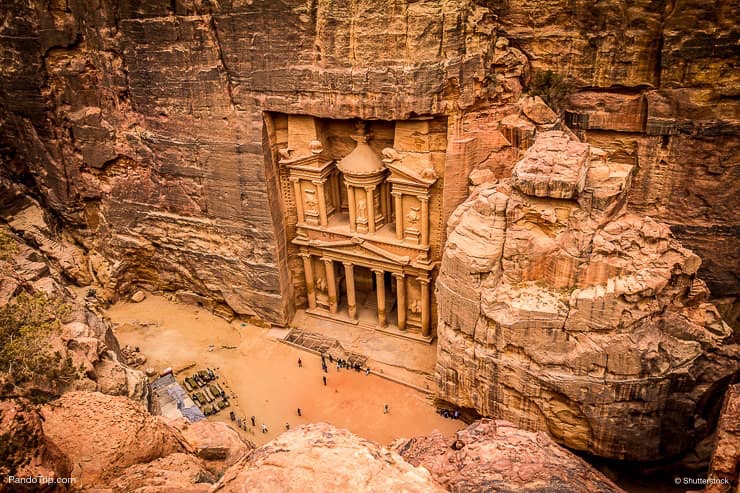 Ancient monuments have been standing across the Earth for thousands of years. They carry a tremendous historic, cultural and spiritual meaning. This week we have picked ten incredible landmarks of all sorts. Take a look.

The prehistoric monument was built in 3000 BC to 2000 BC. Scientists argue about how these huge monoliths were moved. Little is known about the people who made them, as well. However, there are a lot of stone circles around the UK, all have a religious purpose, while Stonehenge is one of the most famous of them all.

Visiting the stone circle provides a true spiritual experience. The circles were built in certain areas, that have a strong energetic vibes. 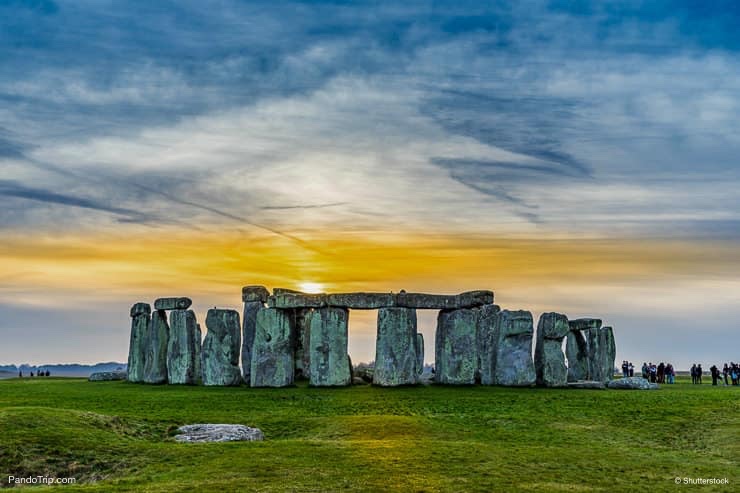 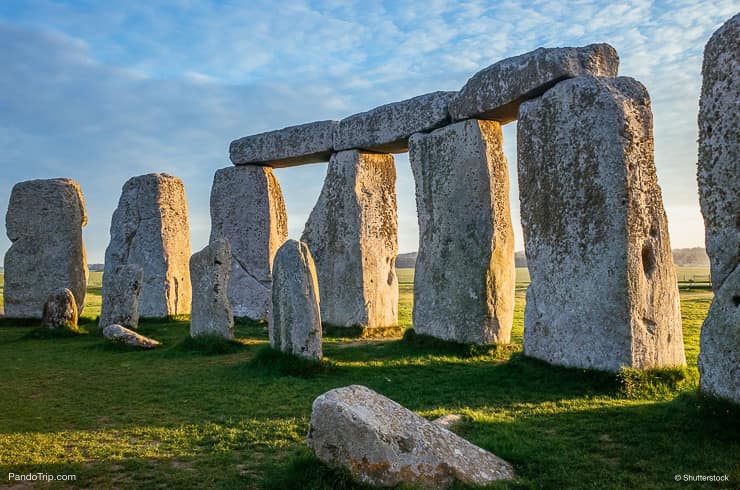 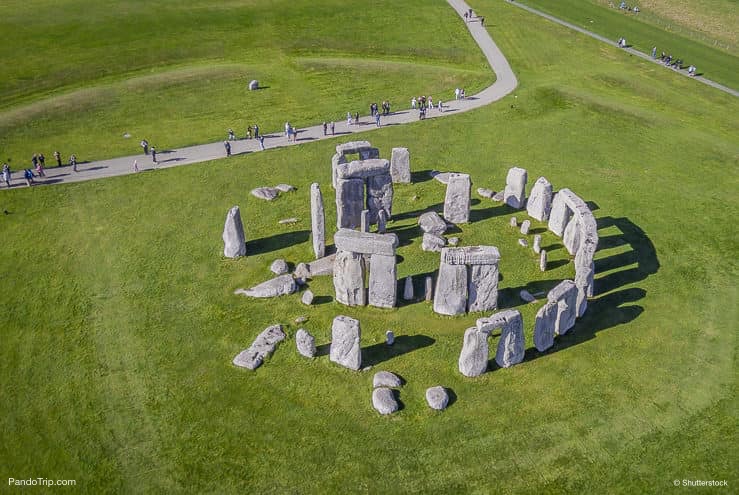 Also known as Lion Rock, the enormous – 200 meters high – rock served as a capital in the 5th century. The royal palace was built on the top of it and its sides were decorated with colorful frescoes under King Kasyapa’s command. Later it was used as a Buddhist monastery.

Today Sigiriya is protected by UNESCO. The well preserved spot is a wonderful example of the ancient cities: some hydraulic systems work even today. Sigiriya is one of the most visited sites in Sri Lanka.

The deep natural sinkholes are very often found in Mexico. Some, like in Chichén Itzá and Valladolid, are especially beautiful and popular among the tourists. Sacred Cenotes used to be visited by the pilgrims, who would sacrifice objects and sometimes even humans.

Choose your favorite destination and get there by bus or a guided tour from various cities in Mexico.

The majestic ancient monuments mark the glory of Ancient Egypt. Situated in the desert, on the outskirts of Cairo, the pyramids in Giza are the most popular among the tourists. The complex includes the Great Pyramid of Giza, which is the oldest and largest pyramid in the world.

The pyramids of Giza are the oldest monuments of the Seven Wonders of the Ancient World. 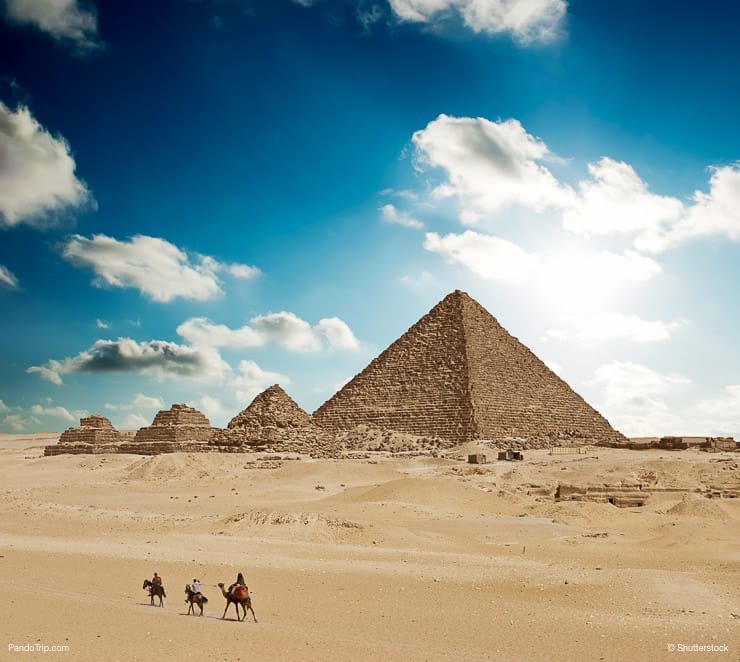 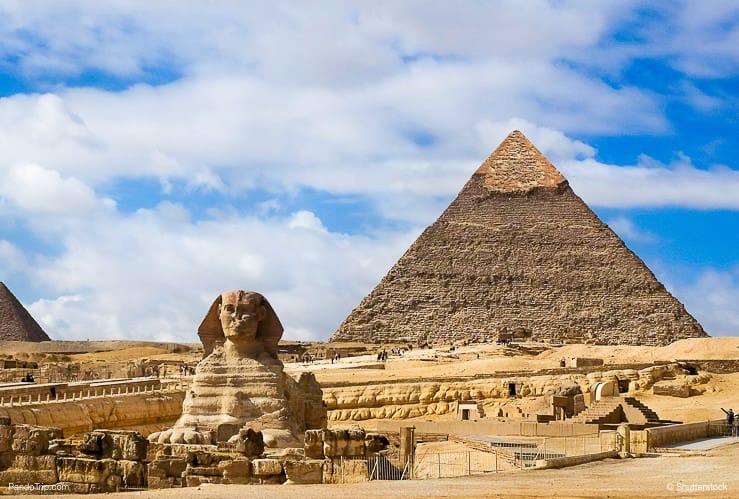 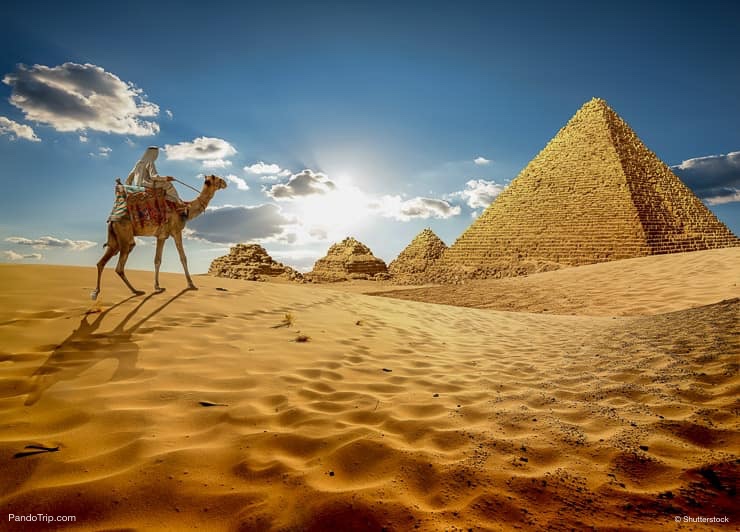 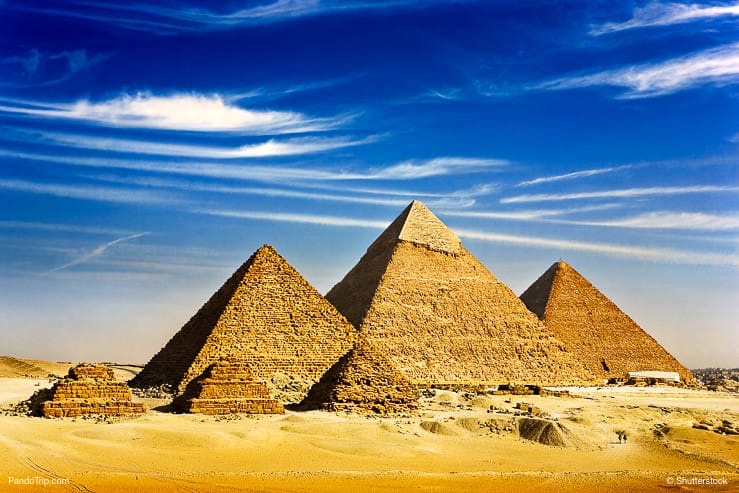 6. The Great Wall of China

The wall that can be seen from space, was built and rebuilt for centuries. The first walls were erected in the 7th century BC. During the Ming dynasty (1368–1644) the Wall has already become the largest military structure in the world.

The most famous site in the country, that has long history and rich heritage. 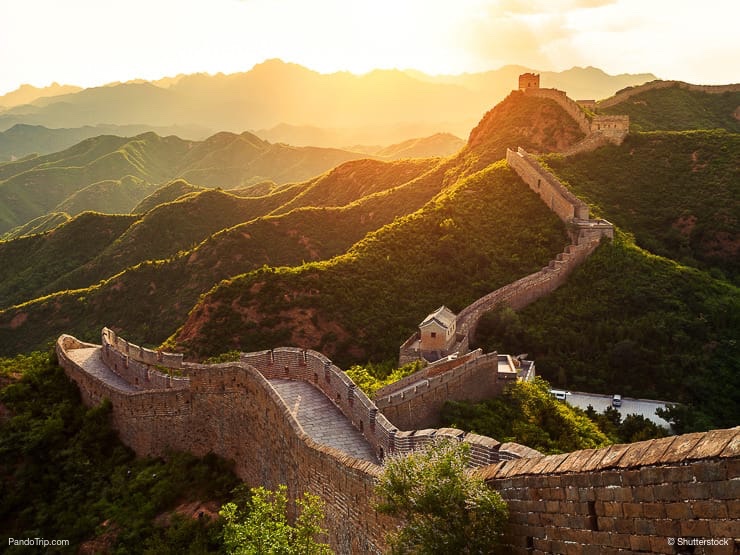 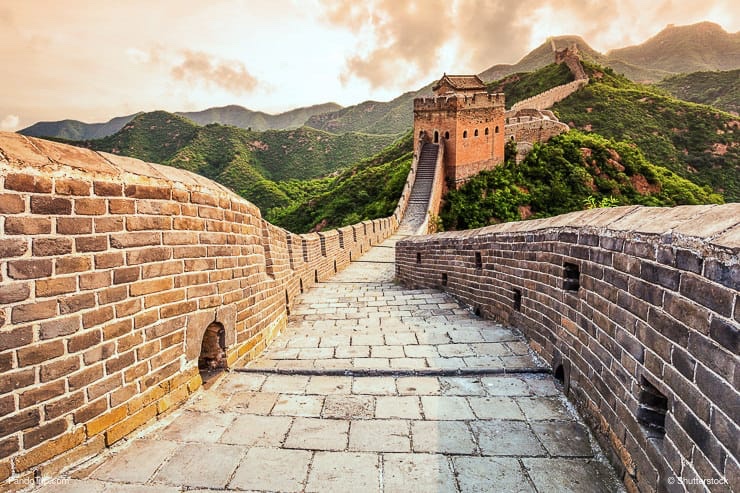 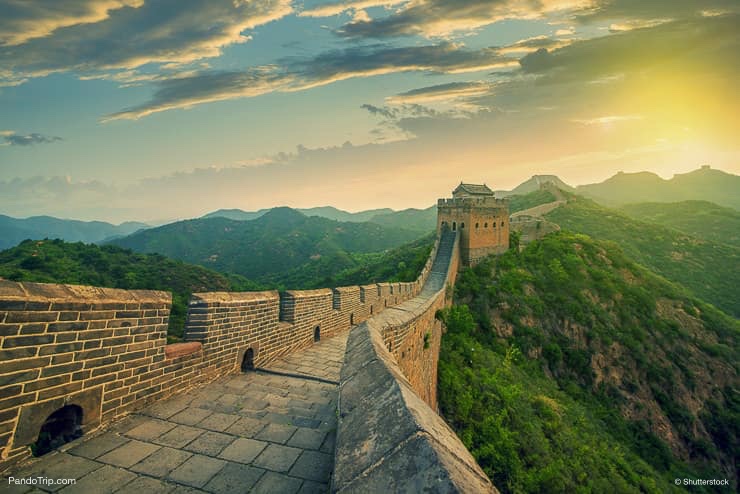 The Mahayana Buddhist Temple was built in the 9th century and can righteously be called an icon of Indonesia. Protected by UNESCO, this beauty is a complex of six square platforms, decorated with reliefs and 504 Buddha statues. From above the whole complex looks like a tantric Buddhist mandala.

Today the temple is still used for praying and meditation. Every year during the full moon pilgrims gather here in May or June to celebrate Siddhārtha Gautama’s conversion to Buddha. 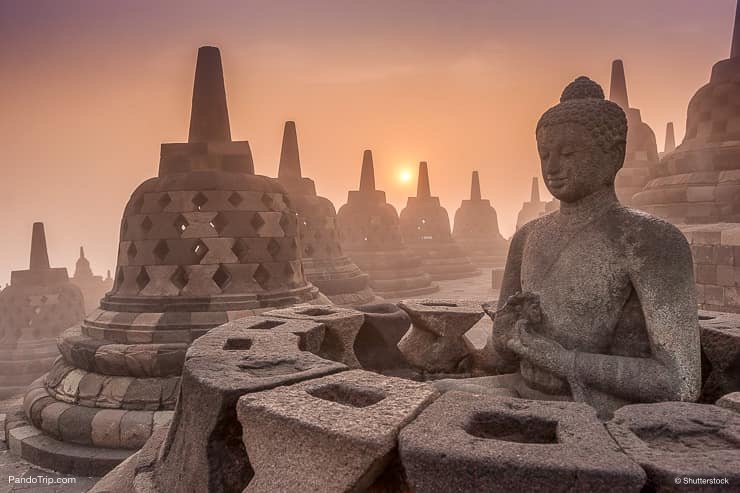 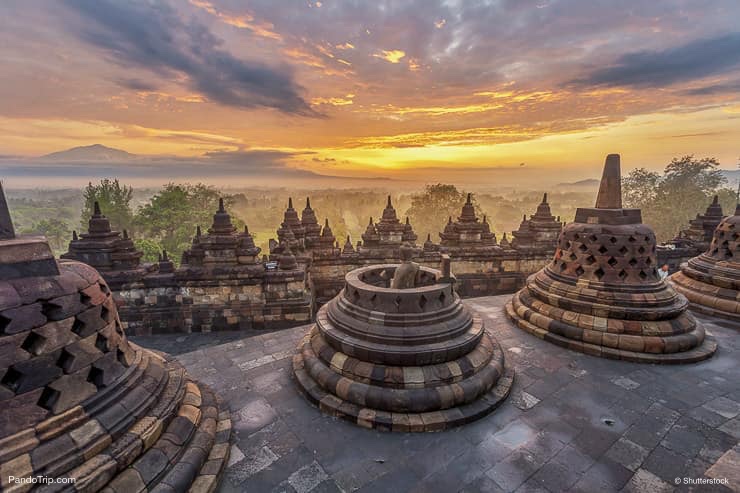 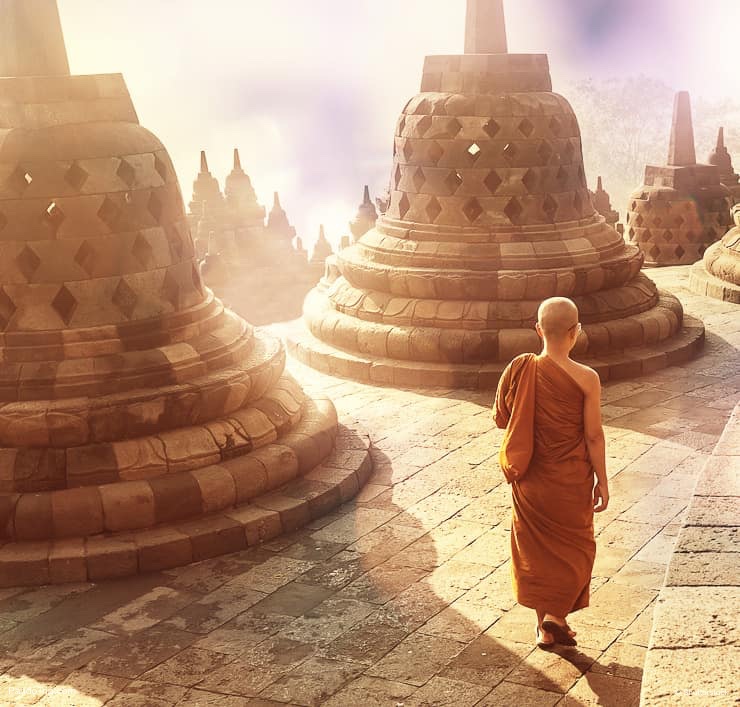 Found in Ubud, which is also a worldwide famous holiday destination known for its impeccable resorts, Tegallalang rice terrace is an ancient wonder. The elegantly descending terraces and high palm trees attract tourists to the valley. A viewpoint provides a spot to admire the site and take pictures. Even some painters come here to capture the beauty of Tegallalang.

The land owner offers tourists a coconut drink, to pose for a photo and to buy a hat made of fronds. There are other terraces in the neighboring villages of Pejeng and Campuhan as well.

Carved by the Rapa Nui people, the monolithic sculptures were made between 1250 and 1500. Scientists are still not sure how the giant figures were made and brought here, which adds up to the mystery surrounding the sculptures.

Besides viewing these amazing artifacts, you will also get to see the unspoiled nature of the island, which is so far away from the civilization. 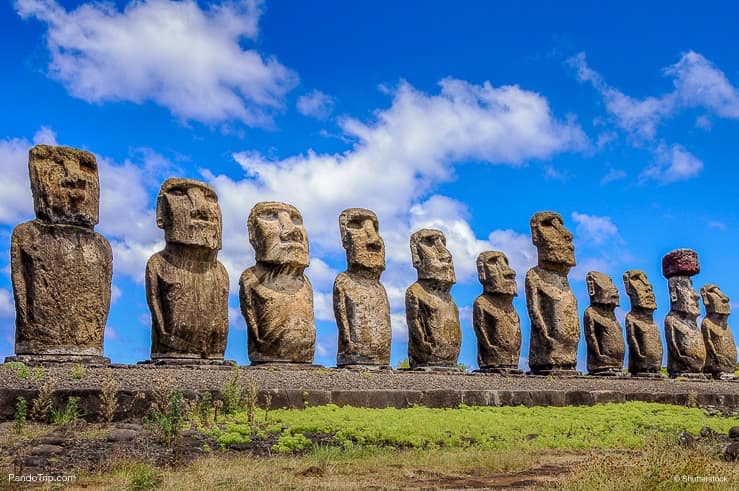 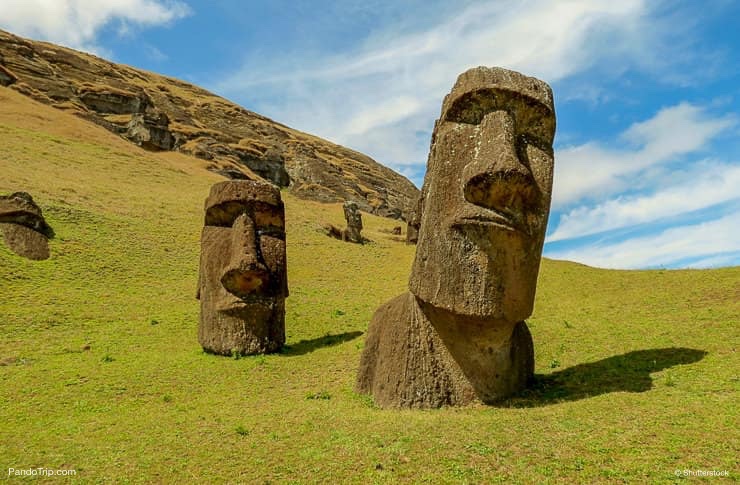 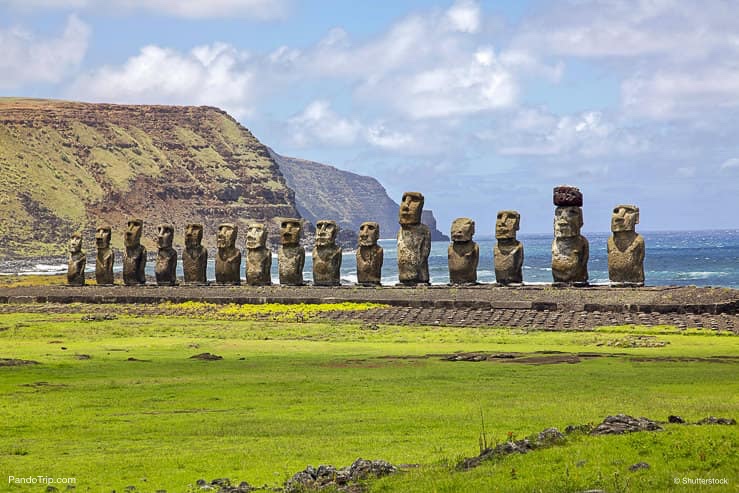 In the heart of the Eternal City of Rome one can find the ruins of once the most important and glorious state – the Roman Empire. The oldest buildings in the Forum date back to the 8th century BC. But the biggest and most famous reconstruction was made by the emperor Augustus, who has found the site made of bricks and left it made of marble.

Today an impressive number of visitors of around 4,5 millions explore the Forum every year. One of those unforgettable places to see at least once in a lifetime.

The staggering city carved from the rock is under the UNESCO’s protection and is one of the greatest architectural achievements. The city, as we now see it, was built around 200 BC. It took hundreds of years to carve a 50-meter high rock into this marvelous spot. The locals call this beauty the desert rose.

In 2007 it was voted to be one of the New Seven Wonders of the World. The city is open for many visitors from all around the world, who can admire the buildings and their spacious interiors. 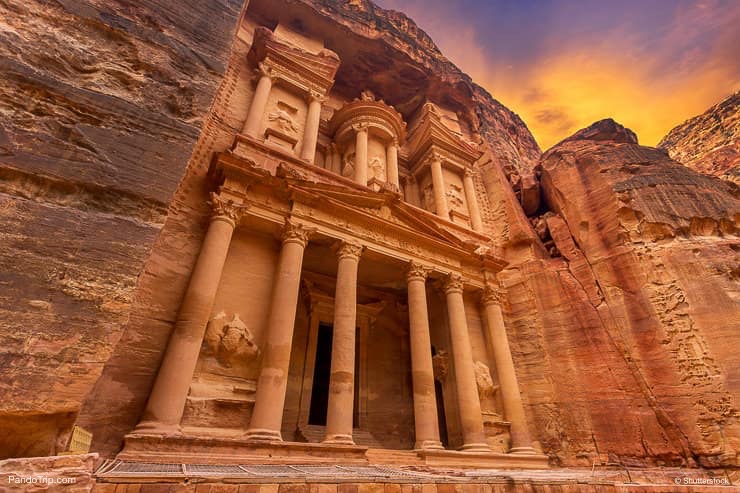 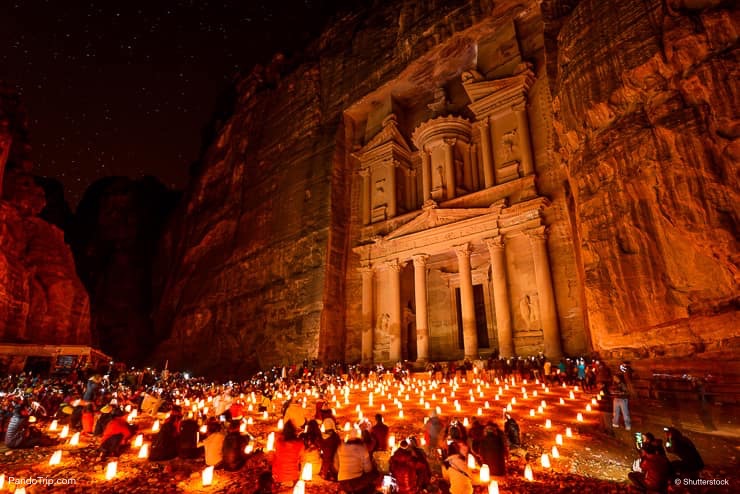 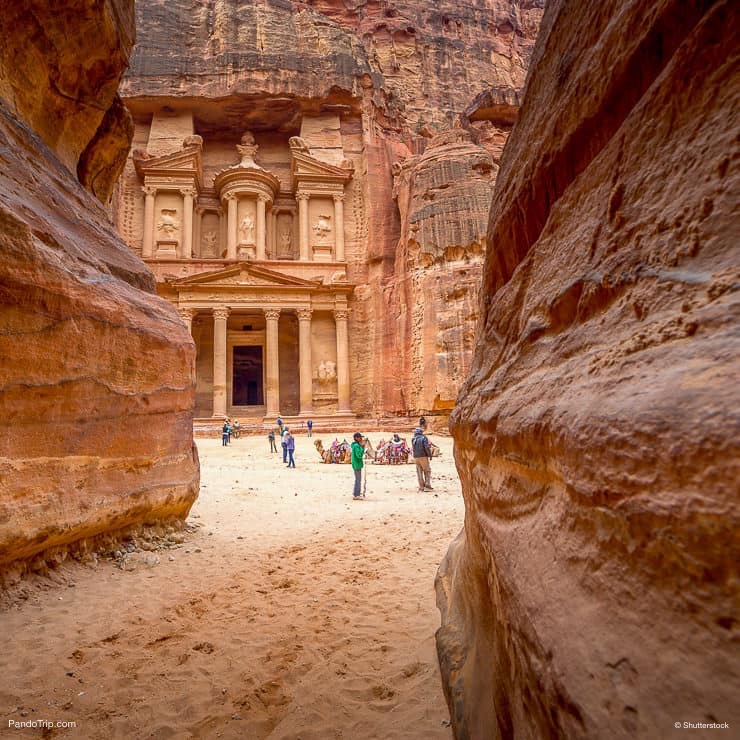