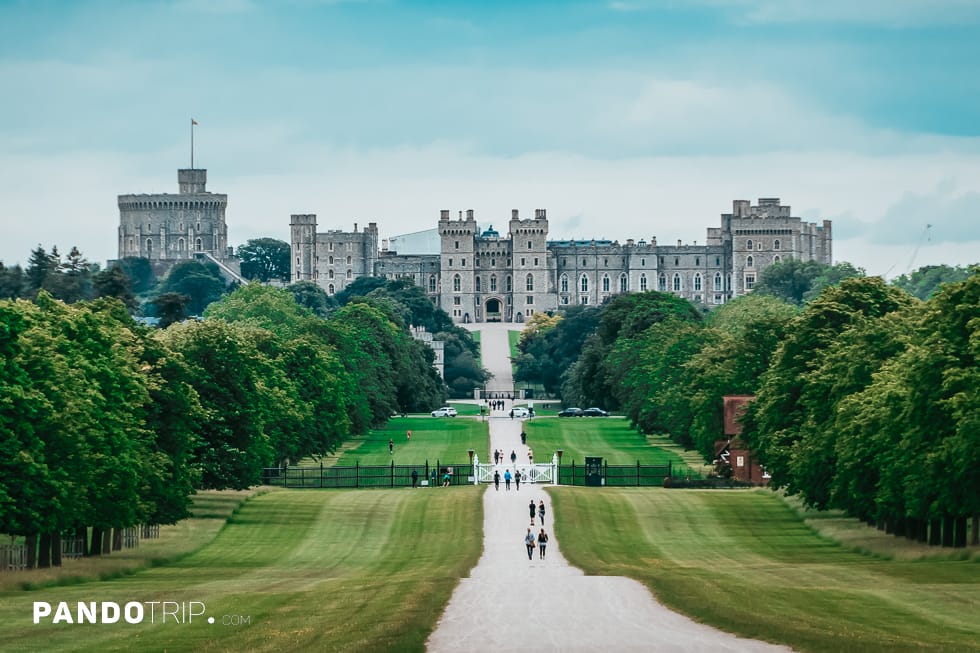 History has been tumultuous in Great Britain, which witnessed the bloodshed of various clans fighting over power. Castles have been their symbol of power. Today hundreds of them a scattered across the British Isles. We have picked the ten best – ancient, enigmatic, gorgeous castles in Great Britain.

The castle is named after Celtic saint Donnan of Eigg, who established a church here first in 617. It has witnessed a lot of aristocratic dramas and attacks from Mackenzie’s enemies. The castle’s renovation started in 1919 and was finished in 1932. Today it is one of the most popular castles in Scotland. Its dramatic exterior attracts many visitors, photographers, filmmakers, and advertisers.

Why go? Eilean Donan’s beauty has made it an iconic Scottish symbol. It is a historically and culturally important site, the most photographed castle in Scotland.

The original castle was first erected here in the 12th century. However, the original building did not manage to survive the historic turmoils. The present palace was built in the 19th century. Today it attracts numerous visitors who can admire the beautiful views of Belfast.

Why go? The castle features a visitor center, an antique shop, and a restaurant. Also, various events, including weddings, host here.

One of the world’s oldest royal palaces housed the royal family for almost 1000 years. And you get the chance to visit it, to see the royal apartments during a 2-3 hours tour. And keep in mind that the Queen still spends her weekends and holds many important events here – the castle is a real residence of the sovereign!

Why go? The largest inhabited Castle in the world and Queen Elizabeth’s favorite residence.

The British monarch’s official residence in Scotland is opposite Edinburgh Castle. A 17th-century palace features apartments of Mary, Queen of Scots that are open for the public to view. It is also haunted by Bald Agnes, who was accused of witchcraft. Maybe you will meet her too.

The Indo-Saracenic style palace was built in the 18th century for George, Prince of Wales, the future king. At the time, Brighton was a popular seaside town, and its fame kept growing due to the patronage of the royalty. The palace looked outstanding and exotic in a typical British city.

Why go? Unique palace with the visual style of India and China with a colorful history.

Scotland has the biggest density of historic fortresses and palaces per acre than anywhere else in the United Kingdom. But Edinburgh Castle is the most visited castle in the country.

Why go? Edinburgh Castle is a symbol of Scotland and a must-see attraction on a trip to Edinburg. You don’t have to be a history buff to enjoy Edinburgh Castle; everyone will find something interesting. Plus, from the castle, you can get the best view of the city,

In the picturesque surroundings, a four-story castle is posited on a little islet in the middle of the lake. However, sometimes it is difficult to access the castle due to water unless during the low tide. However, it can be approached from the A828 road, providing a scenic ride.

Why go?  Admire the wonderful 14th-century castle and breathtaking landscape.

The royal residence is an official residence of Prince William and Duchess Kate. It is open for visitors and has various exhibitions inside. It’s also possible to walk through beautiful gardens with an artificial lake, walkways and various plants.

Why go? A historic site with beautiful gardens in the heart of London. The place is a great retreat from the hustle and bustle of the city.

A Jacobethan country house is a beautiful historic landmark that got world-famous as the main filming location for the TV series Downton Abbey. Today the castle belongs to the Earl and Countess of Carnarvon – a family who has owned the place since the 17th century. It is also available for weddings and other events.

Why go? It’s an impressive palace with a beautiful park, gardens, and woods that sprawl over a huge territory. What’s more, the castle features an Egyptian exhibit: the 5th Earl has discovered and brought the tomb of Tutankhamun.

The ruins of the Medieval castle are posited in the wonderful surroundings. The castle is found on the rocky cliff overlooking the deep blue sea. The area also features hiking trails that allow exploring the beautiful environment.

Why go there? Visit the historic castle, which has inspired a lot of artists. Also, admire the beautiful unspoiled nature here.