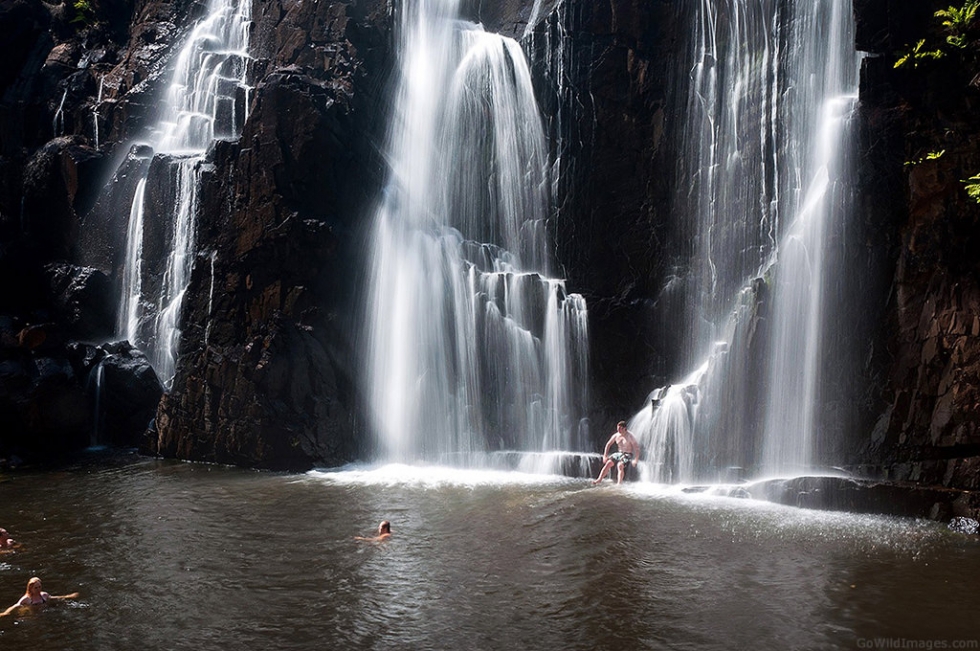 MacKenzie Falls, Victoria, Australia. Found in Grampians National Park, which is proud of its numerous cascading waterfalls, MacKenzie Falls is one of the most favorite and popular attractions. Its powerful stream plunges 35 m (115 ft) down the ancient rock formations all year round, unlike most of the other falls in the park.

The waterfall is one of the most photographed landmarks in the area. But besides being a real treat to your eyes and lens, MacKenzie Falls offers the most exhilarating swim. The natural wonder leaves an unforgettable impression partially because it is surrounded with a rather arid and brown environment. But Lake Wartook and MacKenzie River ensure its constant flow.

One of the most beautiful natural landmarks in Victoria.

The park is only 3 hours drive north-west of Melbourne. The best way to get there is by car. The waterfall is a short hike from a parking lot.