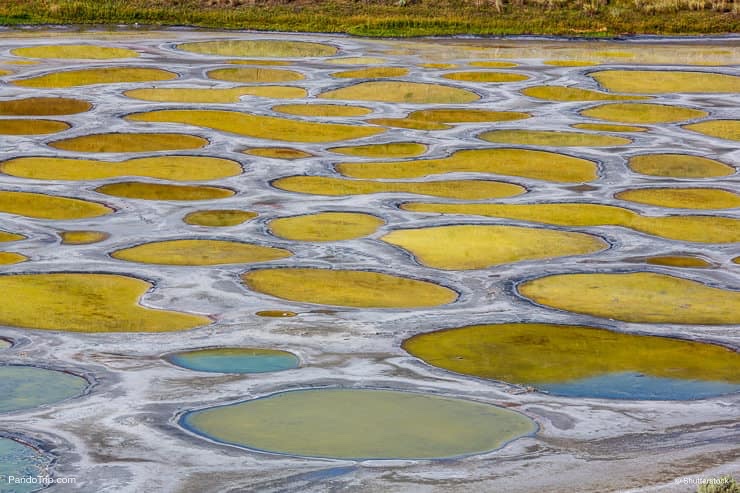 Spotted Lake, Osoyoos, British Columbia, Canada. An unusual saline lake attracts not only due to its appearance but also for its healing powers, that are provided by the numerous minerals like magnesium, calcium and sodium sulfate.

It is an endorheic lake, which means that neither river nor sea provides it with water. Therefore, it evaporates during summer, leaving the spotted land behind. Due to the minerals, the spots can appear as white, yellow, blue or green.

The natives of the Okanagan Valley consider the lake to be sacred. They used its water to heal pain. Although businessmen wanted to establish a spa center here, the natives have redeemed the lake and today it remains a sacred site that can be observed from a distance. It is easily accessible from Highway 3. 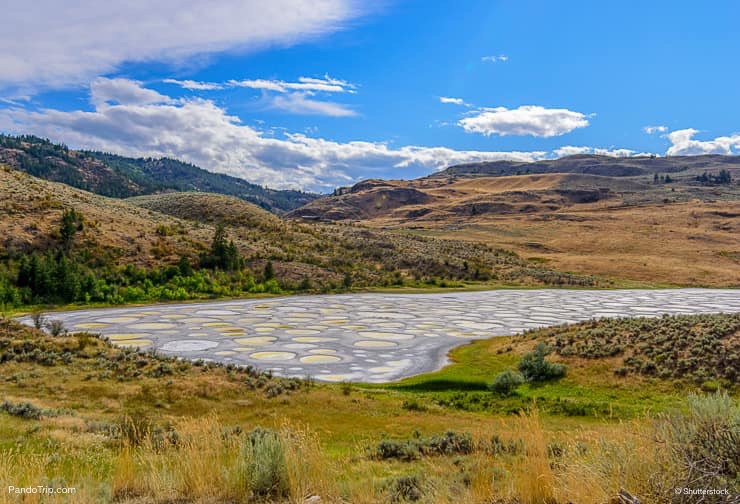 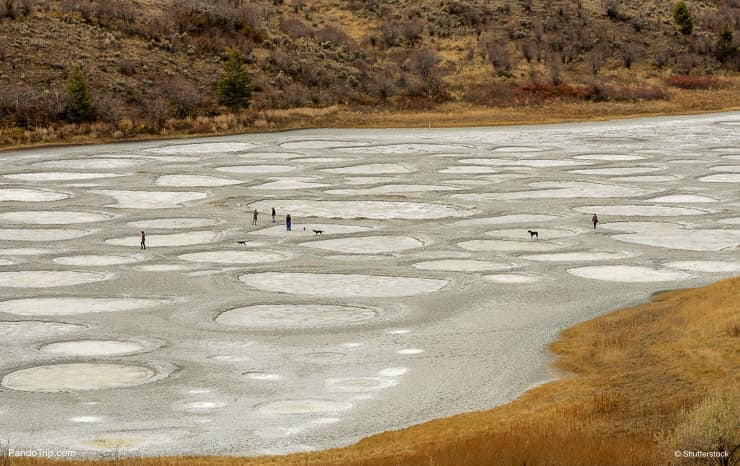 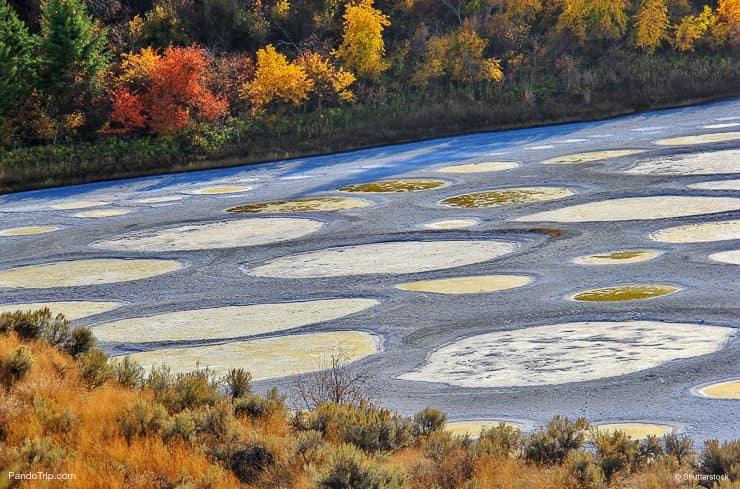 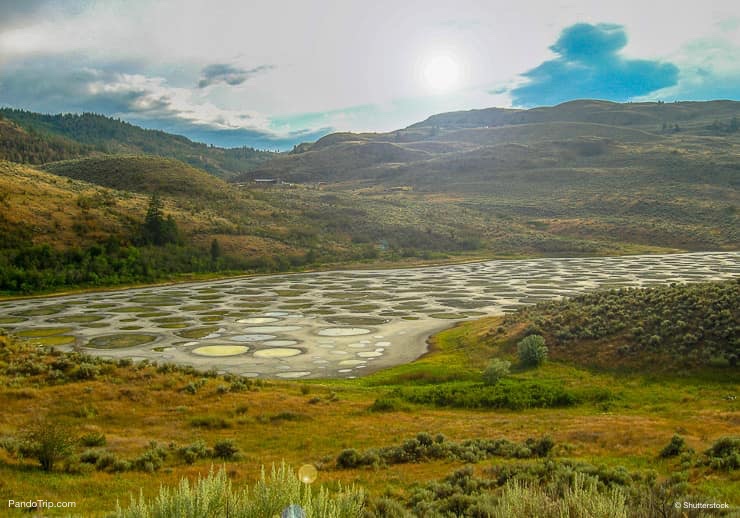 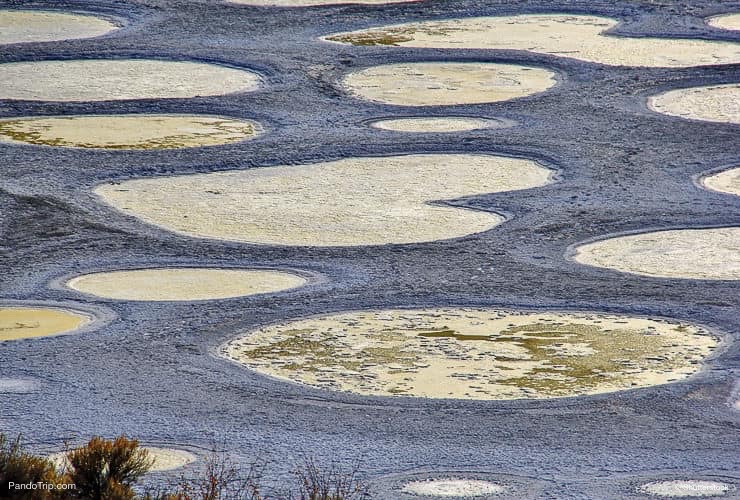 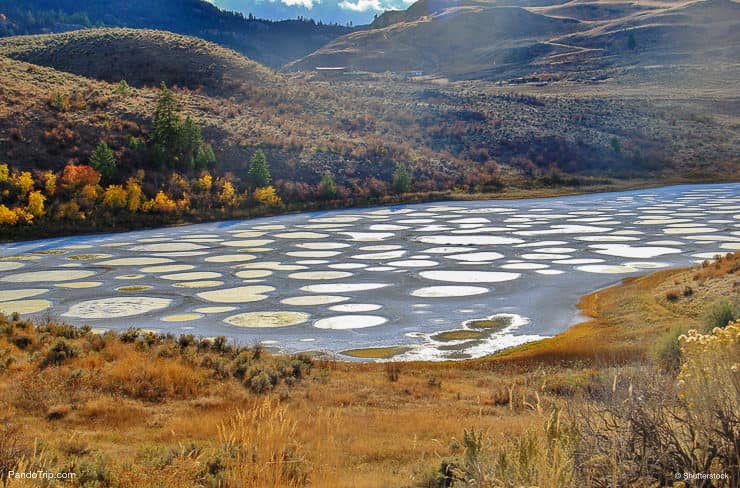 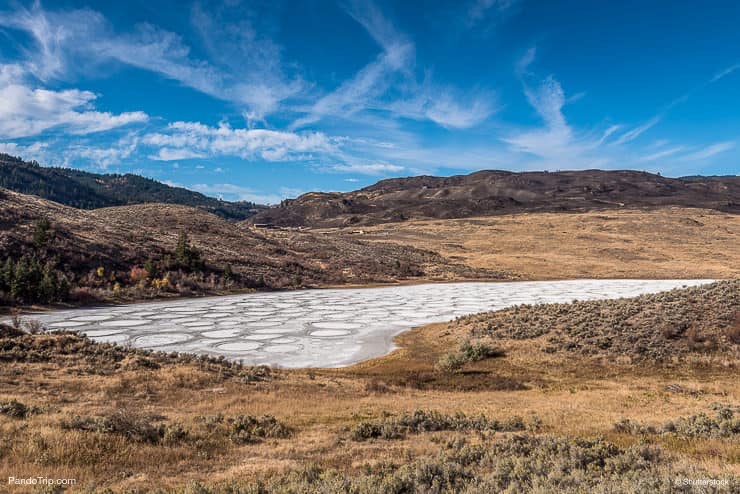