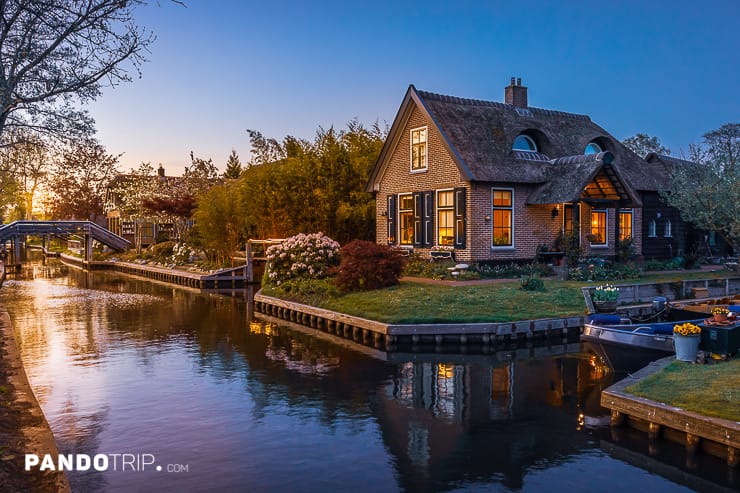 Giethoorn, in the Dutch province of Overijssel, is often called the “Venice of the Netherlands”, but unlike the Italian city of water, here are no streets and no modern transportation, just canals.

Anyone going to Giethoorn should leave their car outside the village and travel by boat. Usually by “whisper boat”, which has an electric, noiseless motor, because diesel engines are forbidden in this area.

Most houses in the village are located in small, private islands, which are connected by bridges. Lots of bridges. To be precise, there are more than 180 bridges in Giethoorn.

The nickname “Venice of the Netherlands” doesn’t describe Giethoorn very well. It gives a false impression of size and crowds, and commercialism within the village. This is not Venice or Amsterdam. It is too quiet, too serene and remote. Even the village’s website says that “the loudest sound you can normally hear is the quacking of a duck or the noise made by other birds”.

Just imagine what life would be like there: every day you’d arrive home by boat to your small, private island and enjoy the stunning view from your living room. Silence. Beauty. Peace. Well, most of the time, when the village isn’t swamped by tourists.