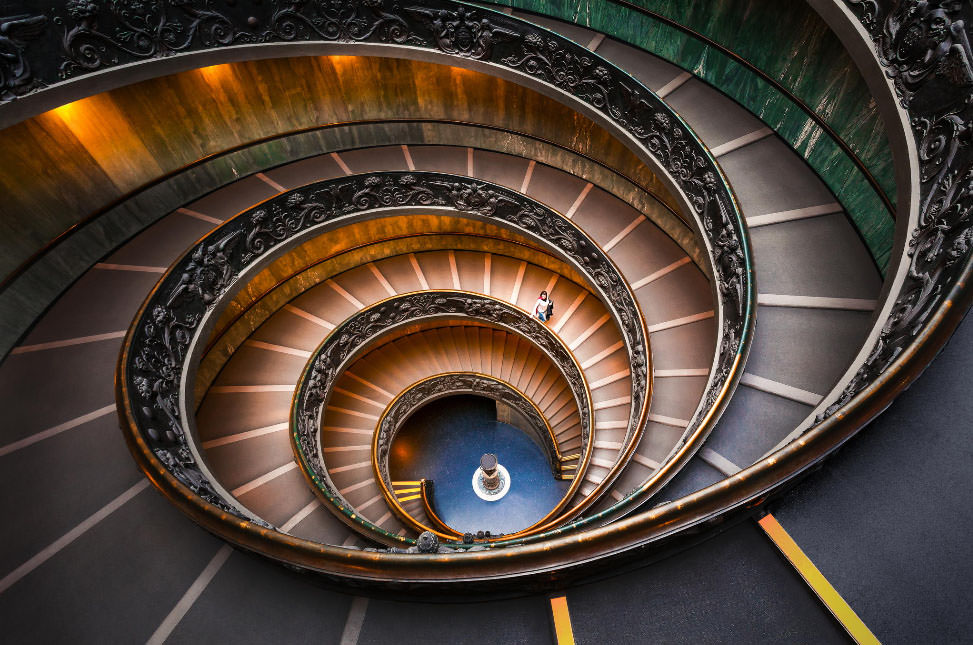 Spirals have fascinated artists and architects for centuries. It adds up fluidity and ease to the otherwise stable buildings. The swirling elements instantly catch attention and put the viewer in a dreamy state. Check out these beautiful spirals and pick your favorite. Hopefully you won’t get dizzy!

The masterpiece of an architectural genius Antoni Gaudí, Casa Batlló is a surreal work of art. Numerous gorgeous details outside and inside require to approach the building very carefully. These ceilings in the Noble Floor is open to the public to view and admire.

A must-see site in Barcelona, an architectural wonder.

It is found in the center of the city. Walk there while exploring Barcelona.

The stunning castle was built independently by sculptor and architect Jeno Bory between 1923 and 1959. The artist have combined various styles, including Scottish, Romanesque and Gothic. The castle represents love to his wife and this staircase might very well be a symbol of love.

Visit the castle and the galleries inside. 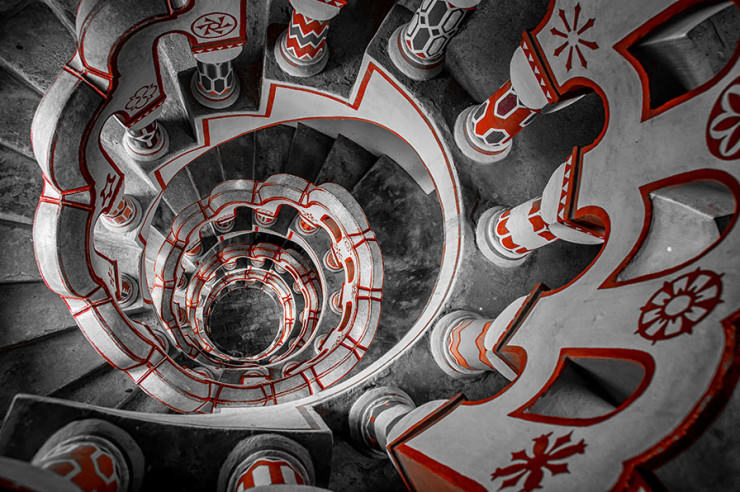 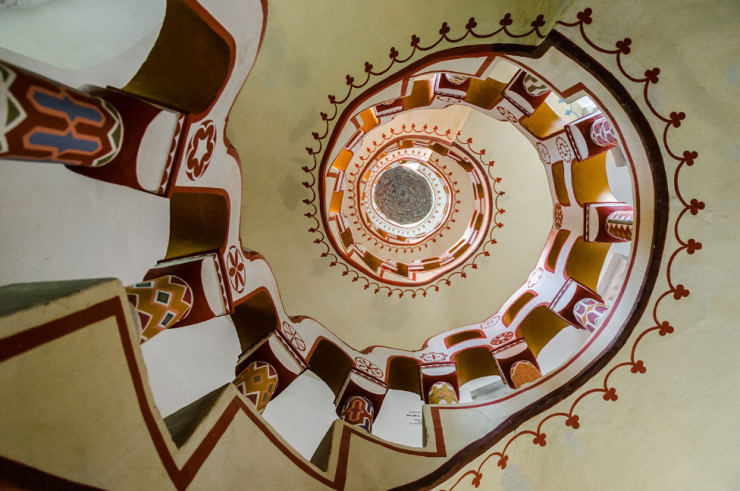 Situated in the suburbs of Lisbon, Sintra like a magnet attracts thousands of tourists everyday. Many architectural monuments are protected by UNESCO, including Quinta da Regaleira. The Inverted Tower whirls down to the lakes and fountains.

From Lisbon drive by bus. 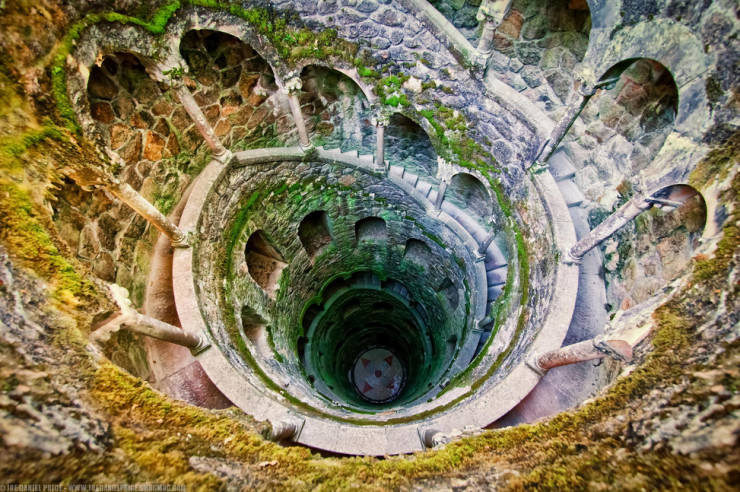 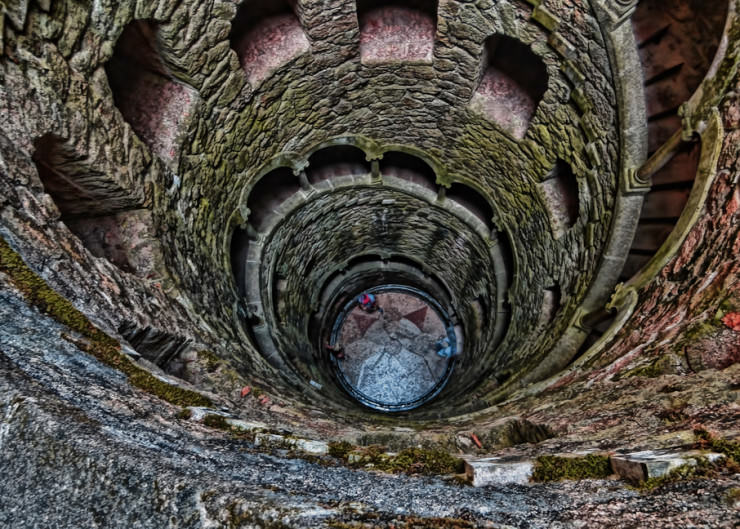 The complex of five skyscrapers has many spiral staircases inside. Decorated with mosaics, plants and sculptures, the buildings are truly inspiring. There are many boutiques, restaurants, a cinema and events in the center as well.

Various activities; the stairs are popular among the photographers.

Located in the downtown and easily accessed by car or public transport.

Read more: The Surreal Design Inside of Embarcadero Center in San Francisco 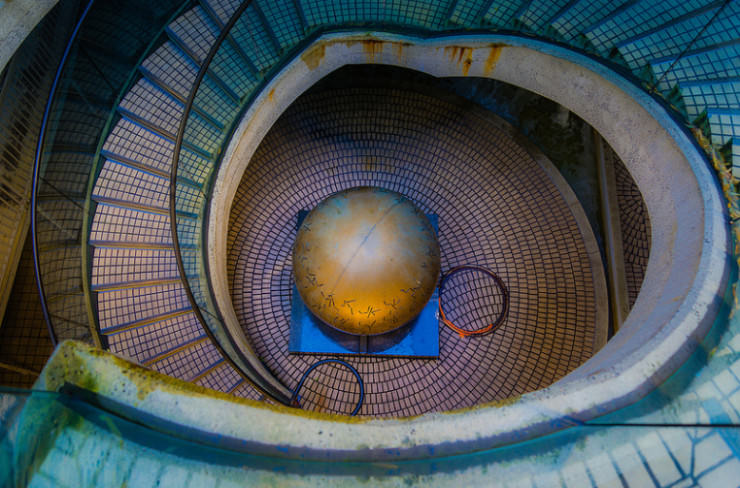 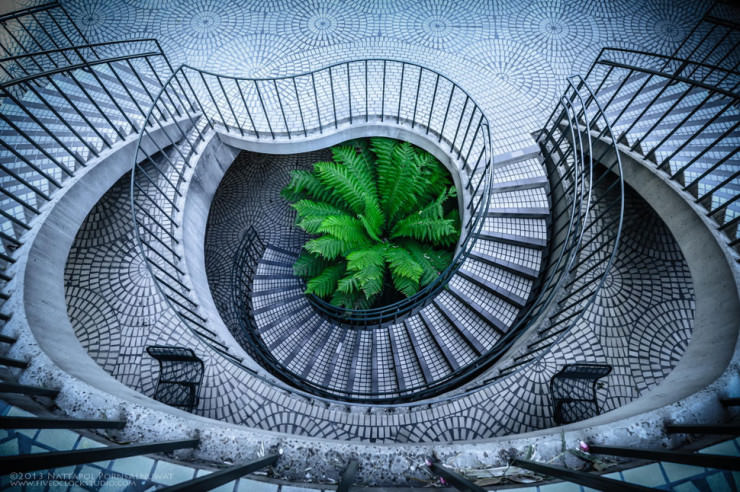 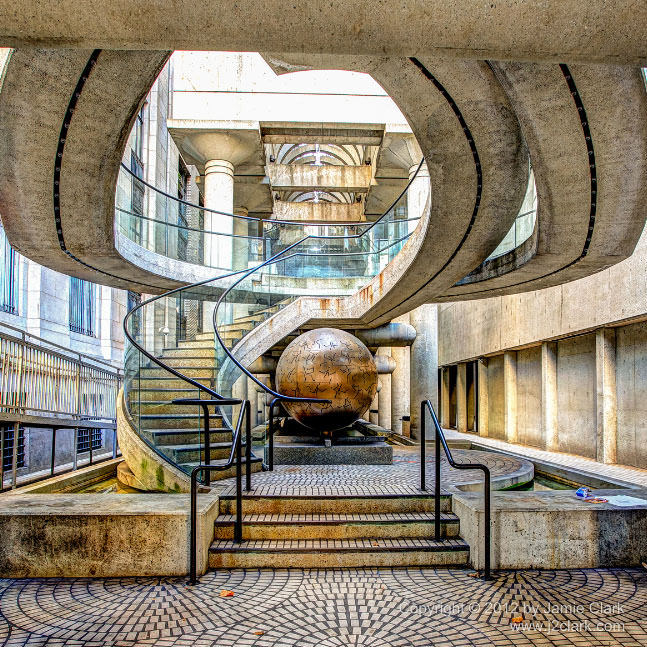 The medieval clock is the most popular piece in Prague. It is the oldest working clock in the world after all! Tourists gather every day to see the animated figurines, that appear every hour. However, this surreal structure is the elevator, that rises to the tower.

Historically significant and the most popular site in Prague.

It is situated in the center of Prague. Walk there while wandering in the beautiful old town. 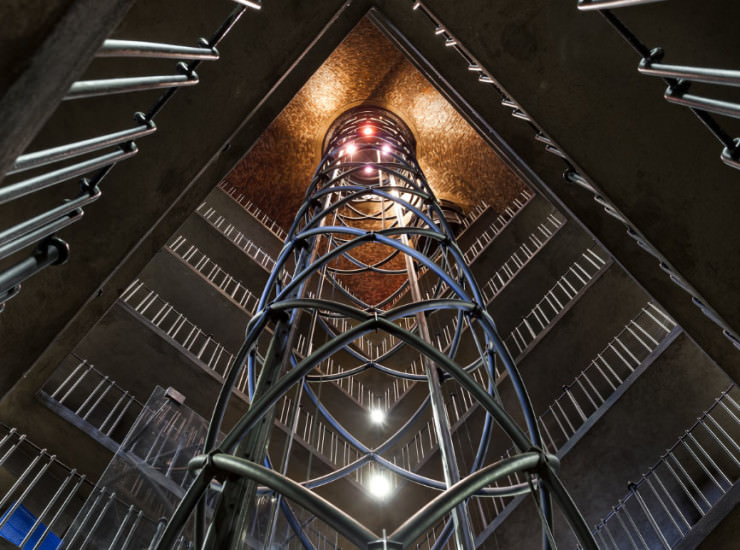 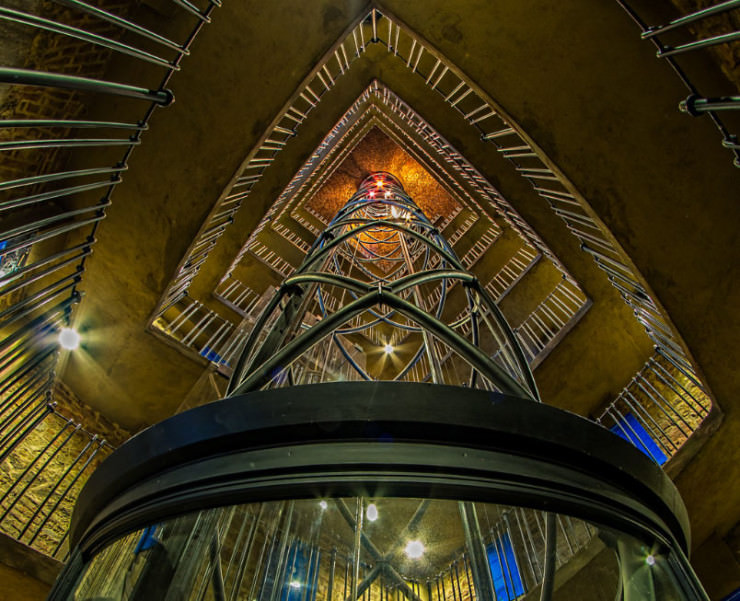 A British furniture store was established in the early 19th century. It features a stunning spiral staircase designed by architect Cecil Brewer in 1916. A lot of visitors come here to admire the beautiful stairs alone, also known as the Brewer Staircase.

A famous architectural site and store in London.

Heal’s store is situated on the Tottenham Court Road, which is opposite to the Goodge Street tube station. Get there by metro. 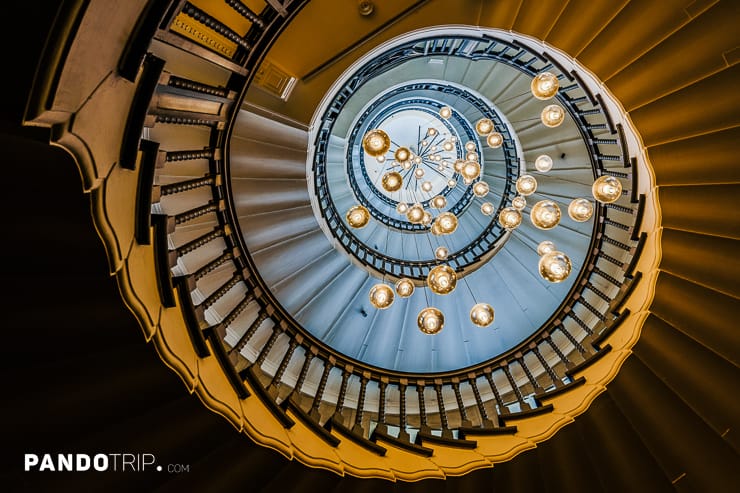 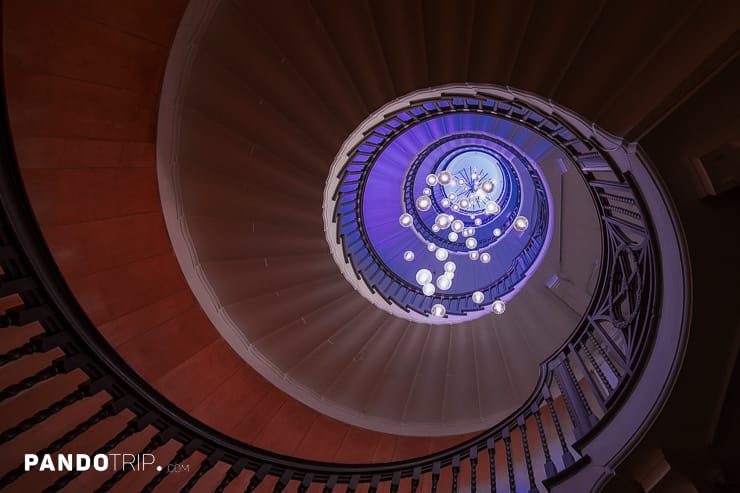 You can find various offices here, including the Danish Agriculture and Food Council. Not especially appealing from the outside, the building, completed in 1920, features this fantastic spiral staircase and an impressive hall inside.

It is located on Vesterbrogade street, across the Tivoli Gardens, the Central Station and the City Hall. 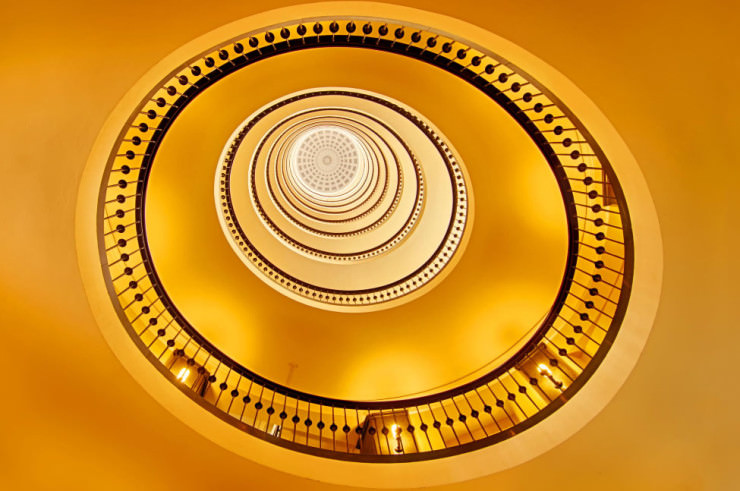 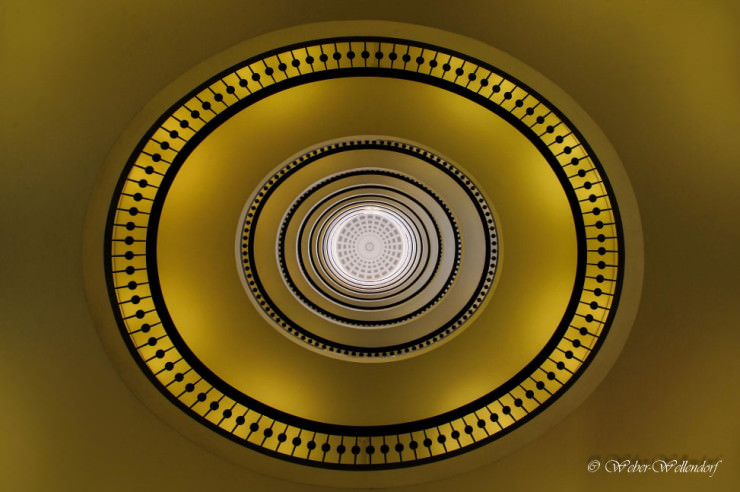 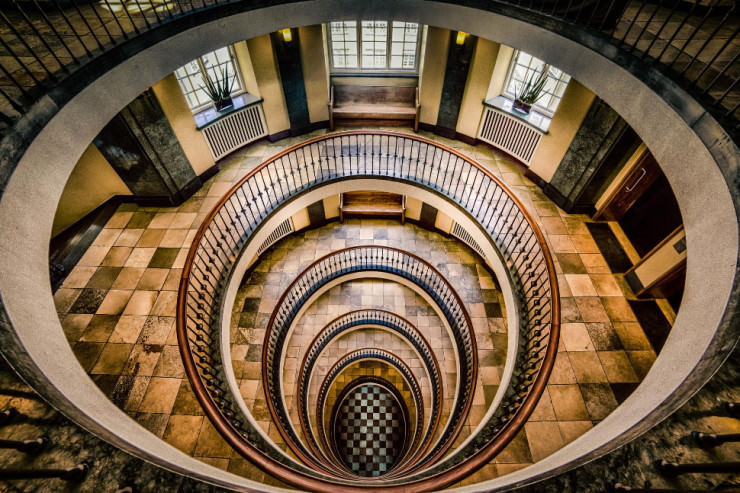 Built in Greenwich between 1616 and 1619, the stairs are an important element of evolving British Renaissance. After a trip to Italy, King James I of England commissioned to build the palace for his wife. The whole palace marked a cultural turning point in Britain.

Visit the museum and the beautiful palace. It is possible to arrange weddings and other events here. 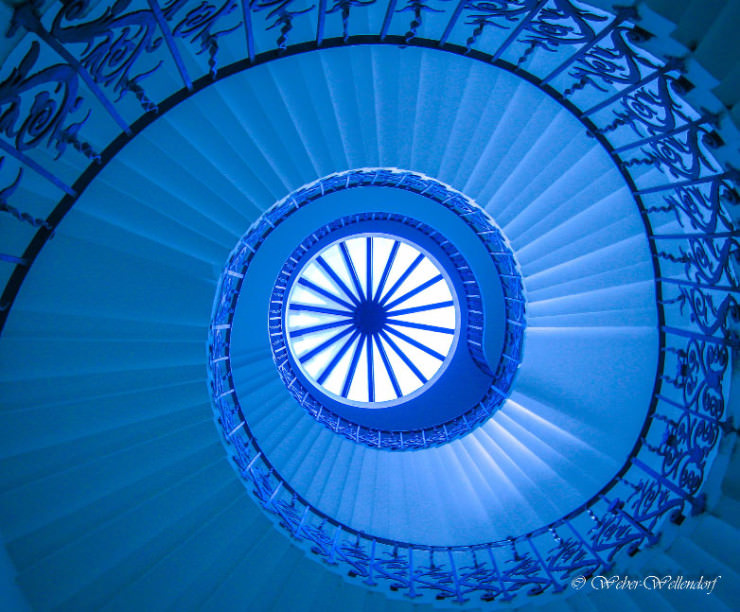 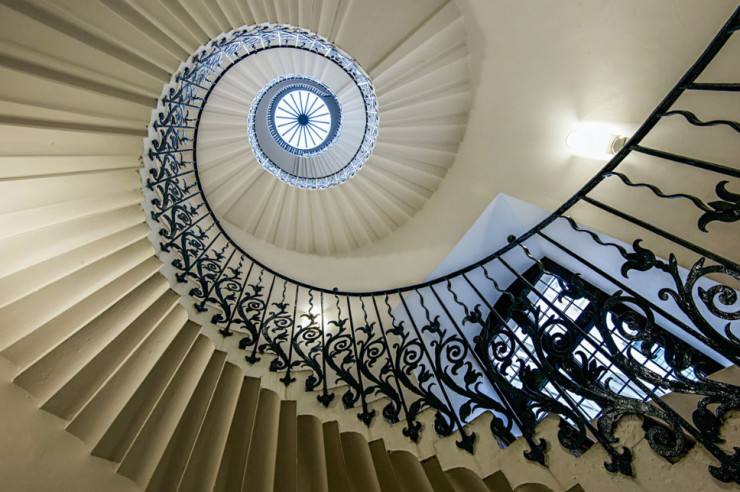 Found in Thanks-Giving Square, which is established and operated by the non-profit Thanks-Giving Foundation, the chapel features this gorgeous stained glass spiral. It is the most recognizable feature of the complex, which is dedicated to the American Thanksgiving tradition.

A very nice site in Dallas; in the square you can learn more about the Thanksgiving Day.

It is found in the City Center District. 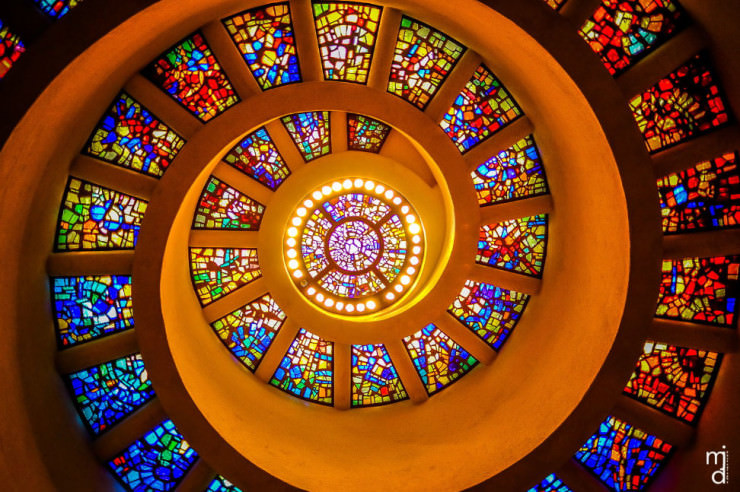 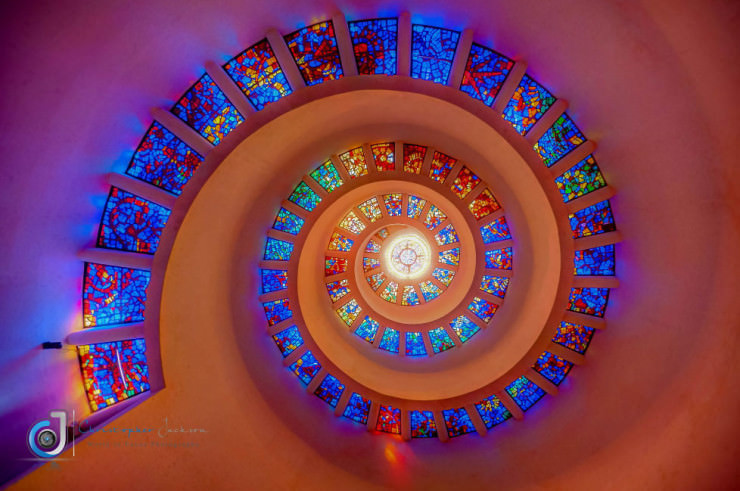 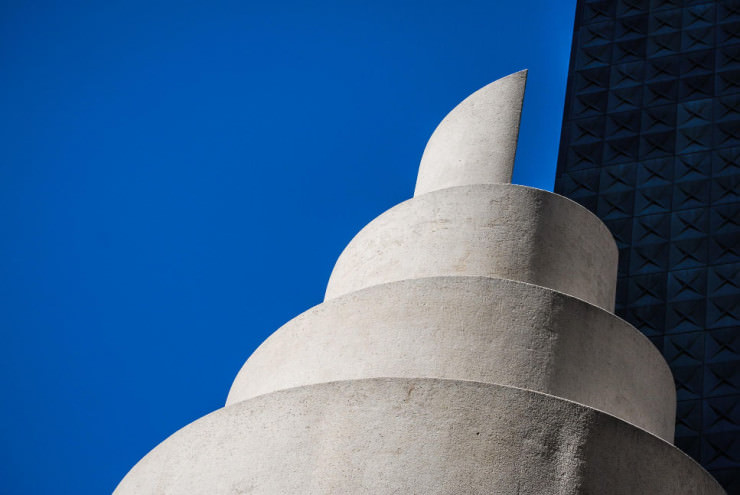 The Vatican Museums house an enormous collection of art, which is being visited by approximately 5 million people every year. The magnificent spiral staircase was designed in 1932 by Giuseppe Momo and attracts photographers’ attention.

Visit the most important museum in Europe once in Rome.

All year round from Monday to Saturday, except Easter and Christmas. 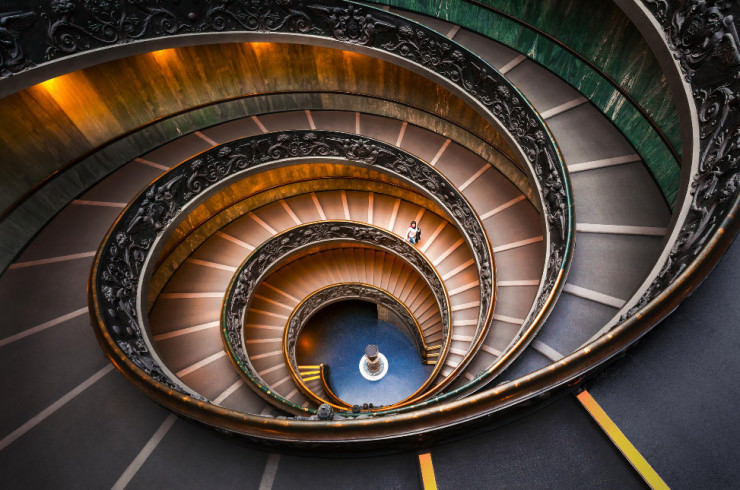 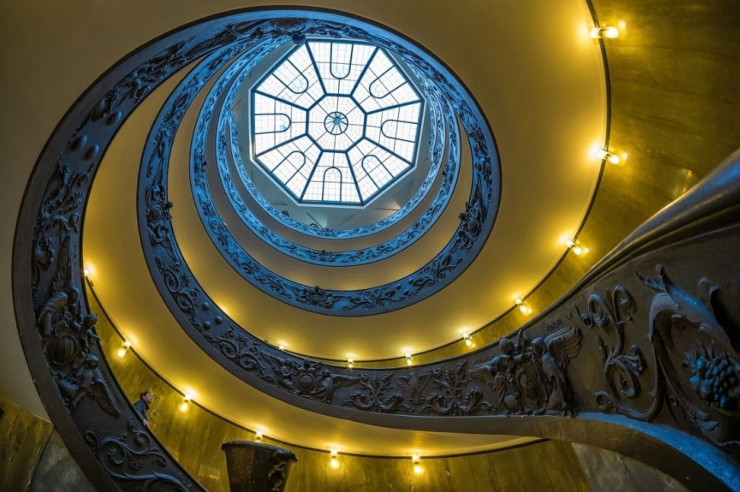 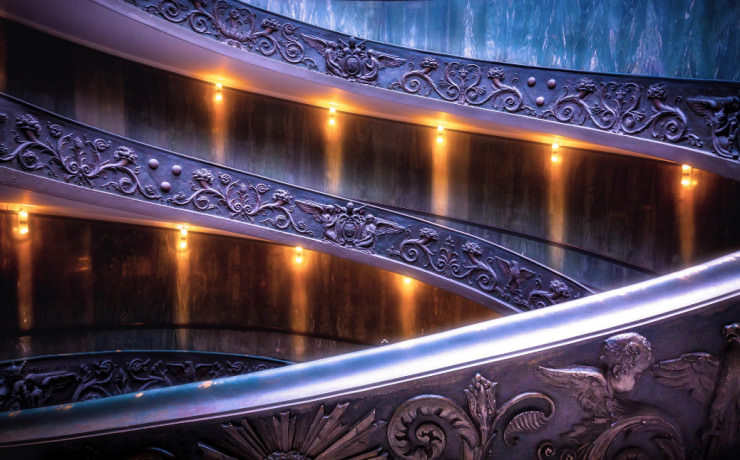 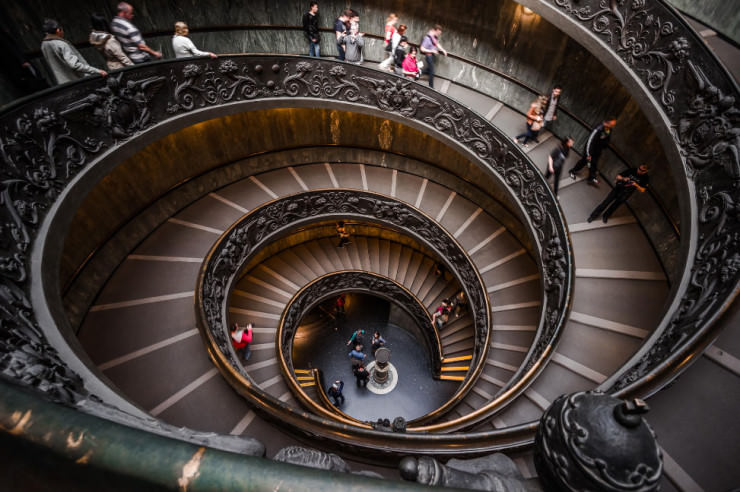