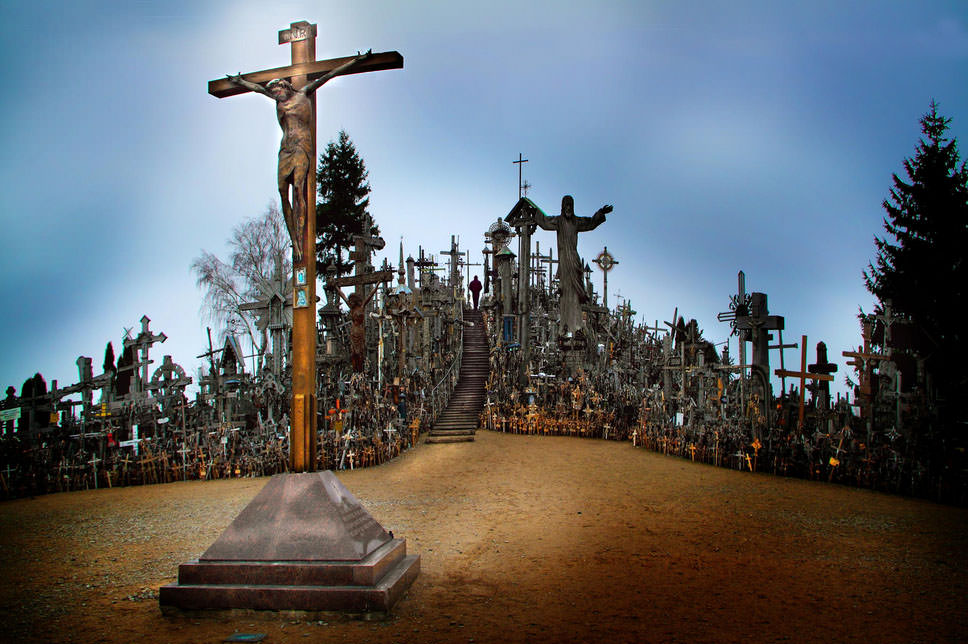 The Hill of Crosses, Siauliai, Lithuania. The hill is one of the most famous sites in the country. The origins of the tradition to make a pilgrimage and leave a cross are uncertain, however, it is associated with the 1831 Uprising. After a riot people used to leave crosses in the memory of those, who were lost in a battle.

The tradition has been maintained during the decades until this day and it continues. It is estimated that there are almost 200 000 crosses on the hill. They include crucifixes, carvings, statues of Jesus Christ and Virgin Mary. A lot of rosaries are hung on the bigger crosses. The artifacts from various decades make a unique display of folk art.

Pope John Paul II visited the Hill of Crosses in 1993 and declared it the site of hope, peace, love and sacrifice. Pilgrimages to the hill signify resistance against the wars and terror, since it has survived the country’s occupation. The hill is one of the most visited and authentic sites in Lithuania.

Make a pilgrimage, see the folk art and amazing display of thousands of crosses.

Anytime – the Hill of Crosses is open for public all year round, all the time.

By bus from Siauliai or by car taking A12 road.

Read more or book: Hotels near the Hill of Crosses 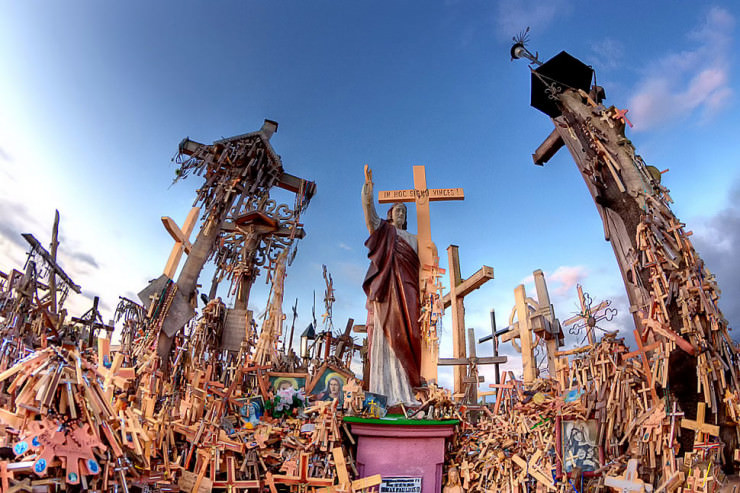 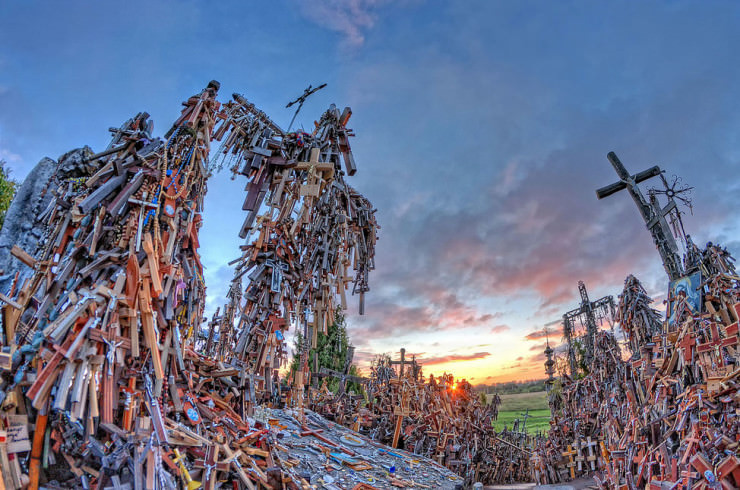 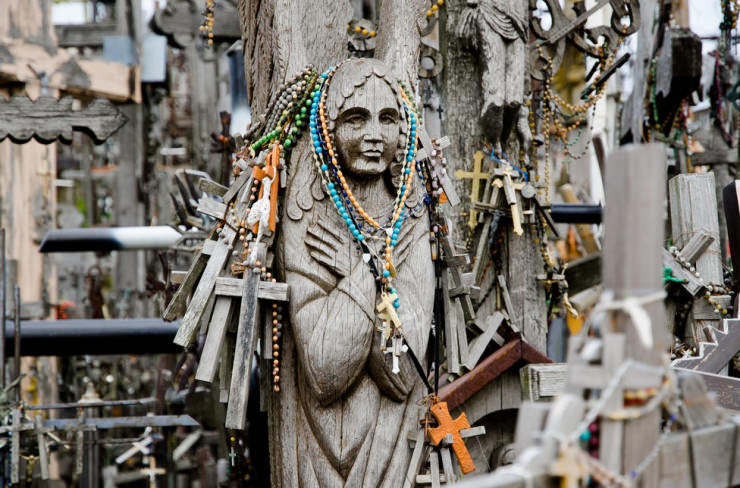 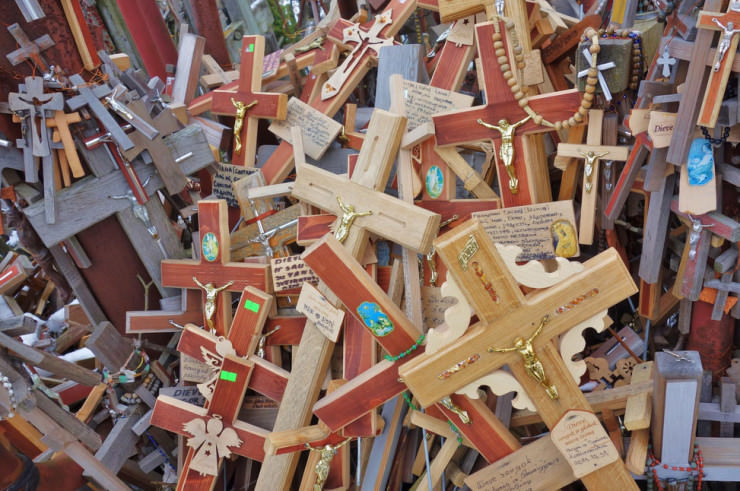 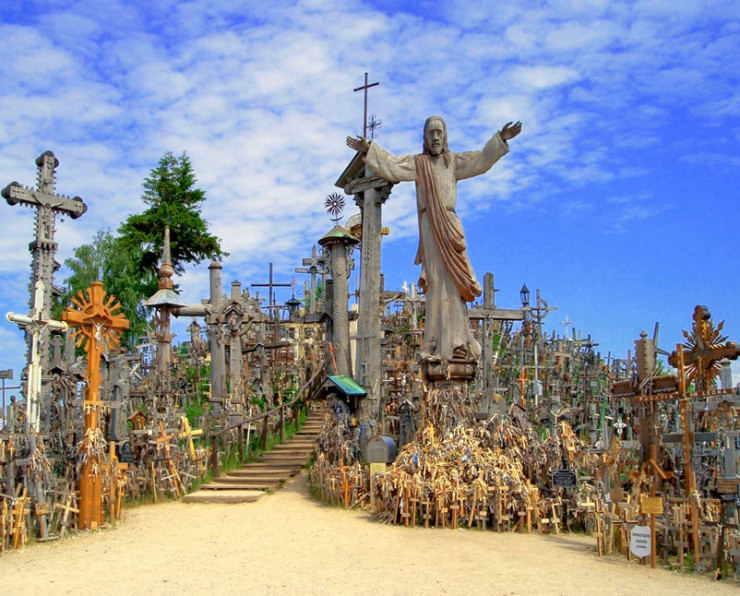 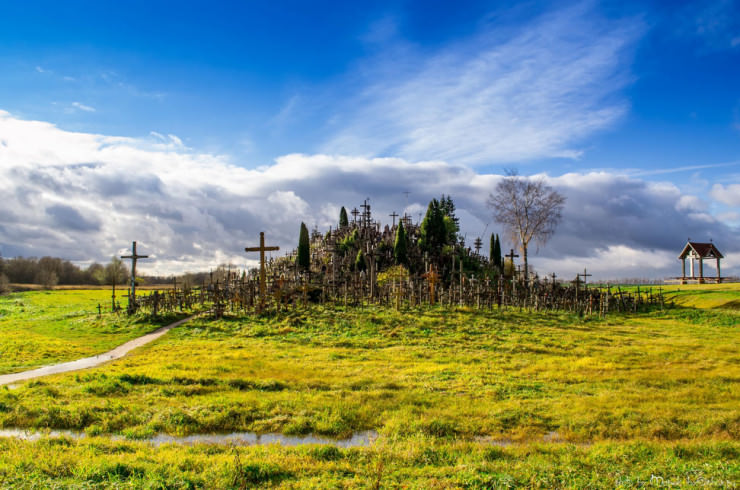 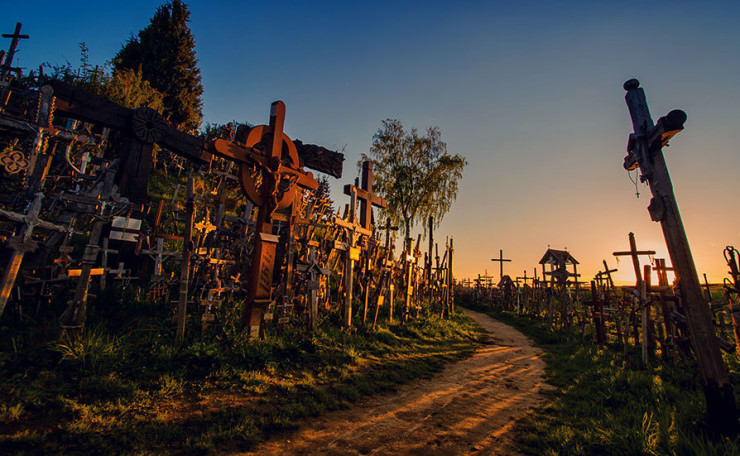 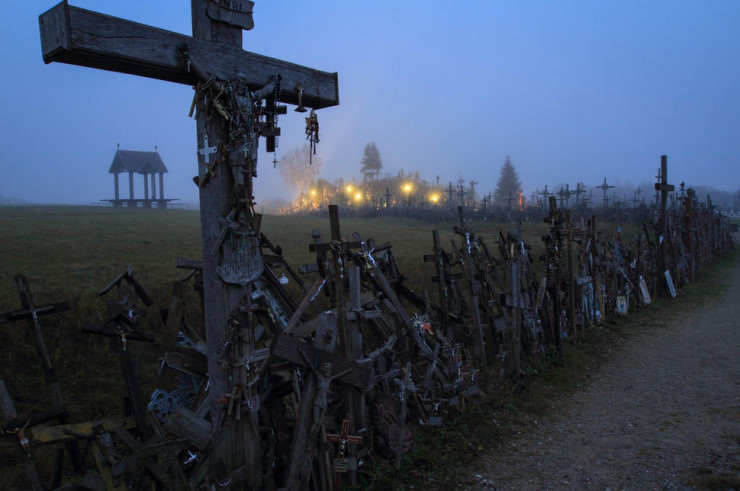