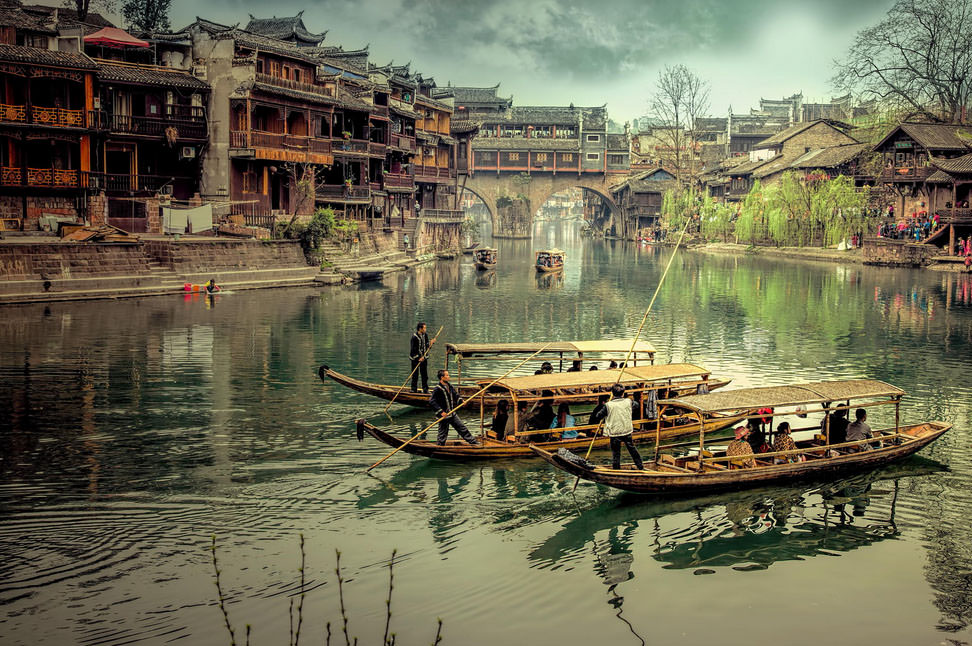 The historic town has rich culture: from a few ethnic languages and customs, to arts and architecture. The Ming and Qing style buildings are very well preserved and protected by UNESCO. Fenghuang is often regarded as the most beautiful town in China for a good reason: surrounded with wonderful nature, having historic architecture it is a popular tourist attraction.

A very authentic Chinese town, accessible and popular among the travelers.

The town drops into a subtropical climate zone: it is humid, winters are short and mild, summers are hot.

By bus from Changsha or Zhangjiajie. Or get there by plane: Tongren Fenghuang Airport is 30 km away. 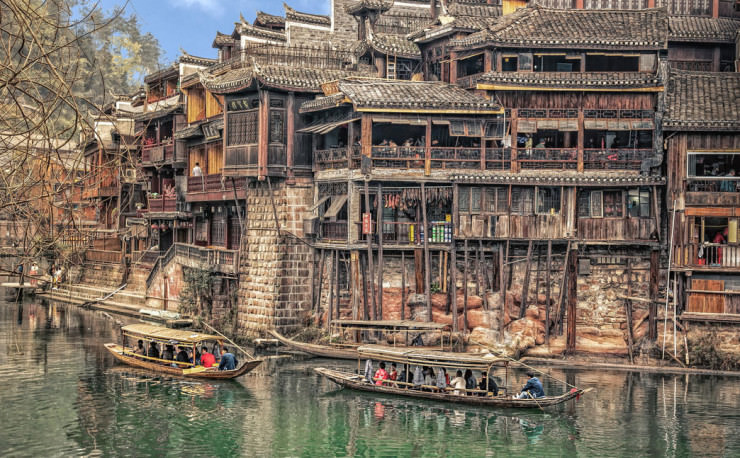 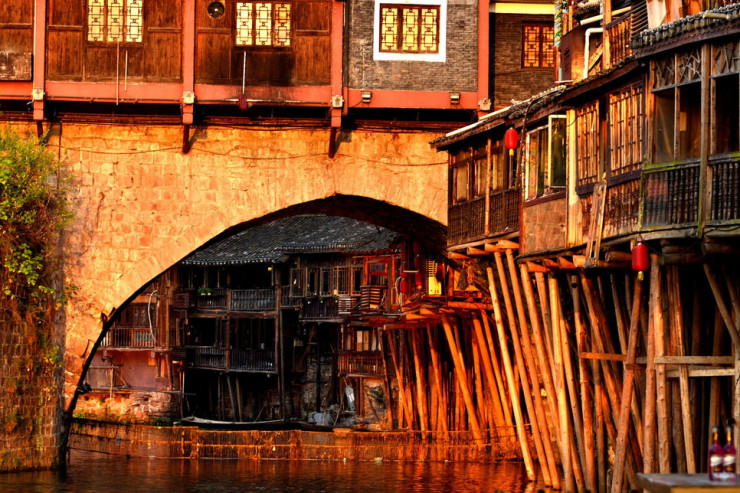 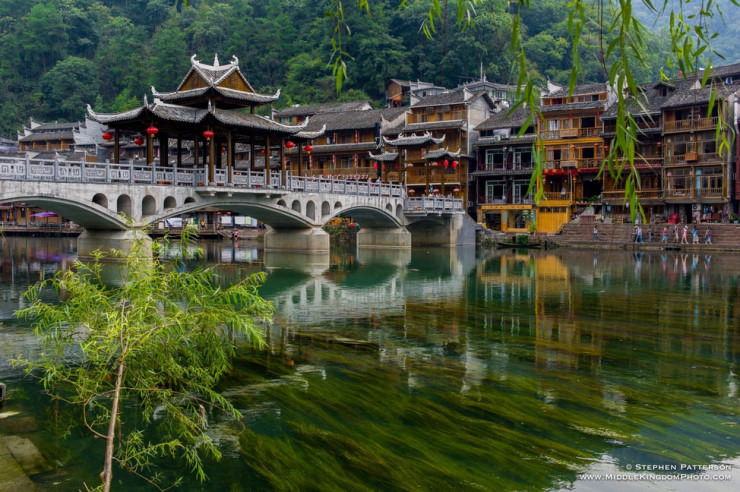 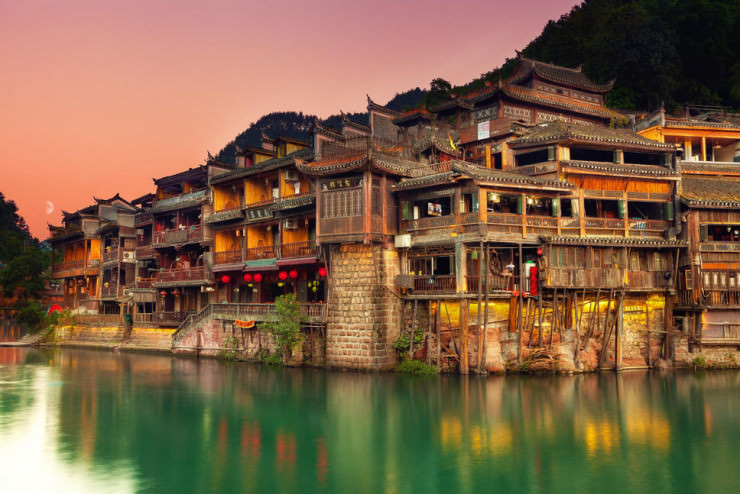 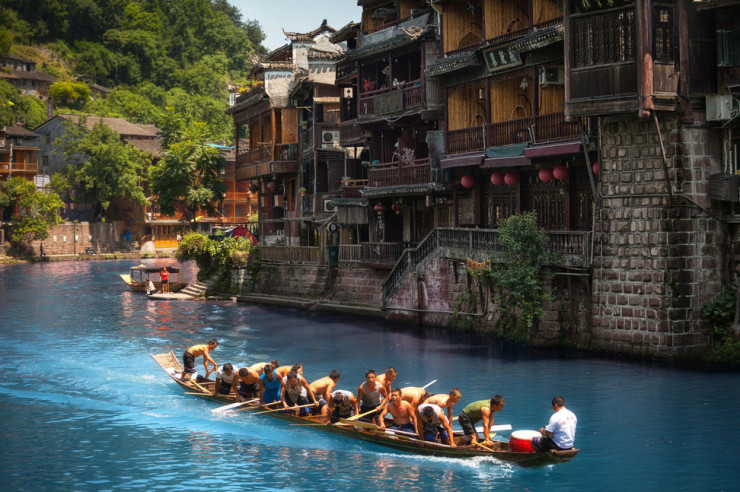 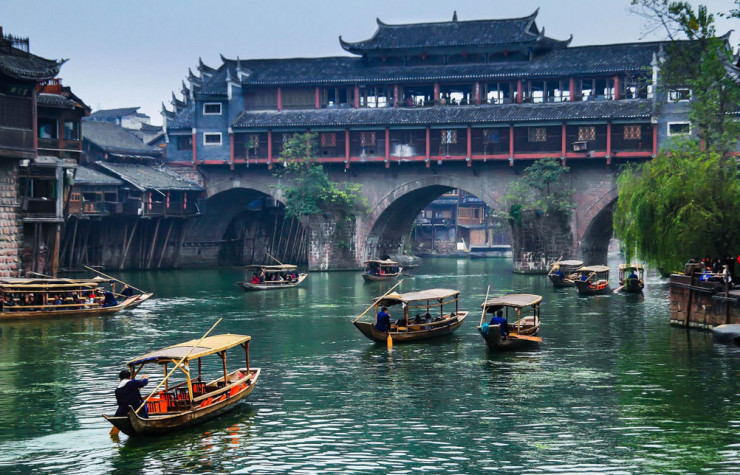 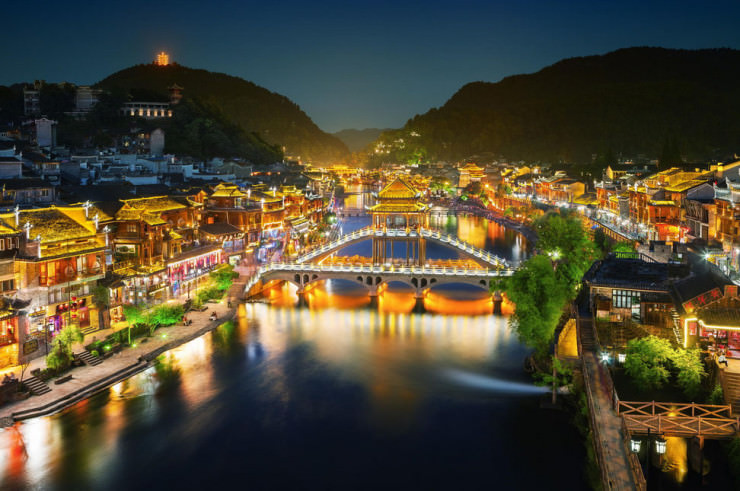 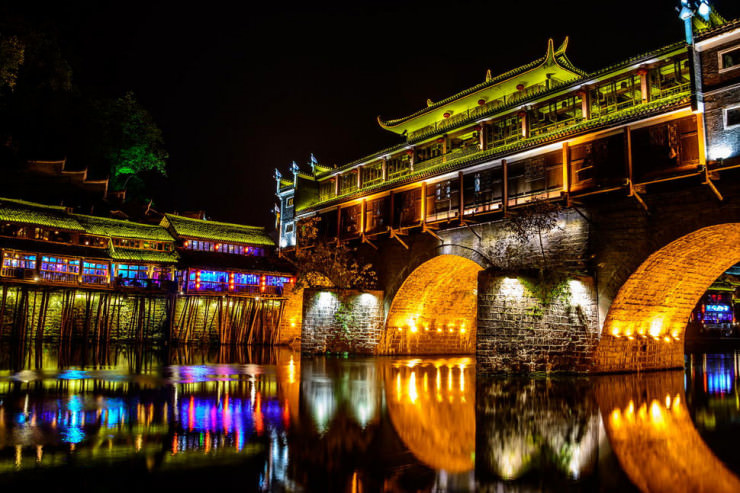 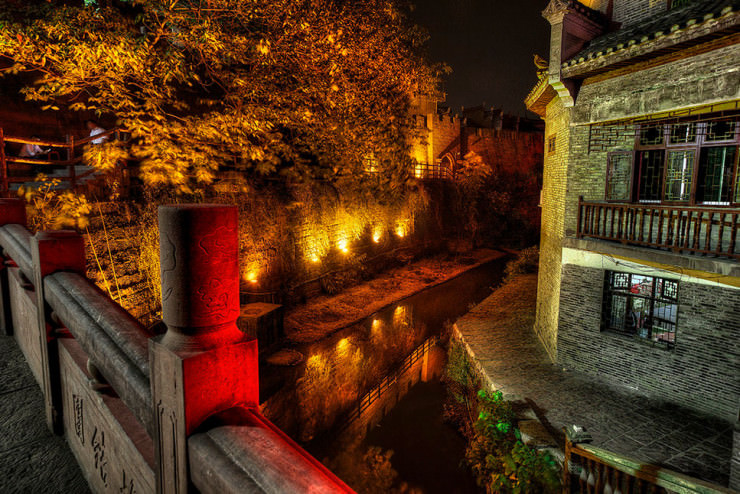 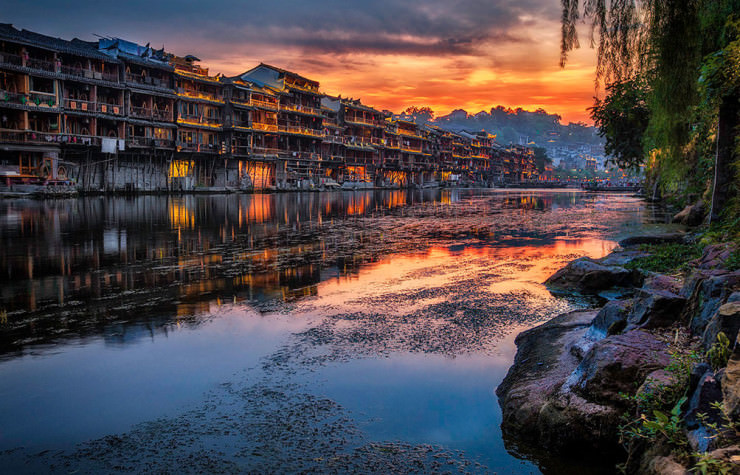 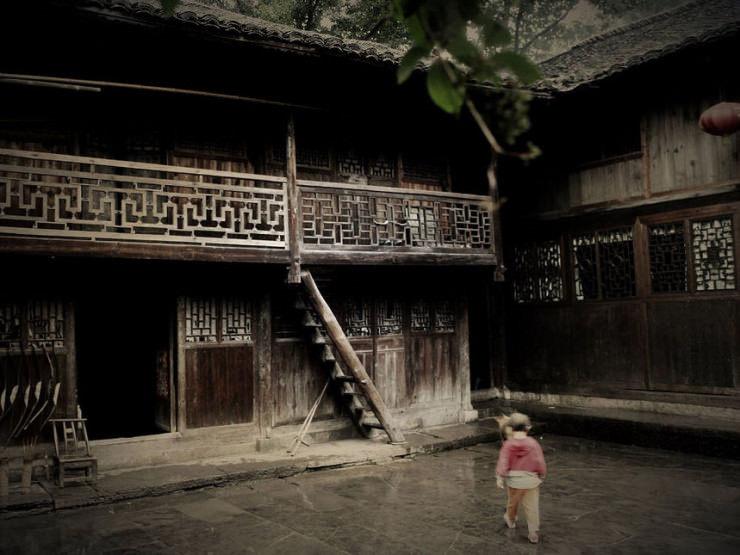 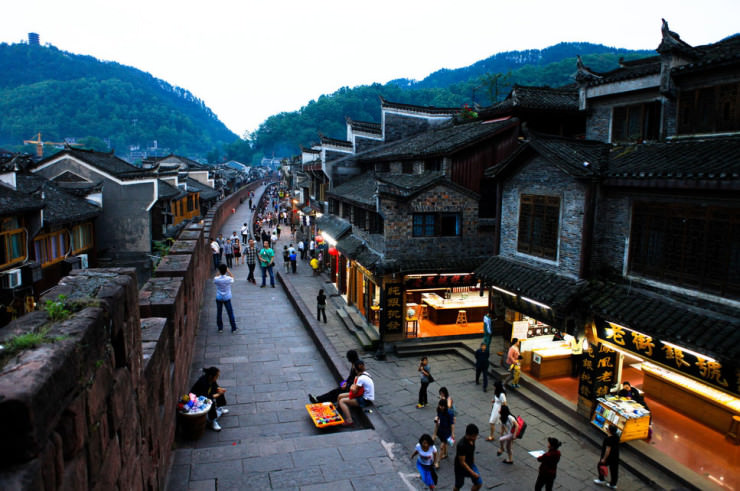 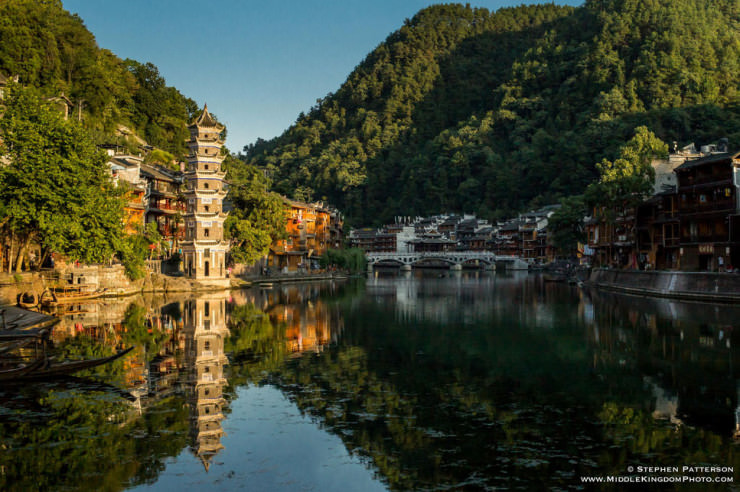