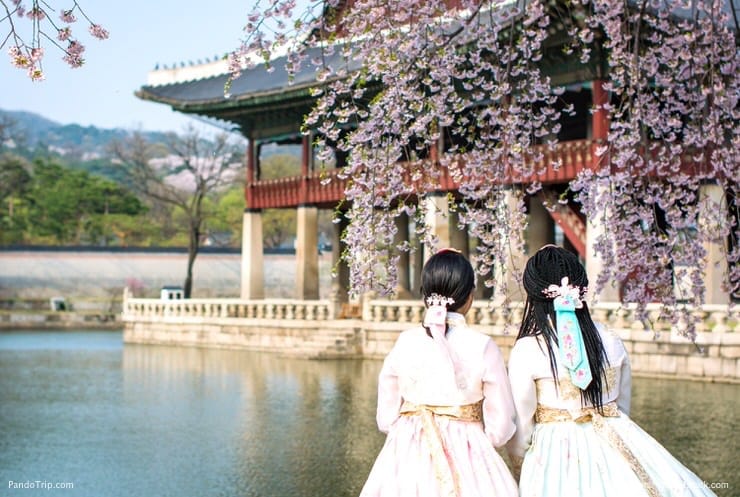 You may have already read my guide to visiting the 2018 Olympics and Paralympics Games —but if not, you can find it here. There’s plenty to do in South Korea before and after the Games, though! The people are incredibly welcoming, and there’s something for everyone, whether you want to see cities, mountains, beaches, or anything in between. Because there’s so much to see and do in the country, though, it can be difficult to get started with planning. This South Korea travel guide is designed to help you through every step of the process.

Many travelers don’t need to get a visa to travel to South Korea, depending on how long they’re planning to stay there. You can check visa requirements with your country’s State Department or on this website

where you can input where your passport is from and bring up a list of all the places that you can travel to visa-free. Of course, if you’re looking to work in Korea or anything like that, you will need a visa, no matter what nationality you are—and the process can be a bit time-consuming, so make sure that you get started on it as soon as possible! 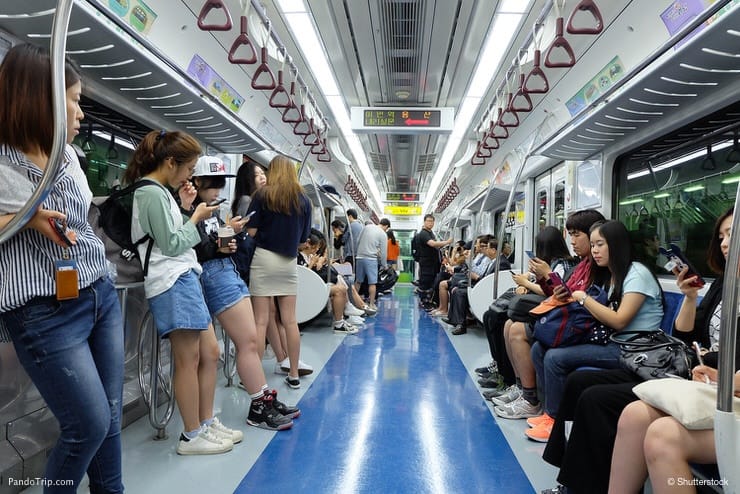 The local language is Korean and it’s traditionally written with characters, but don’t worry—a lot of signs, especially in and around the cities and along major highways, have information in English as well. Plus, a lot of restaurant menus include translations (more or less accurate) of main dish ingredients.

If you’re interested in learning a little Korean before you go, there are a number of apps and websites that you can use, or you may be able to find someone in your local area who can teach you. The locals will appreciate your effort, and there’s nothing like getting a huge smile in response to your carefully-pronounced annyeonghaseyo!

No matter what your budget is, you’ll find amazing places to stay during your trip to Korea. They have everything from youth hostels to ritzy hotels, or you may opt to arrange a homestay through the Korea Tourism Organization for a unique cultural experience. 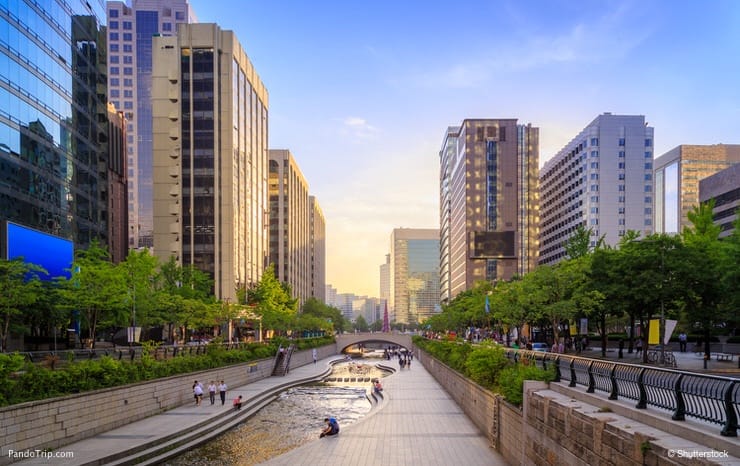 Getting around Korea is very easy. There are a number of domestic airlines, or you may opt for the slower but very affordable intercity buses. And it’s easy to go from place to place in the cities too. Seoul has an extensive metro system, and most other cities have extensive bus routes that will take you everywhere you need to go—and cheaply! Coming soon, there will be a high-speed rail link between Seoul, PyeongChang, and Gangneung, which is being built in preparation for the 2018 Olympics, but there are a number of rail links already in place throughout the country.

Of course, your exploration of Korea wouldn’t be complete without a visit to the capital city of Seoul, which is where most foreigners will fly into. This sprawling metropolis and the surrounding suburbs are actually home to most of the population of Korea—but don’t worry, there are plenty of places around the city where you can get away from the bustle and noise and relax a little. One of the easiest ways to get around to all the tourist attractions is to take the inexpensive city tour bus, which will take you to the N Seoul Tower, Insadong, Gyeongbokgung Palace, and all the other major sites. Or check out one of these free walking tours, which are put on by the City of Seoul in conjunction with the Korea Tourism Organization! 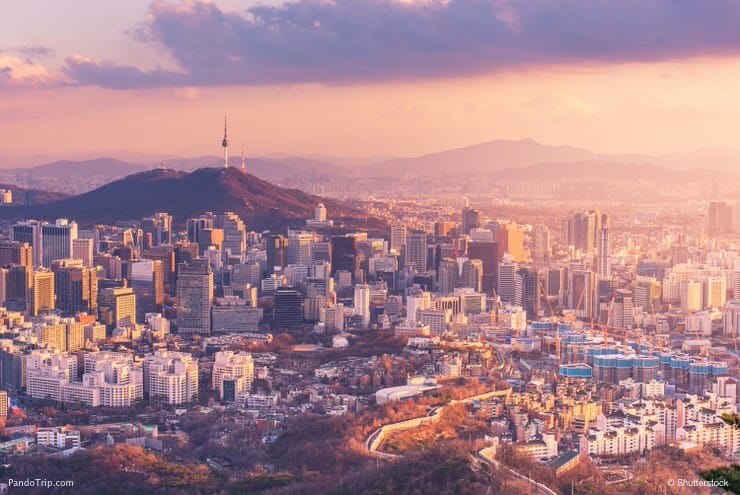 Another great city to visit is Busan. The city is very similar to Seoul in terms of things to do—plenty of museums, temples, and cultural experiences—but it’s a bit more laidback than the bustling capital city. It’s also known for its great beaches and hot springs, and there’s a lot of hiking in the mountains surrounding the city. Because Busan’s port is so busy, you’ll find a lot of multiculturalism to the city as well, which makes it a fascinating place to explore. 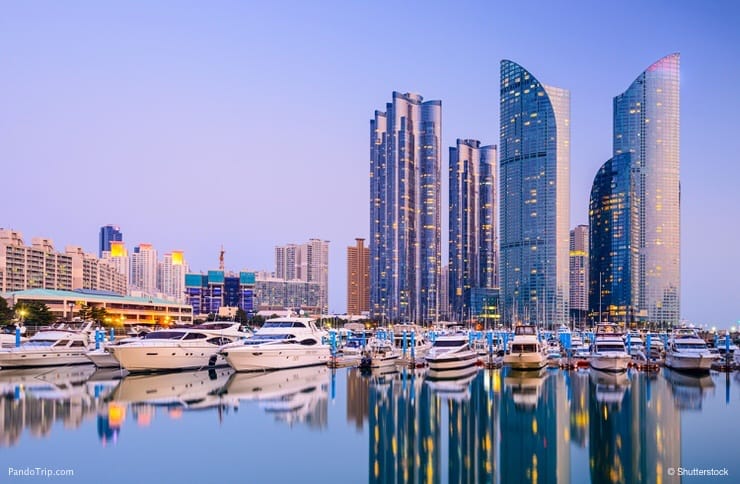 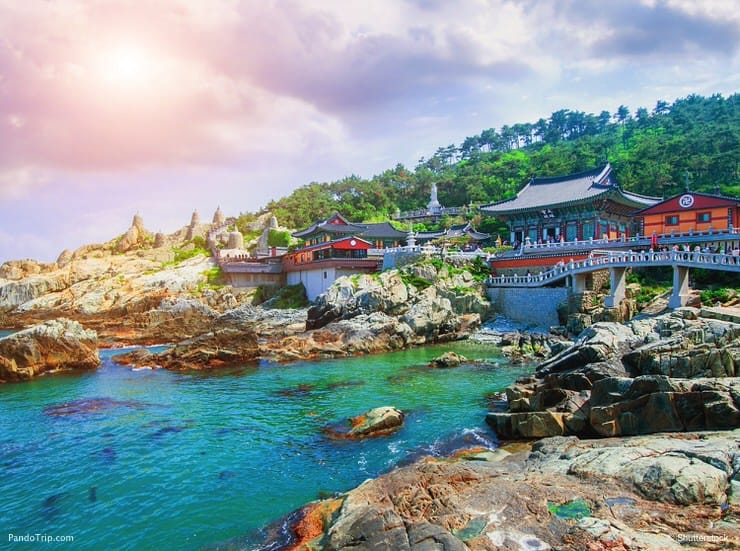 For a quieter seaside experience, you’ll want to visit Gangneung, which will be a major player in the 2018 Olympics, hosting its hockey, skating, and curling events. Outside of those events, though, you’ll find plenty to love in this charming city: there are a number of museums, temples, and other sights to see, and the shopping, whether at traditional markets or upscale brand stores, is fantastic. If you’re really brave, you could even take a dip in the cold waters of the Sea of Japan, or just enjoy some of the delectable seafood at one of the waterfront restaurants!

In my opinion, the most beautiful parts of Korea lie beyond its metropoles. If you’re an outdoors enthusiast, you’ll want to check out Seoraksan National Park. The jagged mountain peaks look absolutely unreal when blanketed in early morning fog, and the fall colors in the park are absolutely breathtaking. There are a number of hiking trails throughout the park; one especially interesting peak to climb is Ulsan Bawi, from which you can view Seoraksan’s highest peak (Daecheongbong) and the Sea of Japan. 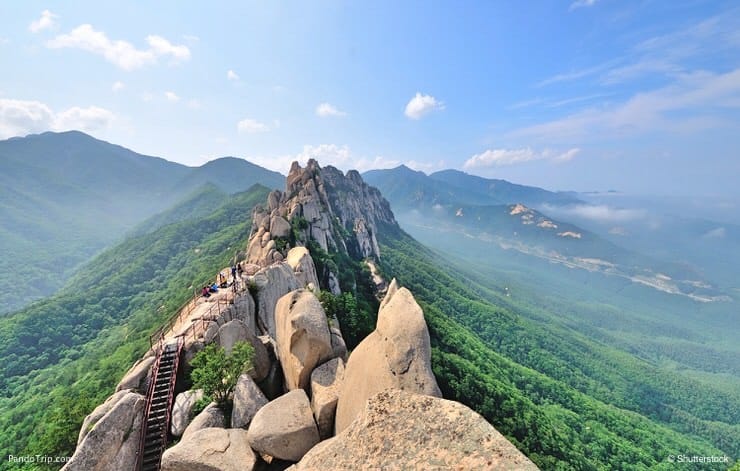 Even if you’re just in Korea for a short time, you can get out of the city noise and over to Bukhansan National Park. There’s some great hiking in the area, although the scenery isn’t quite as impressive as what you”ll find if you venture further afield to Seoraksan or some of the other national parks. However, what’s really cool about Bukhansan National Park is stumbling across the temples that are hidden amongst the landscapes there. If you’re looking to get off the grid and find your zen, there’s no better way to do this than to sign up for a meditation retreat in the midst of the park. 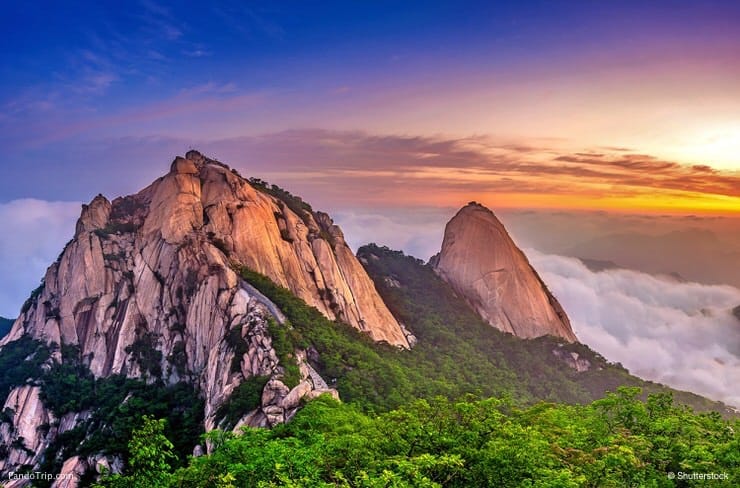 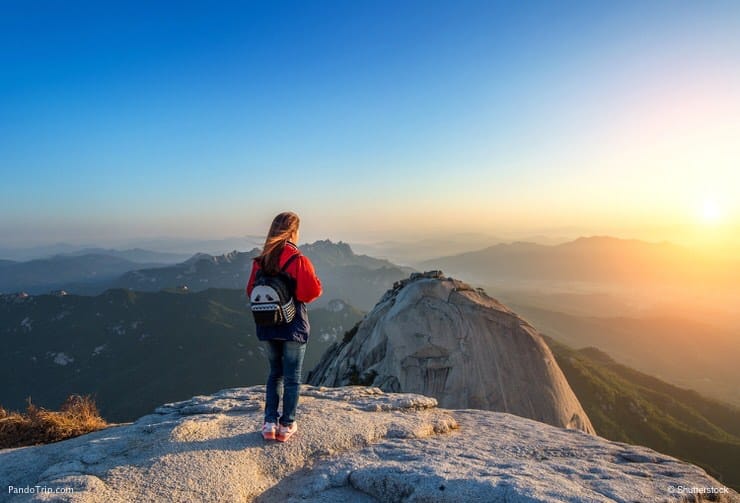 And you absolutely can’t miss the beaches of Jeju Island! The easiest way to get from Seoul down to this island at the very south of the country is to fly. Once there, you’ll feel like you’re in paradise, with sandy beaches and clear blue water that stretches as far as the eye can see. The island was created by volcanic eruptions, and today you can climb up Seongsan Ilchulbong’s crater—you definitely won’t want to miss seeing the sunrise from there. Perhaps most well-known from the island are the famous “grandfather stones”—black lava stones carved with the likeness of humans and meant to scare off would-be invaders—are fascinating, plus they make for interesting photos. 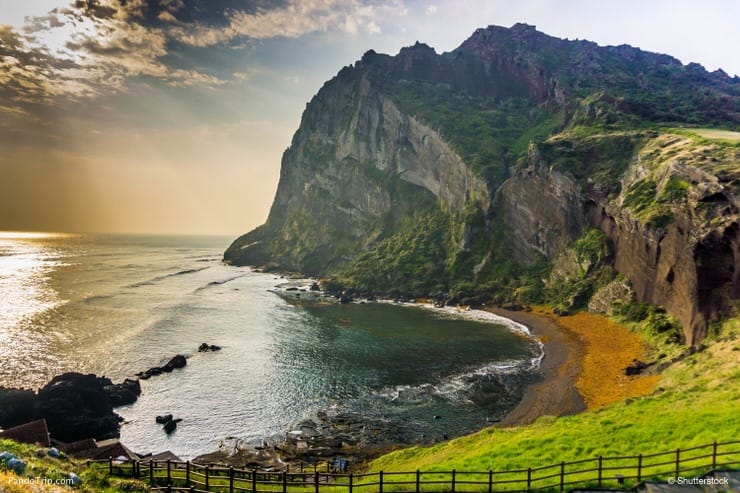 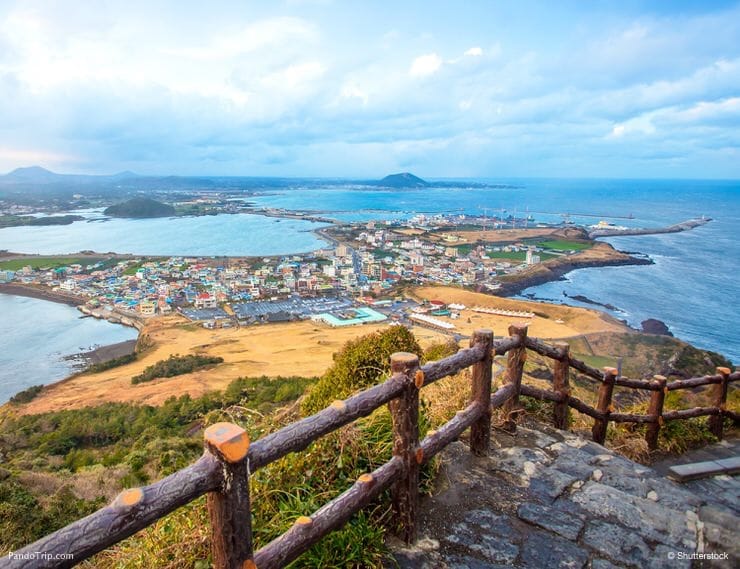 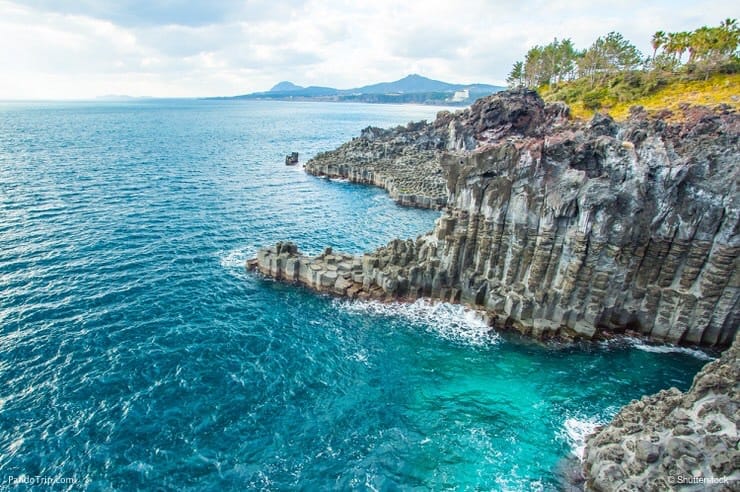 Those interested in history and politics won’t want to miss a trip up to the demilitarized zone, or DMZ. This swath of no man’s land cuts along the border between North and South Korea and has a number of interesting sites for you to explore. You need to visit the DMZ as part of a tour group, but you have a number of different options. Places that you might visit on your tour are: the Joint Security Area (the closest you can actually get to North Korea, and the only place you’ll have the ability to actually stand in what is geographically North Korea without really going to North Korea), the Infiltration Tunnels, and a couple observatories where you can use binoculars to look into North Korea on a clear day. 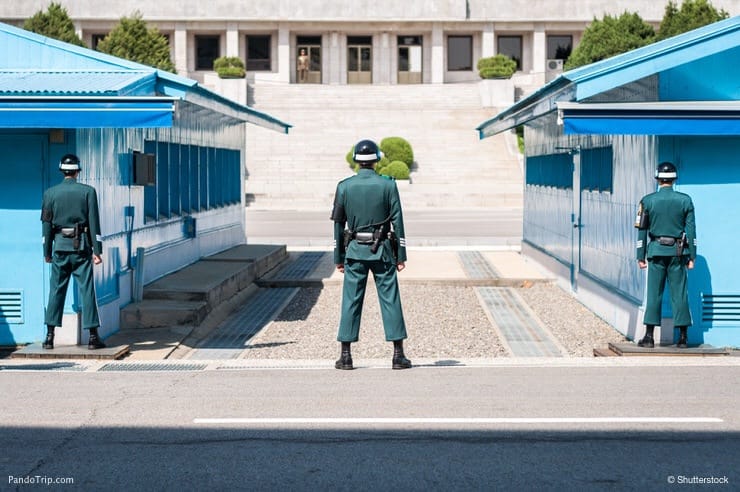 Visitors flock to Korea every spring to see the beautiful cherry blossoms. The exact dates of the Cherry Blossom Festival vary each year, but typically the flowers will open up in late March or early April. There are a number of different places around the country that celebrate the festival, and you’ll get picture-perfect views at each of them. The most popular places to view them are Yongyeonsa Temple in Daegu, the Romance Bridge in Jinhae, and Seokchon Lake in Seoul, and besides just taking a stroll or having a picnic, many of the cherry blossom festivals also have live music shows and other entertainment for you to take in. 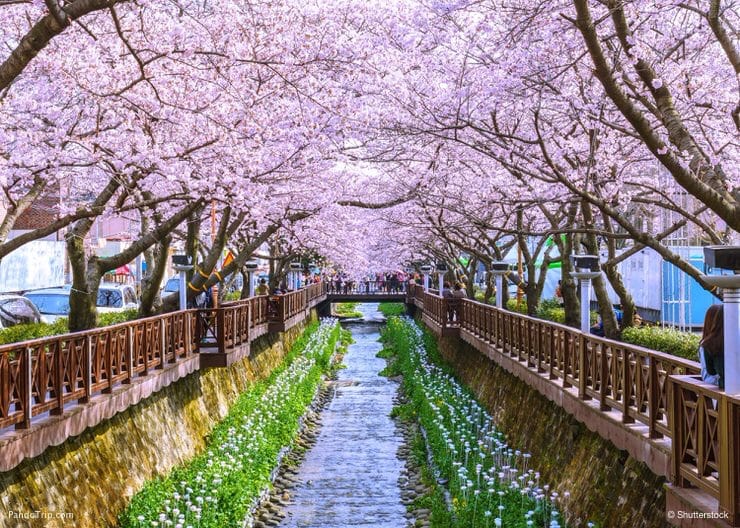 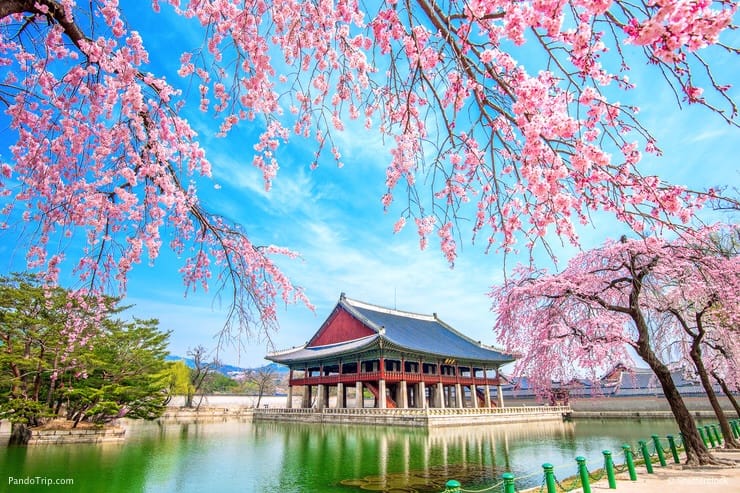 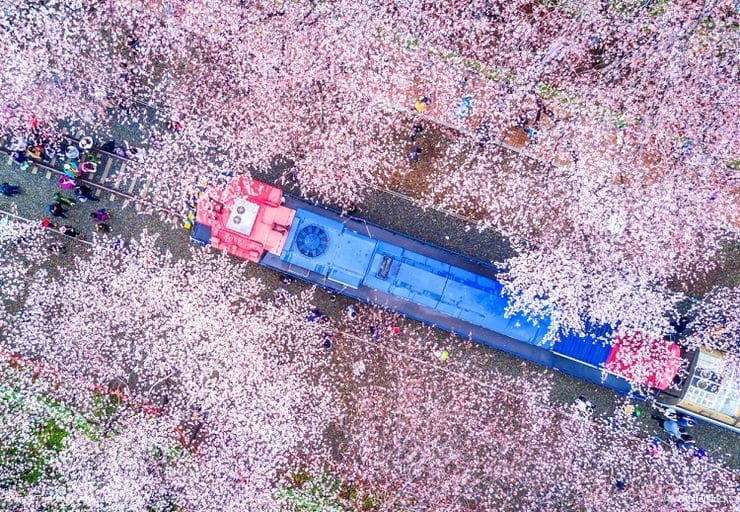 But of particular cultural interest is spring’s Lotus Lantern Festival, which celebrates Buddha’s birthday. Events are held all over Korea, but the best place to experience the festival is in one of the major cities like Seoul or Busan, where you’ll have the most choice of activities. There are tons of cultural events, in addition to an exhibition of traditional lanterns. And don’t be fooled, we’re not talking about just those cheap paper lanterns that you can buy at dollar stores! Instead, many of the lanterns are more like parade floats, depicting people, animals, and anything else that you could think of. If you can’t visit Korea in the spring, there is a similar festival, the Seoul Lantern Festival, held every November. 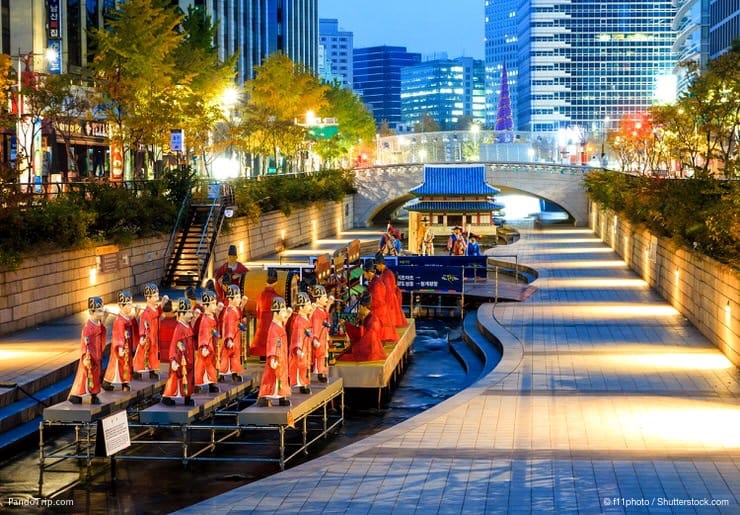 I’m more partial to winter festivals, myself, and you can’t beat January’s Hwacheon Sancheoneo Ice Festival. From impressive ice sculptures to sledding to ice-fishing and more, you’re sure to have a magical experience. Not for the faint of heart is the barehanded fishing event, where participants will change into shorts and teeshirts and brave icy waters in an attempt to catch fish with their bare hands (don’t worry, there are places for you to warm up afterwards!). There’s also a great cultural village where you can explore traditional Korean life.

Most westerners are familiar with the concept of Korean barbecue, and don’t worry: you’ll find that in abundance no matter where you go in Korea! For those unfamiliar with the practice, basically what happens is that your waiter or waitress will bring you plates of food—including meat, vegetables, and little bowls of kimchee—which you then will cook in a communal hot plate in the center of the table. 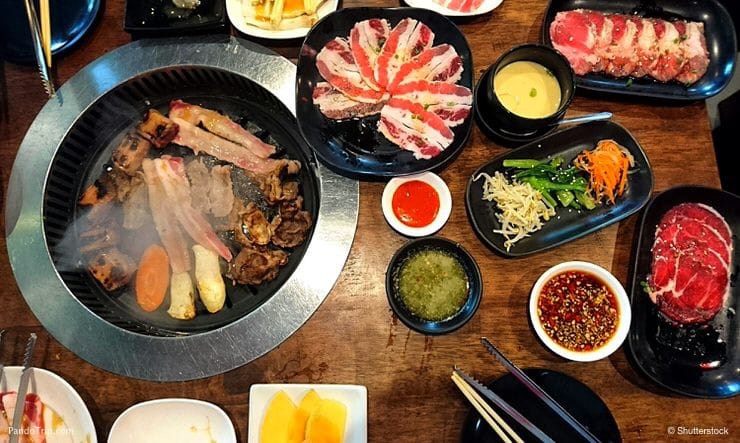 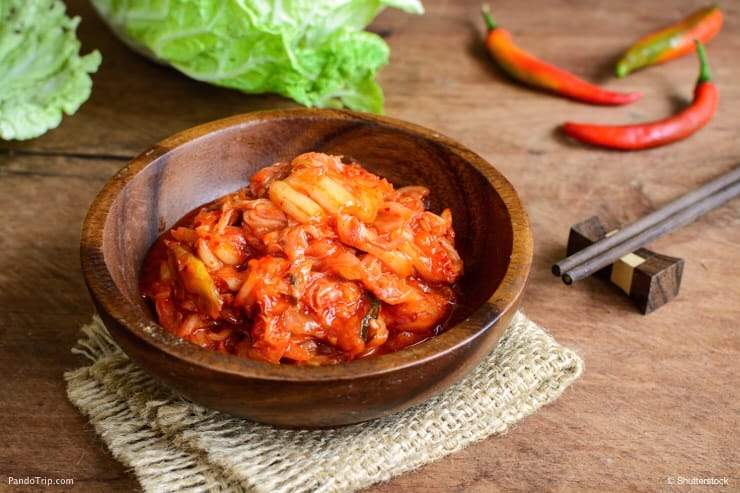 But there’s plenty more to Korean food than just barbecue! You’ll find plenty of tasty soups, dumplings, and meat dishes. One of my favorites is bibimbap, which is a popular lunch dish—it’s a hearty bowl full of rice, vegetables, beef, and a fried egg on top, and it’s absolutely delicious. And for dessert, you’ll find plenty of sweet dishes. I made a game of finding as many green tea-flavored desserts as I could—you’ll find sandwich crème cookies with green tea filling or green tea-flavored KitKat bars, for example! 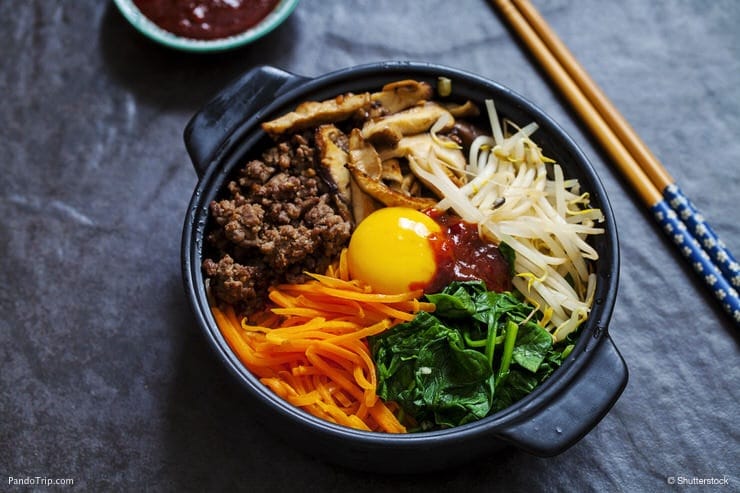 Of course, for me, eating things like kimchee or dried pollack “hangover soup” for breakfast were a little bizarre at times. And there was that one time that I picked up what I thought was a doughnut and found that it was actually savory and filled with kimchee! But one of my favorite parts of travel is getting to try a bunch of tasty food, and Korea was great for filling that desire.

Have you visited Korea? What was the best part of your trip? Share your stories or ask your questions in the Comments section!