Rue du Petit-Champlain, Quebec City, Canada. The beautiful city of Quebec gets covered in snow and decorated in thousands of lights in winter, thus becoming a desirable destination. Meanwhile, Petit Champlain is the most popular and picturesque neighborhood: visitors come here to explore the historical architecture, narrow cobblestone streets and mural paintings. Moreover – it is the oldest shopping district in the whole continent!

The pedestrian street also features the Breakneck Stairs: built in 1635 it is the oldest stairway in Quebec. Wonderful panoramic views open from the top, overlooking Old Quebec. Besides all the historically significant buildings, little boutique shops, cafes, and restaurants also attract crowds. However, the busiest season is summer, so in winter you can be pleased to find it less crowded.

Why go there? The street is one of the most beautiful in the city. It turns into a real Winter Wonderland, with numerous shops, cafes, restaurants, and panoramic views.

When to go there? In December. It is also less crowded compared to the summer months.

How to get there? Get around the city by bus or on foot – it is within a hand’s reach from Old Town. 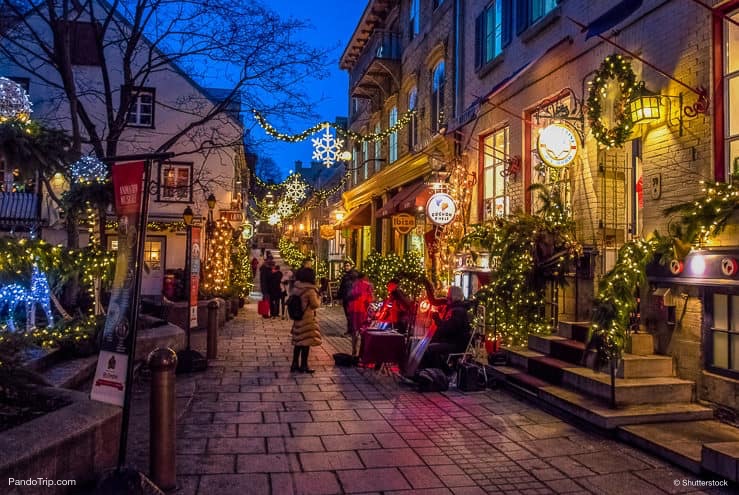 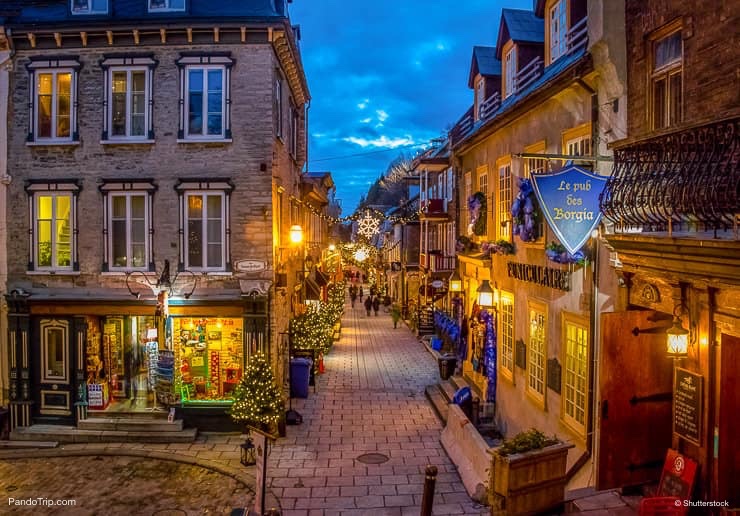 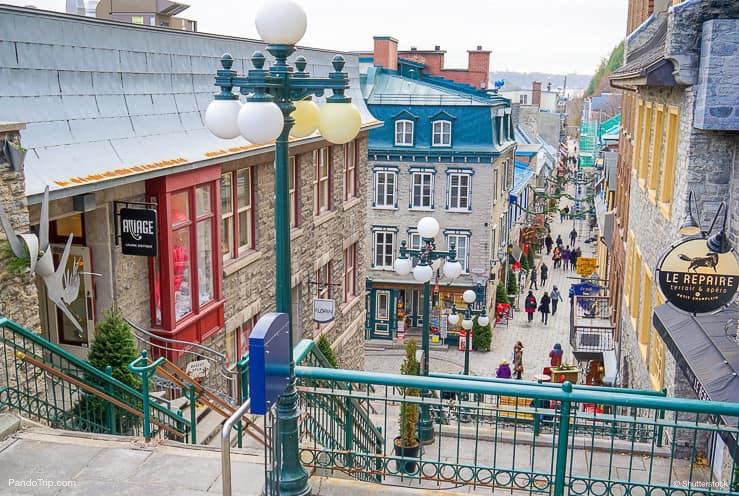 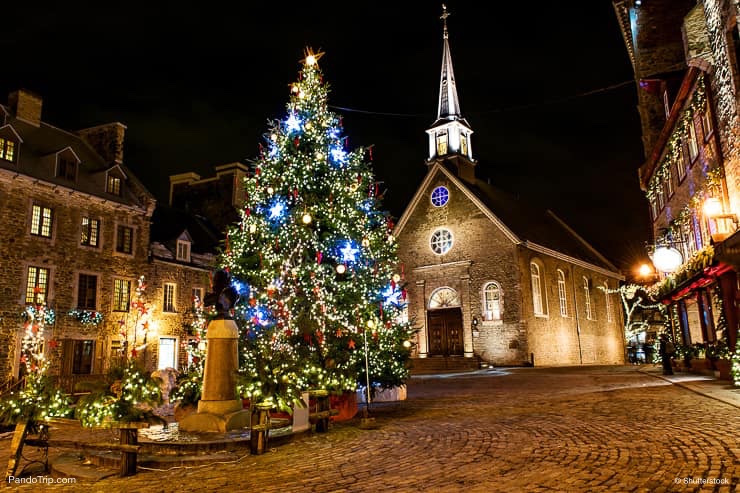 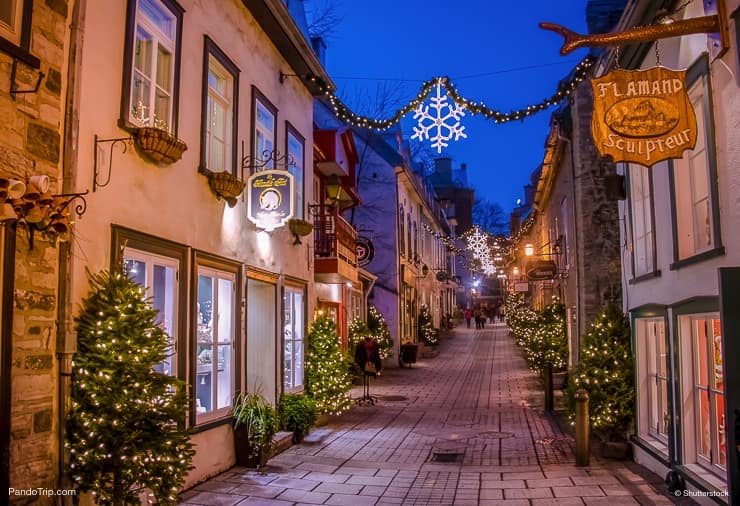 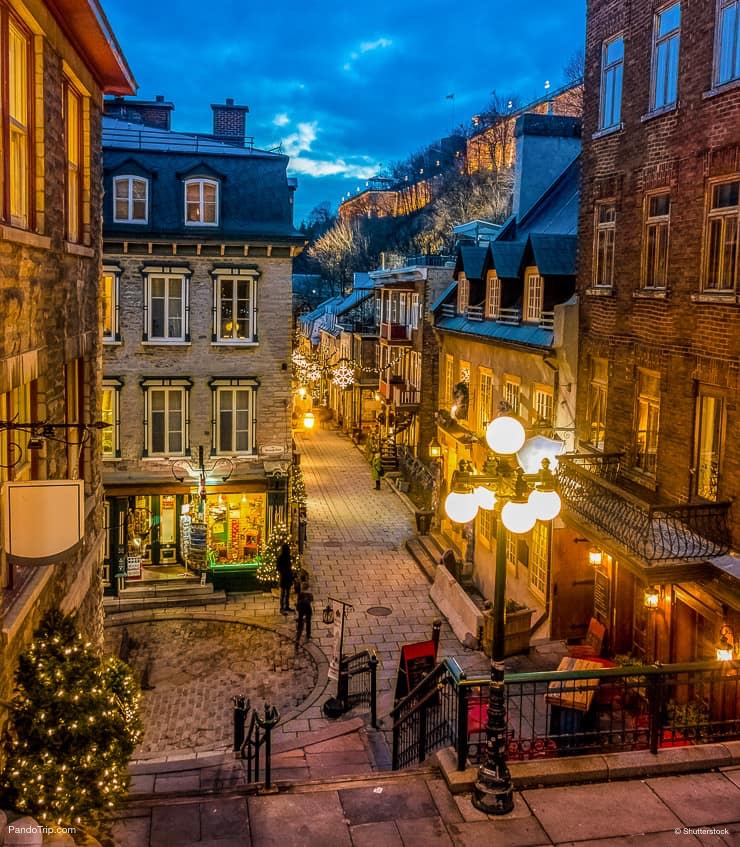 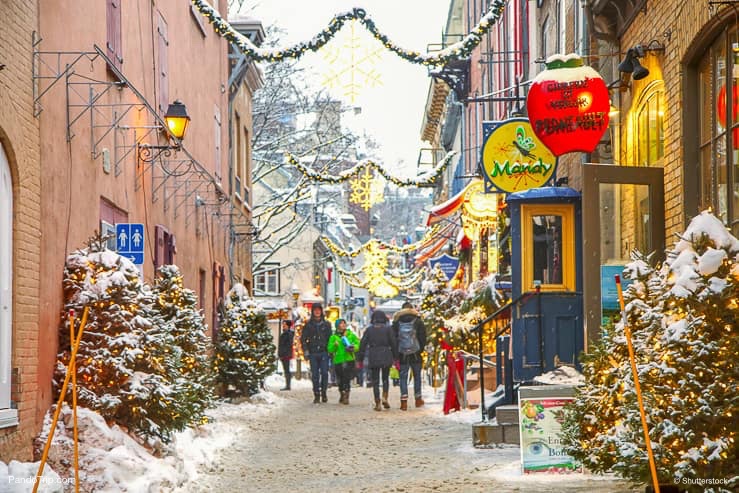 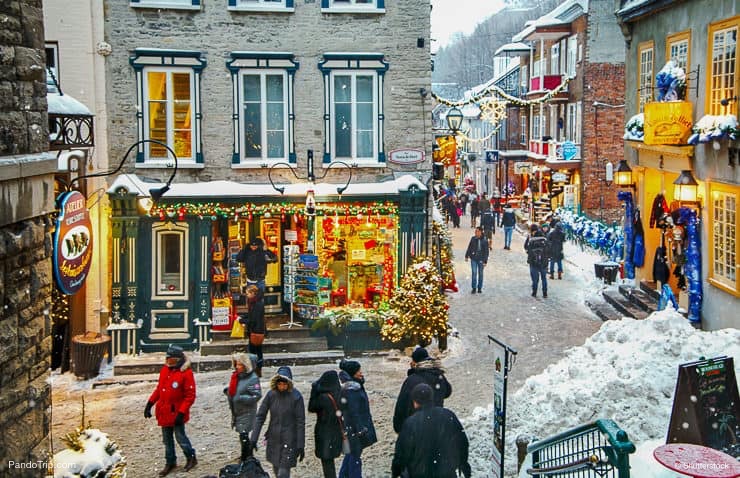 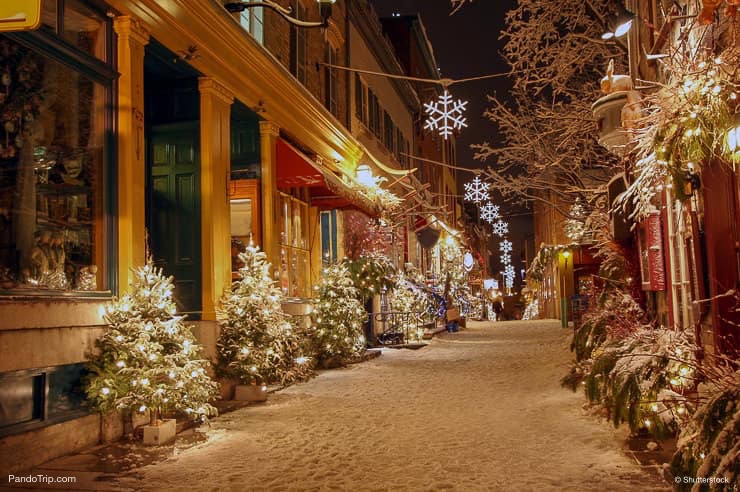