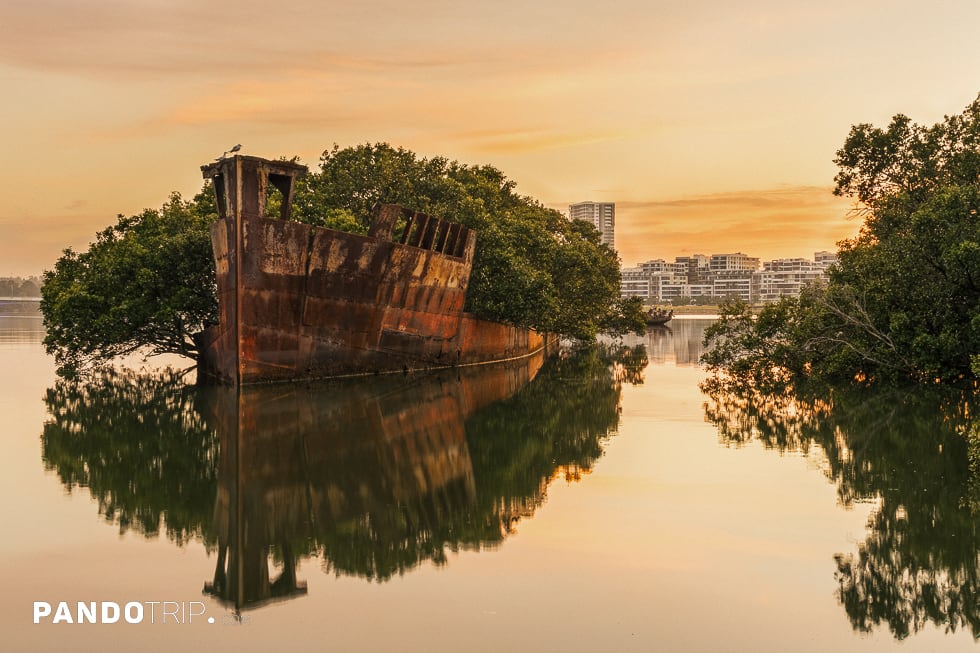 On the west side of Sydney and the southern side of the Parramatta River, you can find an area called Homebush Bay. This is the place where many ships used in WWII ended up. Among those abandoned ships, one particularly stands out. It’s the SS Ayrfield – 100+ years old ship, which has become what is now known as a ‘Floating Forest’.

Buit in 1911 in the United Kingdom, the 1,140-tonne ship was used during WWII to transport supplies to US troops in the Pacific Ocean. After 60 years of service, in 1972, the ship was brought to Homebush Bay and was supposed to be dismantled. However, the dismantling work has stopped, leaving the ship standing in the area. Over time the bushes and other plants overgrown the ship, and the SS Ayrfield became a famous attraction.

Homebush Bay is a popular spot among photography lovers and alternative tourists in Sydney. The place is free to visit and you don’t need a guide to explore the area; just stroll around the area and take photos of abandoned ships. Many photographers go here to take photos of ‘Floating Forest’ during the sunrise when the colors are most vivid.
Besides being a cemetery for retired ships, Homebush Bay is home to the Olympic Stadium.

Go to the Olympic Park Archery Centre. Buses and trains go there from the Central station. From there, walk for a couple of minutes to the waterfront walkway and you will be in the right area (Google maps link to the ‘Floating Forest’).

If you go by car, there is free parking available nearby.