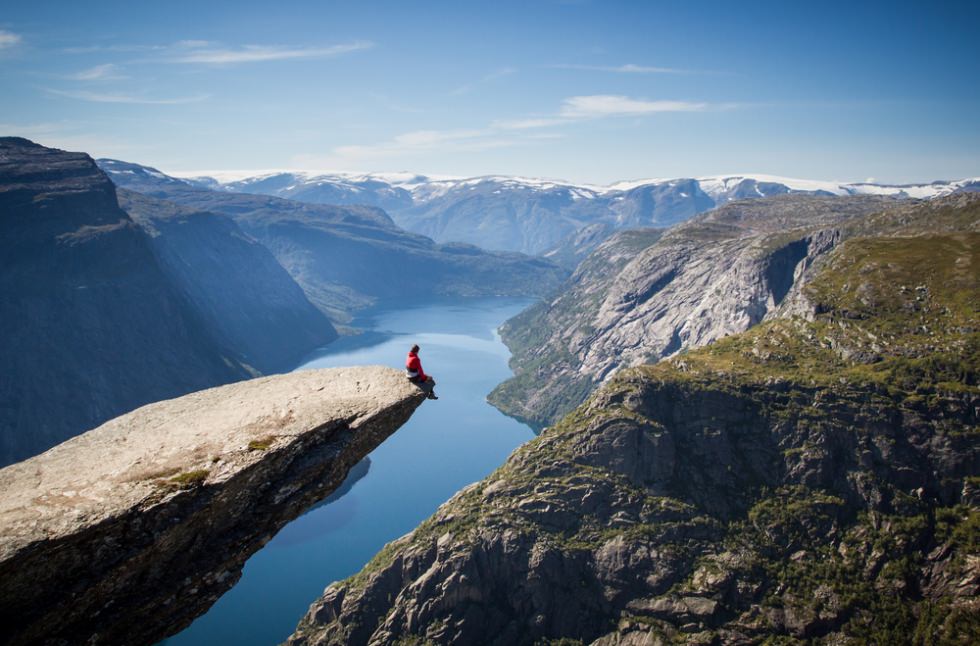 Let’s face it – the world’s countries differ in terms of quality of life. Even in a country’s society, there may be great disparity among different social classes. Do you ever wonder, however, why some countries seem to have generally more contented people? The Organisation for Economic Cooperation and Development (OECD), comprised of 35 countries that work towards worldwide economic prosperity, decided to come up with a Better Living Index to measure what exactly contributes to a population’s wellbeing. Here are ten of the member countries that stood out in terms of general life satisfaction.

Did you know that Iceland has the lowest unemployment rate in the OECD? According to the OECD Better Life Index, 82% of Icelanders between the ages of 15-64 hold a paid job. Hankering for clean water? A staggering 97% of the population is satisfied with their water quality. Iceland’s unique geography also helps the country run efficiently – almost 85% of their energy consumption from renewable sources. It’s no surprise that the relatively small Icelandic population, at just about 300,000 people, has many things to smile about.

The saying goes that you can’t buy happiness, but it’s hard to be happy if you don’t have any cash to spare. The United States has the highest household income of all OECD countries at just over 41,000 USD. The country’s population is also well educated, as 90% of the population aged 25-64 have completed secondary school. This is even more impressive considering that the USA’s population is over 300 million. The country also performs above the OECD average in other areas such as water satisfaction, employment rate, and overall life quality.

Hit up Finland if you want a work-life balance – only 4% of the population work very long hours. If you’re wondering about the country’s educational system, the average score of a Finnish student in the OECD’s Programme for International Student Assessment (PISA) is at 529. Compare this to the OECD average of 497, and you’ll see that Finnish schools are doing something right. Add to all of this the long life expectancy in Finland, and you’ll start to see just why life is great there.

New Zealand may seem far away from most countries on this list, and it may have helped their sense of community – 99% of New Zealanders believe that they can count on someone in times of need. The education system in New Zealand is quantifiably better than the OECD average, as the average score of students on OECD’s PISA is 504. One thing to note is that the gender gap in terms of student performance is lower than the average in New Zealand. Talk about starting them young on equality!

Almost nobody works long hours in Sweden – only 1% of all paid employees ages 15-64 work very long hours, despite the fact that the employment rate is higher than the OECD average. Sweden’s citizens are also highly involved in politics, as 86% of them voted during the last elections! The spread of voting across social classes doesn’t differ much, either, showing that citizens from all walks of life are make their voices heard in Sweden. This type of democracy definitely contributes to Swedes rating their quality of life higher than the average.

Just like its neighbor to the south, 90% of Canada’s population aged 25-64 have completed their secondary education. While its average household income is considerably lower than the US, Canada’s education system performs better. Their OECD’s PISA scores are much higher than average at 522, with a lower gender gap on performance. The sense of community is also strong in the country, and the life expectancy high. It’s no wonder that Canada is home to a large immigrant population, as life is good!

Switzerland may be politically neutral, but its people are definitely leaning towards the happier side. Who wouldn’t, with a higher household income than the average and an 80% employment rate? The average life expectancy is at 83 years old, one of the highest in the OECD. Add to that the 97% satisfaction with water quality, and one of the highest general satisfaction rates on the list – living in Switzerland is idyllic.

You might be surprised that Denmark is so high on this list – after all, its household income is lower than the OECD average. Afterwards you’ll notice that only 2% of Danes work very long hours. The gender gap in student performance is very low, with girls only besting boys by 2 points – the average of the OECD is 13 points! Danes also tend to be involved in politics, as they had an 86% voter turnout, with similar percentages across social classes. With high scores across all categories and a better general satisfaction rate than average, it looks like Denmark is a great place to be in.

The land down under is performing high up in terms of quality of life! They enjoy a high household income, as well as great student performance and above-average employment rates. While their work-life balance might not be great, they do have the lowest air pollutant rate and the highest voter turnout in the OECD. People are generally happy in Australia and it shows!

Norway is well known for its natural beauty, and settling there will give you the best quality of life among the OECD countries. The average home in Norway has 2 rooms per person, with a household income higher than the average. There’s low wage inequality, which means that most Norwegians enjoy the same great quality of life. Norway also has a low air pollutant rate and high water satisfaction, showing us that they take care of their environment. Great life expectancy, employment rates, and a tight-knit community – no wonder Norway tops the list.