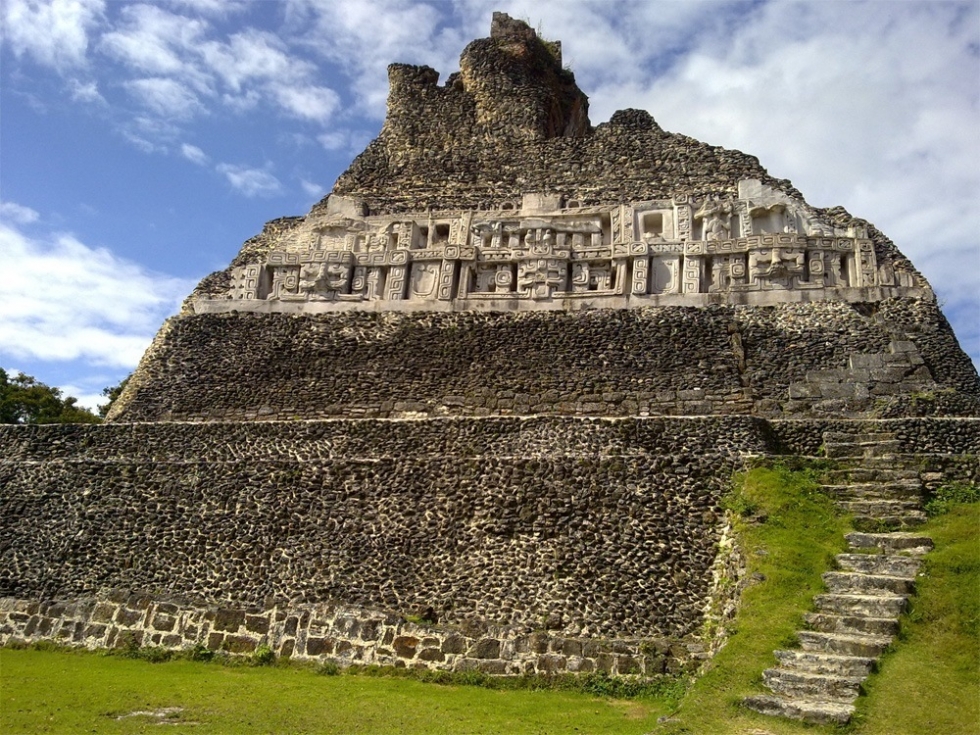 Xunantunich, Belize. An Ancient Maya archaeological site preserves an impressive abundance of historic heritage. It used to serve as a ceremonial center and it is even said that there is a ghost: a woman in white, with glowing red eyes ascends the flight of stairs of “El Castillo” occasionally. Thus the name – Xunantunich means “stone woman”.

The location was probably inhabited in 600-300 BC already. However the site as we see it currently has flourished between 700-1000 AD. “El Castillo” is a monumental structure – the ancient temple is the most important and impressive on the site. The carved friezes represent deities – God Sun, Moon and Venus among others. A very revealing place, giving an insight into the ancient culture.

Belize, with its sandy beaches and crystal clear water, is a popular holiday destination. Meanwhile Xunantunich is a wonderful historic site, which introduces to the Mayan culture. Very well preserved buildings allow to admire the ancient glory.

All year round. Belize drops into tropical climate zone, thus receiving mild temperatures all through the year.

It is found about 2.5 hours drive from Belize City. You can get there by bus or car, using the Western Highway. You can also reach the site on a horse: Hanna Stables, found in San Ignacio, arranges horseback riding to Xunantunich.