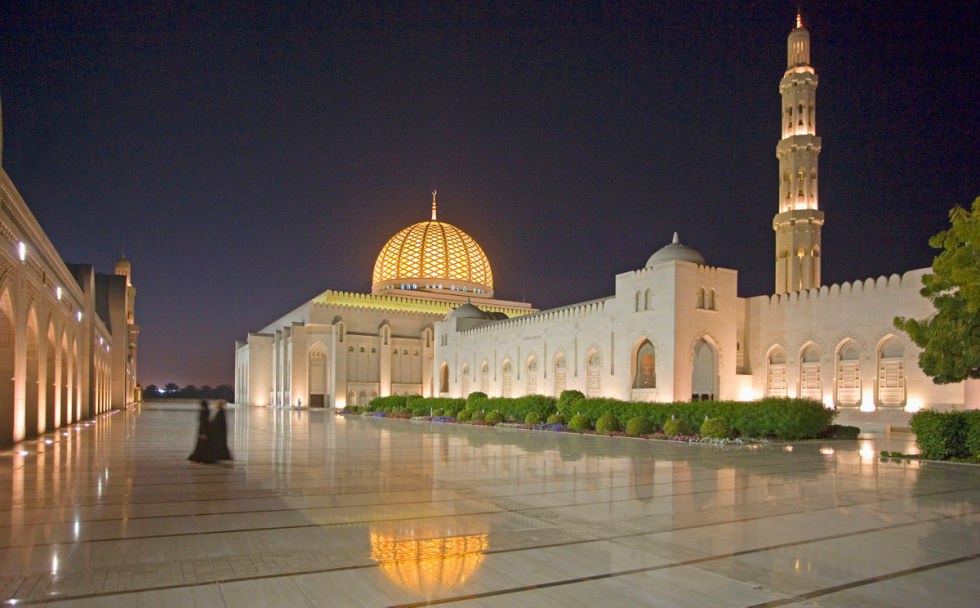 Sultan Qaboos Mosque, Muscat, Oman. Commissioned by Sultan Qaboos, who insisted that Oman should have a Grand Mosque, the sanctuary was built in 2001. The splendid building is a fine example of impeccable Islamic architecture. Undoubtedly it is the most popular attraction in the city.

The most interesting and significant feature is the hand made Persian prayer carpet, which features 1 700 000 000 knots, weighs 21 tonnes, took four years to make and is the second largest carpet in the world. A huge chandelier in the praying hall is another impressive feature. The mosque welcomes visitors, but keep in mind to dress modestly and do not bring children under the age of 10 years old.

This is the most famous and a must-see attraction in Muscat. A wonderful example of modern Islamic architecture, the mosque will definitely lift your spirit.

All year round. The entrance is free of charge.

By taxi or bus from the city or airport.