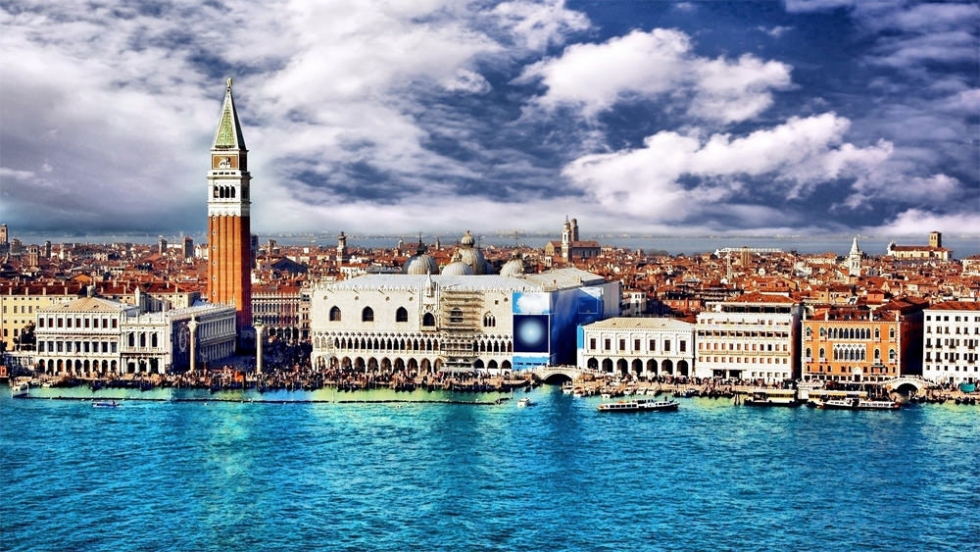 There are so many incredible locations on our planet Earth. This time we have explored countries, where nature blends with culture. Look through the list of the places we chose, that combine both of these two different features.

The country is said to have the most examples of ancient rock art in the world. Drakensberg mountains are not only impressive on their own, with a beautiful Blyde River Canyon, but for preserving the ancient Bushmen rock paintings, as well. Safaris in the wild with the luxurious lodges, Namaqualand, covered with thousands of blooming flowers in spring, attract adventurers. And the cities are hip and modern.

Although the desert covers the most of Australia, the amazing natural wonders are not lacking. Pink lakes, Twelve Apostles, the Great Barrier Reef, Whitehaven Beach, Kings Canyon – the remote continent has a distinctive nature, along with the fauna, found nowhere else. As for the culture – the Aboriginals has well preserved their music, art, belief system: the Uluru mountain is a sacred place in the local tradition. And in the cities you can find the flourishing modern Western civilization.

Want a world wonder Grand Canyon, beaches, historic woods – it is here. Want megalopolis with its most exciting urban life – it is also here. Everything in USA takes on a grand scale: spreading from one coast to another, whether its nature or the best cultural and music venues, or modern architecture you are looking for – you will find it. Oh, and don’t forget Hawaii – one of the best places to relax.

One of the oldest civilizations in the region, a crossroad of different cultures. Ancient capital Sana’a is impressive city; old villages like Al Sharaf, At Tawilah with the terraces for agriculture, have a distinctive architectural style that has barely changed for hundreds of years. As for the nature – Socotra island is one of the most unique places on Earth. Almost 700 endemic species are found here. The island is protected by UNESCO.

One of the world’s most populous country, made of thousands of islands, Indonesia counts a long history behind. Once even inhabited by Homo Erectus, country has amazing nature. Bromo-Tengger-Semeru National Park, named after the two volcanoes, jungle, picturesque Situ Gunung lake blend well with culture. Borobudur, the world’s largest Buddhist temple, in Java is situated next to the jungle; Bali resort attracts vacationers. And even in the modern cities you can find the historic traces of colonial era.

The remote island has amazing nature and adorable Nordic cities. Skaftafell National Park alone has some stunning locations, like the ice caves and Black Fall. Lonsoraefi’s landscape looks like another planet. Aurora borealis, hot springs, glaciers, volcanoes – Iceland is one of the most unique places on Earth.

The heritage of Inca – ancient and enigmatic Machu Picchu – is a cultural wonder surrounded with jungle and mountains. Peru has an amazing landscape, defined by Andes and Cordillera mountains. And the cities reveal another page of the history – the Spanish colonialism, which brought the Mediterranean architecture to the country.

The country is full of historic, architectural treasures, as well as beautiful nature. Wherever you choose to go, whether Rome, Venice, Tuscan, Manarola, Florence, Sicily, Alps or the seaside – you will be followed by the amazing sites. All travel guides will tell you to visit Italy at least once in you lifetime – although once you will go there, you will definitely want to go back for more.

The capital Kathmandu is a spiritual drop, filled with ancient shrines, visited by the pilgrims, surrounded by mountains. Nepal has a very old history and deep culture. As for the nature, the Himalayas ranges in Nepal, with all the beautiful valleys and lakes, like Gangapurna, and the highest mountain on Earth – Mount Everest – is found here.

One of the biggest countries and oldest cultures has a vast diversity of attractions. Westerners who live in China for decades say, they will never fully get it – the culture is so deep and complex. Spectacular Tianzi Mountains, Jiuzhaigou Valley (Nine Village Valley), rice terraces, South China Sea coast, the cruise on the Li River, Danxia landform and many more amazing natural wonders. As for the culture – from the Terracotta Army, Yungang Grottoes, the Forbidden City, shrines and other ancient monuments, to the super cities like Hong Kong and Beijing – it is all here.