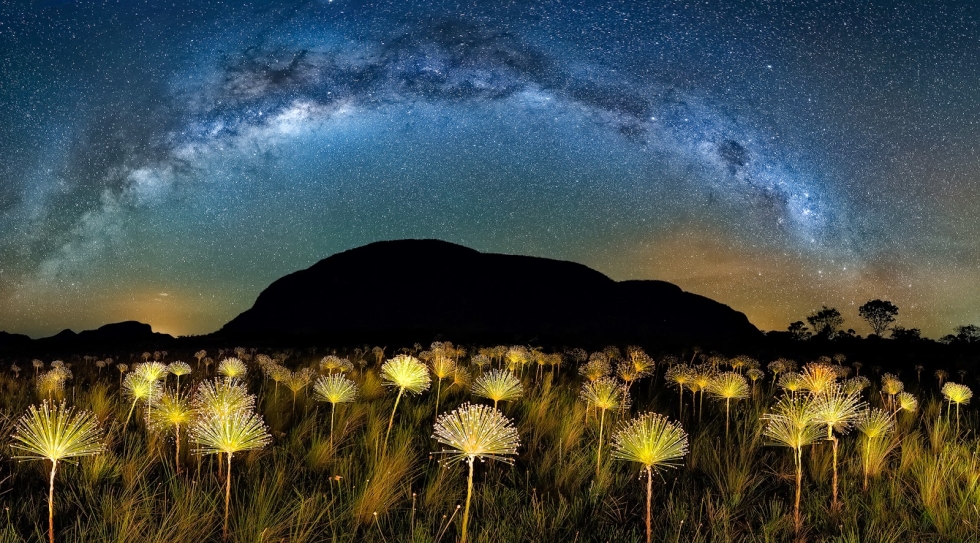 By the end of the year thousands of photographers submit their best works for various competitions. Among hundreds of amazing landscape pictures we have chosen these ten, that capture amazing nature and our beautiful planet Earth, who is the best artist of all. Enjoy the views!

Photographer Pere Soler named this beautiful pictures The art of algae. This natural work of art was found in the Bahía de Cádiz natural park, established in Andalucia. It depicts a spring with algae, creating their own little colorful universe. 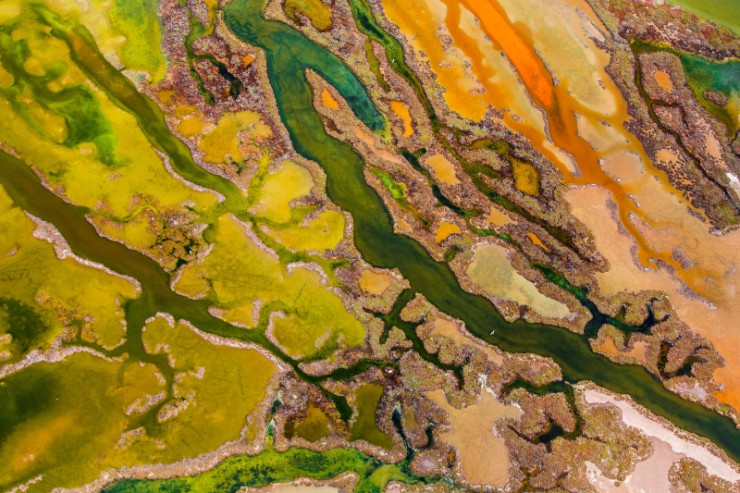 The southernmost point of beautiful New Zealand mainly is used for sheep herding. The terrain is indeed brute: strong winds from Antarctica blow 2000 miles and then smash into Slope Point. Photographer Luke Austen has captured the effects of this devastating weather. 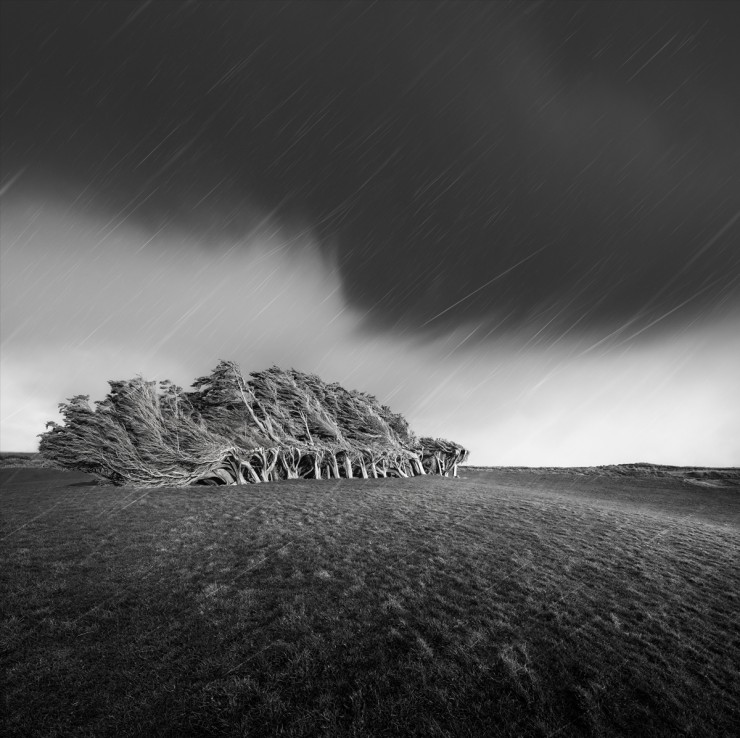 The whole park is a wonderful nature retreat, considered a World Heritage Site. Haffner Creek is a very picturesque site, which is loved by the climbers, as well as photographers. Photographer Paul Zizka captures these amazing ice structures and climbers, taking up a challenge of climbing them. 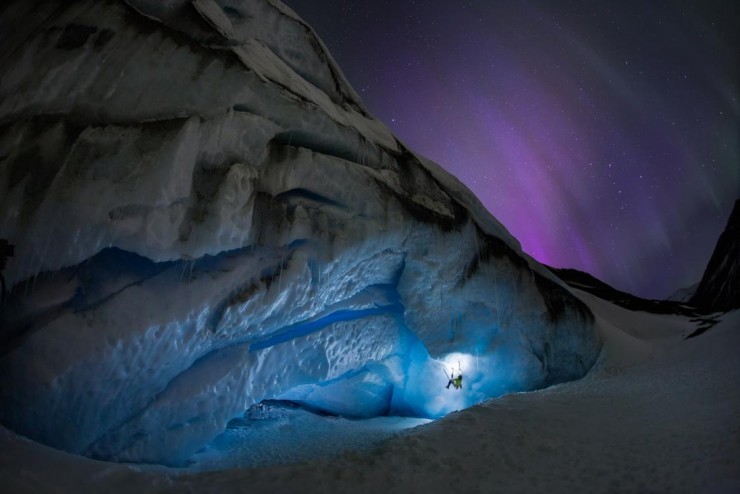 The second largest park in Australia is engraved with enormous five gorges, that create pools, water holes and waterfalls. This beautiful pool in Hamersley Gorge was captured by photographer Matt Hutton. 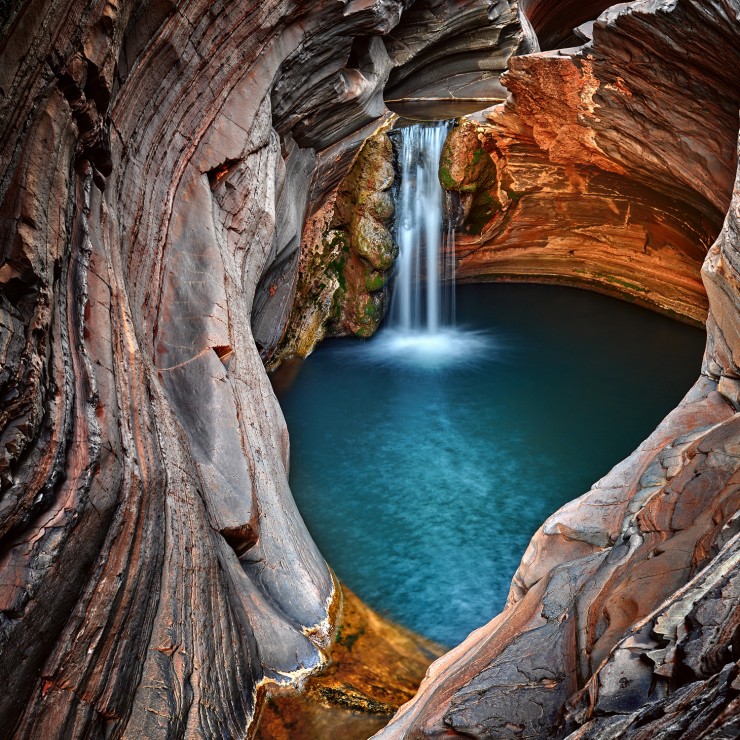 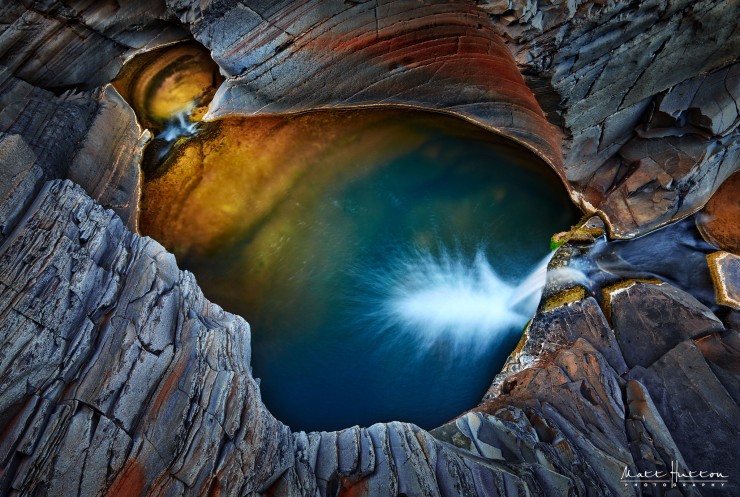 The beautiful Snowdonia National Park features Snowdon, which at 3,560ft tall is the tallest mountain in Wales and England. Meanwhile photographer Nadir Khan has captured the cyclist going down a hill, whose rim is being illuminated by the Sun. 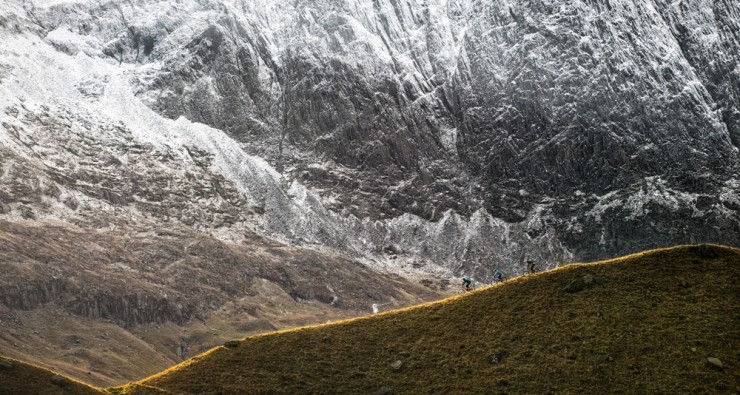 Sossusvlei and Deadvlei are clay and salt pans in the desert, that are the main attraction in the southwestern African country, part of Namib-Naukluft National Park. Photographer Dana Allen has captured a wind blowing only on a one side of the dune. 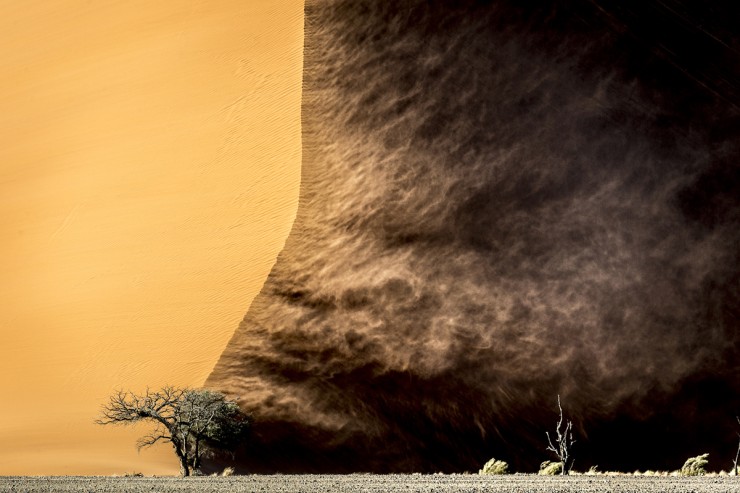 Yuanyang County, stretched along the Red River, is known world wide for its stunning rice terraces. The area is included in the list of World Heritage Site in China. Untouched by the tourism, the site has preserved its authenticity. 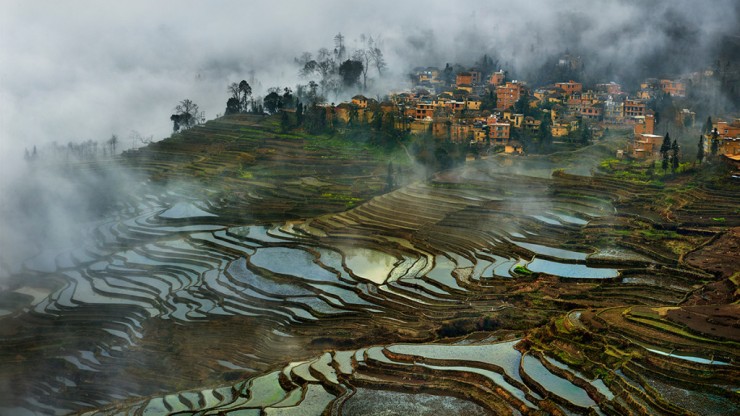 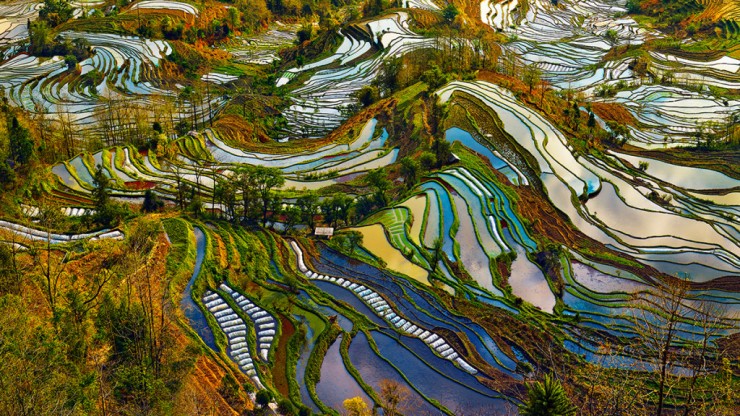 Photographer Marcio Cabral has captured this amazing site, found on the plateau, which is said to be 1.8 billion years old! The park is listed as a World Heritage Site by Unesco. In the photo you can see amazing Milky Way and Paepalanthus Wild flowers. 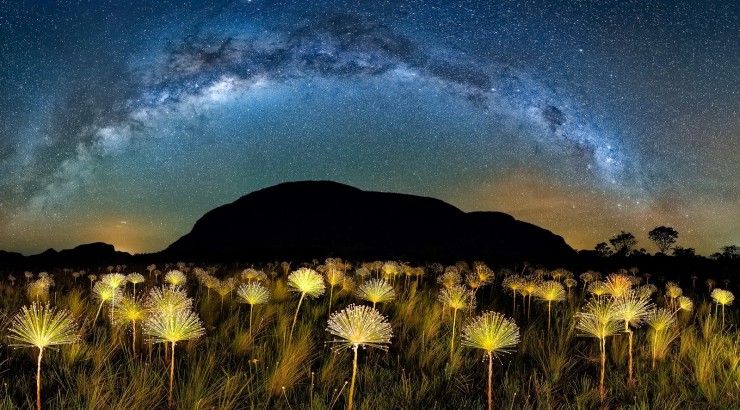 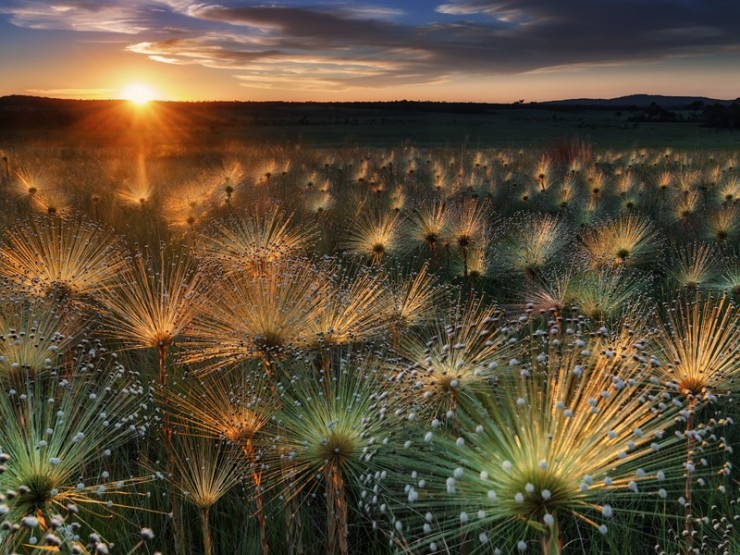 The beautiful mountainous region is known for its tall pillar peaks and the most dangerous hiking trails in the world. Photographer Weerapong Chaipuck has captured this breathtaking views to the abyss. 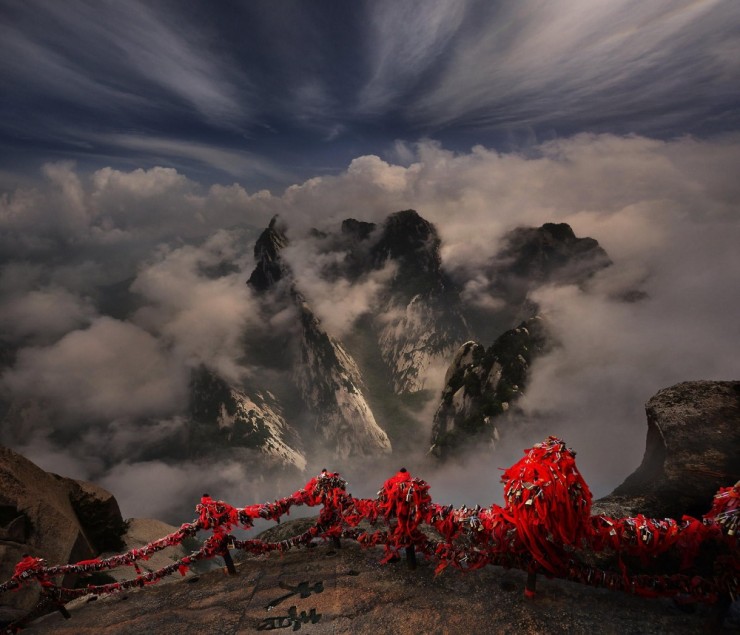 The extensive high plateau is the spot where the Andes go at their widest. It features stunning landscape of the plateau and tall peaks, protruding from out of nowhere. Photographer Ricardo Da Cunha has captured the play of clouds, sun rays and the mountain. 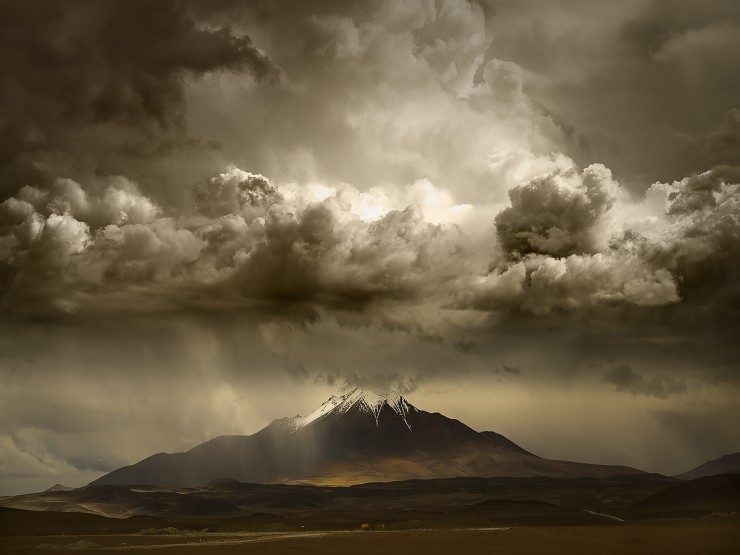 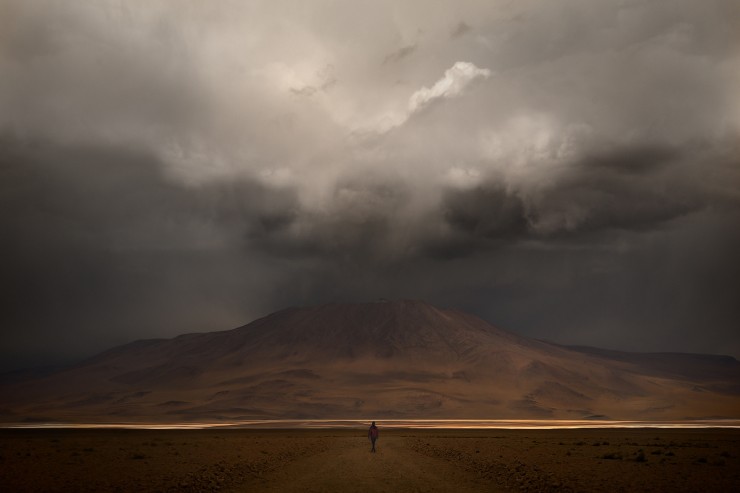