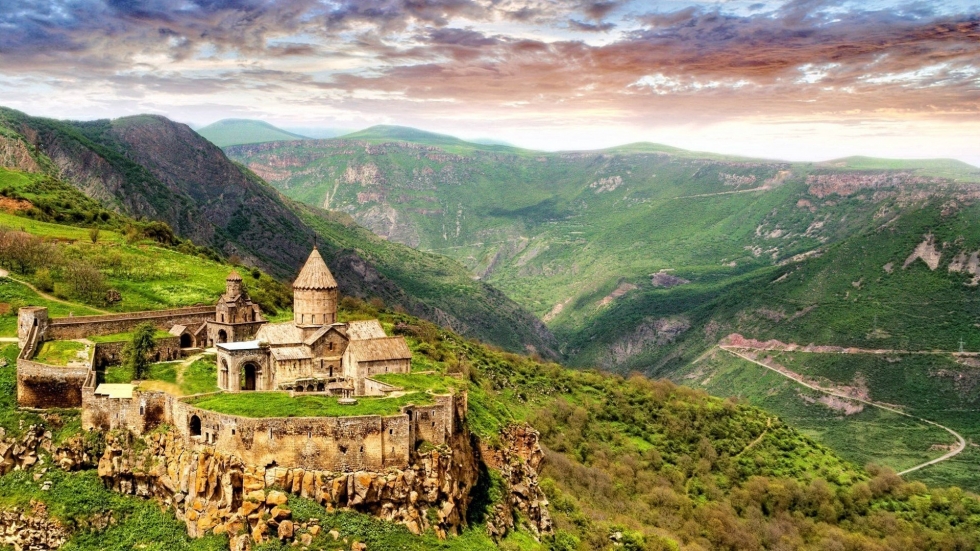 Up for some adventure this summer? Don’t hesitate and consider some of these countries. Tourism only begins to flourish here, so hurry up and be a pioneer! Check out our choice of the week – the countries have captured our attention for their unspoiled nature as well cultural and historic heritage.

The country just recently declared its independence and is open for the visitors as well as adventurers, who are up for a quite an experience. Found in the Indonesian archipelago, Timor-Leste fascinates with its forests and a coastline, untouched by the humans and an immense coral reef, which is a dream destination for the divers and snorkelers.

The country has been isolated for a very long time. Despite the tumultuous political events, today the country lures in with its fascinating beauty. Ancient historic architecture reflects Islamic heritage, whereas the staggering nature leaves one breathless.

The country is gaining its power again after a recent war with Russia. Batumi is especially popular with the vacationers: a Black Sea port has been restored and now spoils with great resorts, an abundance of entertainment and a great coastline!

The Baltic state is becoming one of the main tourist attractions in the region. In summer it is especially alluring: the land is dotted with hundreds of lakes, that boast nice lodges and resorts. Surrounded with forests, these vacation centers will provide a much required peace and relaxation.

Surrounded with the Caribbean Sea and Pacific Ocean, Nicaragua is a summer holiday paradise. The country promotes its eco-tourism, which offers a stay in eco-resorts or lodges, that work on preservation of the wonderful unspoiled Nicaraguan nature.

There are 19 splendid ancient ruins, declared a World Heritage by UNESCO. Ruins of Persepolis, 18th-century Golestan Palace, rose gardens and gorgeous tile facades of 16th-century capital Isfahan – to name the few among many others. And also today Iran is way more accessible for the Westerners as ever before.

Found on the Adriatic coast, Albania is becoming more and more popular among the beach goers. Warm turquoise water, great beaches and resorts make it an attractive summer destination. Moreover, the country is dotted with many ancient Greco-Roman ruins, that add up an extra charm.

Photo from Teach Away

The country has been a popular stop for the climbers, who were headed to the Himalaya. However, the recent earthquake has undermined the tourism. Fearless adventurers are welcome as never before and will the country a step further towards the recovery.

Found in the South of Caucasus, Armenia mesmerizes with staggering nature and historic architecture. Ancient castles and churches embedded in the mountains, overlooking the green valleys below – a sight you won’t regret to have seen.

One of the most popular tourist destinations in the regions boast a plethora of various attractions. From swimming in the deep blue sea in Antalya, hot air ballooning above the fairy chimneys in Cappadocia to paragliding in Oludeniz – these are only a few things to do on your holiday in Turkey!