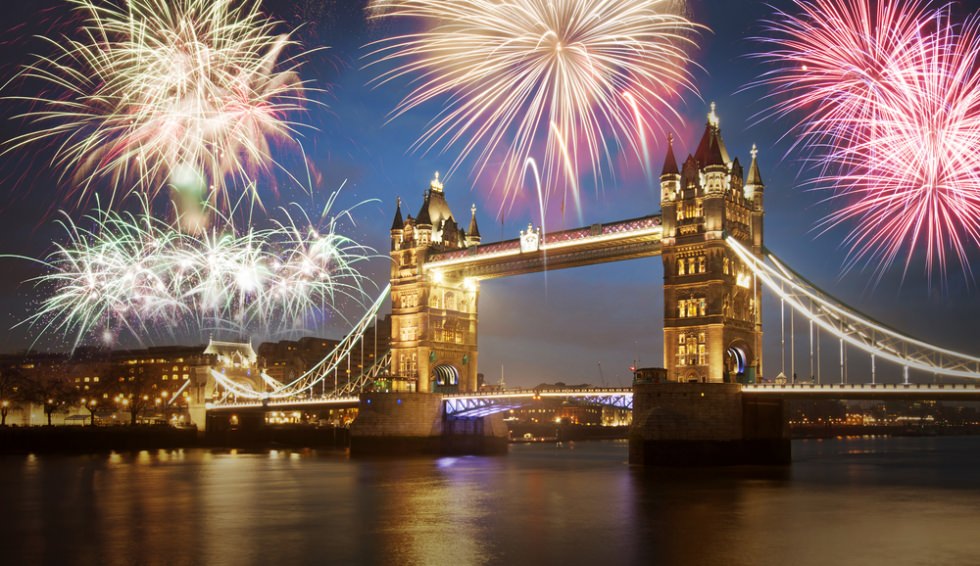 It’s almost shocking to me how fast 2016 has gone, but believe it or not, we’re almost up to New Year’s Eve again! I don’t know about the rest of you, but I’ve had a fantastic year of travel and fun, and I’m looking forward to more of the same in 2017. If you’re looking to get the year off to the right start, though, you’ll definitely want to make sure that you’re spending the early hours of 2017 in a place that you can really enjoy. There are tons of places in the world where you could see fireworks, of course, but here are some of my personal favorite places to spend New Year’s Eve:

Having grown up watching the ball drop in Times Square to celebrate the New Year in New York City, this celebration holds a spot in my heart forever. The thing is, people will line up all day to stand there—whatever the weather is like—and wait for midnight. You’ll find plenty of entertainment throughout the night, and if you’re really lucky, one of the announcers may come chat with you on live TV! Of course, NYC can get cold in early January…but that’s all the more reason to find a sweetheart to kiss at midnight. The most amazing parts? Typically around one million people will attend the ceremony in person, and another one billion people will view it on TV—and at midnight, they’ll drop approximately 2,000lbs of confetti over everyone!

Hong Kong loves to shoot off fireworks for its Symphony of Lights, but the fireworks over Victoria Harbor at New Year’s Eve are some of the most spectacularly choreographed fireworks in the world. And what a fun city to visit: with it’s international business culture, expatriates, and more, you’re sure to find people to ring in a great January 1st with. Even though Chinese New Year is based on the lunar calendar, you’ll find plenty of tasty treats to eat in Hong Kong during this time of year—and best of all, you can often find inexpensive flights through Korean Airlines and other air companies during this time period.

London is just a fun city to be in, no matter what time of year it is, but around holiday time, it’s a ton of fun. Show up a week or two before New Year’s and you’ll be able to partake in the city’s Christmas markets; stick around for NYE and you’ll be treated to one of the best fireworks displays in the world. And with London’s pub culture, London can be a great place to be—even if you’re not a big drinker, there’s plenty of entertainment, fun times, and more! Westminster Bridge is one of the traditional places to see the fireworks from. In my opinion, though, the more scenic shots to get are from down near Tower Bridge—and these are the ones that you’ll often see on TV. But wherever you are in London that night, you’re sure to have a party!

The only place that I have ever had a champagne shower was sat around Lake Bled at New Year’s. My trip there was almost an accident—I found a cheap ticket, and I figured why not. But I was amazed to find out that I could sit out next to the lake at midnight on New Year’s Eve, waiting to watch fireworks illuminate the entire lake from many different points. You could still see the iconic church silhouetted there in the middle of the lake, which added a layer of depth to the fireworks that I had never seen before. Top it all off with pizza and drinks at one of the local hotels and good times with friends from my hostel? Hands down one of the best New Year’s that I have ever spent.

I was in Rio this past summer for the Olympics and Paralympics, and I can tell you that cariocas, or people from Rio, know how to party! And if you’re looking for a warm, fun place to party during New Year’s, Rio is definitely the place for it. Head down to Copacabana Beach for drinks and fireworks—just make sure you’re wearing white or other light colors, which many consider to bring luck in the new year. Another superstition is sending out offerings to the goddess Iemanja: usually, cariocas will send out flowers or candles while they’re down at the beach on New Year’s day to bring spiritual blessings and more to their family in the year to come.

Let’s face it, the UAE has the financial resources and initiative to pull of some of the best fireworks in the world—and they make good on that. In 2014, they even ranked in the Guinness Book of World Records for the world’s largest fireworks display. For New Year’s 2017, you can look forward to seeing fireworks set against the backdrop of the Burj Khalifa Tower, the tallest structure in the world—and best of all, you can find relatively inexpensive flights from many US cities to get there, thanks to Emirates, Etihad, and other well-known airlines. It’s a great way to get out of the country and see something amazing over your winter break!

As for me, this winter I’ll be spending New Year’s Eve in Steamboat Springs, Colorado, which partakes in fireworks and torchlight ski parades whenever they have the chance—so I couldn’t be happier. But I’m still thinking back to the awesome places that I’ve spent NYE over the years!

What’s the best New Year’s Eve you’ve ever spent? Share your stories below!