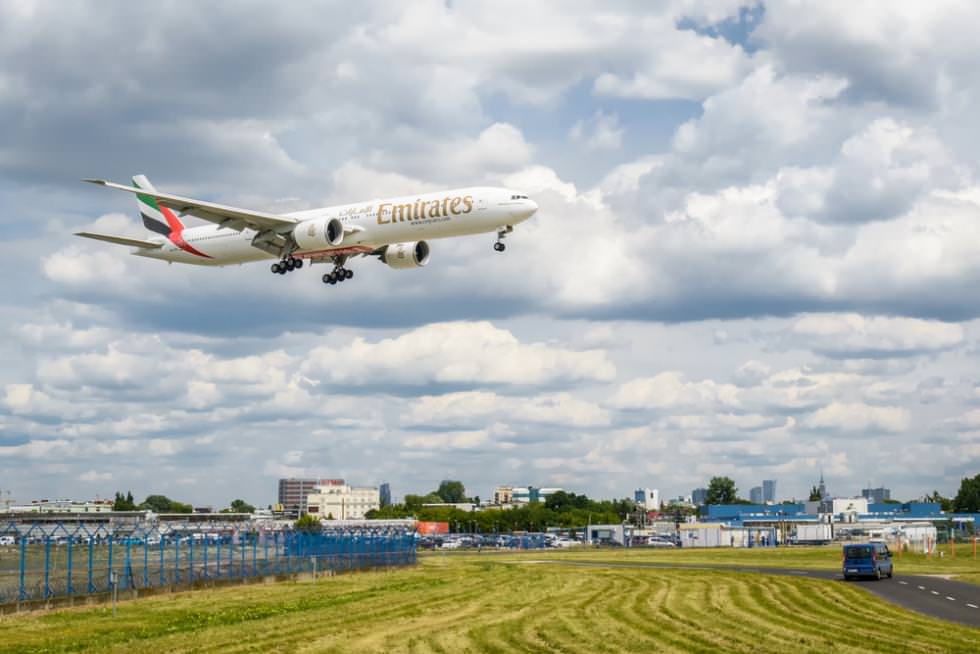 Although you want to leave yourself plenty of spending money for when you get to your destination, there’s no denying that your flight can make or break your trip. Don’t believe me? What happens when you get to your destination and you’re cranky because you haven’t been able to sleep, got seated next to a screaming toddler, and were served a meal that was completely inedible?

Here are five airlines that view the journey as just as important as the destination:

Air New Zealand is ranked amongst the top twenty airlines in the world in all-around service, but their food service is absolutely divine. Even if you’re in economy class, you can look forward to fruits, vegetables, and other fresh ingredients. Curious about what you might be served? You can even go onto their website and read all about their chef and wine consultants that they employ to select the meals served on their aircraft, as well as see sample menus. In fact, their economy-class meals could include chicken curry with basmati rice or kumara mash. And best of all? You don’t have to pay extra for a meal, something which is becoming rarer and rarer in air travel.

If you’re flying Turkish Airlines and find yourself with a layover in Istanbul, just know that you’re not stuck in the airport. Instead, as long as your layover is six or more hours, you have the opportunity to get out and tour the city. They have tours departing all throughout the day, and each tour sees a slightly different set of landmarks—but you’re sure to see some amazing spot, including famous mosques, markets, and more. Why not get out and explore if you’re stuck there anyway, especially since Turkey’s visa process if pretty straightforward and your paperwork can frequently be completed online prior to your arrival!

Emirates is known for its phenomenal customer service, both in economy class as well as business class. Maybe it’s just that its female flight attendants are so recognizable with their bright red lipstick, but they’re also quick to respond to your every need whilst you’re onboard their flights. You definitely don’t have to worry about being charged for water on-board their flights, and if you have a problem with your seat, they’ll do everything in their power to help you out. Best of all? They have plenty of deals on their flights, even to the point that you can often snap up their business class seats for phenomenal prices. Now that’s what I call service!

Qantas has been rated the top in both safety and in comfort recently, both by consumers and by airline ratings reports. And there’s no surprises there: in the so-called jet era (that is, since the 1950s), the airline has operated without any fatal accidents, and they really focus on your comfort. And they do this on long-haul flights to Australia, Asia, Johannesburg, and more. To me, if I’m flying across half the world, I want to do it in a seat that’s wide enough to fit me…and wide enough to fit the guy sat next to me who’s hogging the armrest! You definitely get that and more with Qantas.

Lufthansa is well-known for its overall service as well—although due to recent budget cuts, it actually no longer ranks in the top ten airlines in the world for the complete package. But one of the things I love best about the company is its baggage fees table. You’ll always be allowed to check one bag for free as well as carry on a bag for free; rates on the second checked bag vary depending on your flight route, but they’re pretty fair as well. And in a world where we’re consistently being nickel-and-dime’d by airline companies who want to charge exorbitant fees, especially when it comes to budget hops around the Western Hemisphere, that’s a major relief.

What’s your favorite airline? Tell us all about it in the comments below!