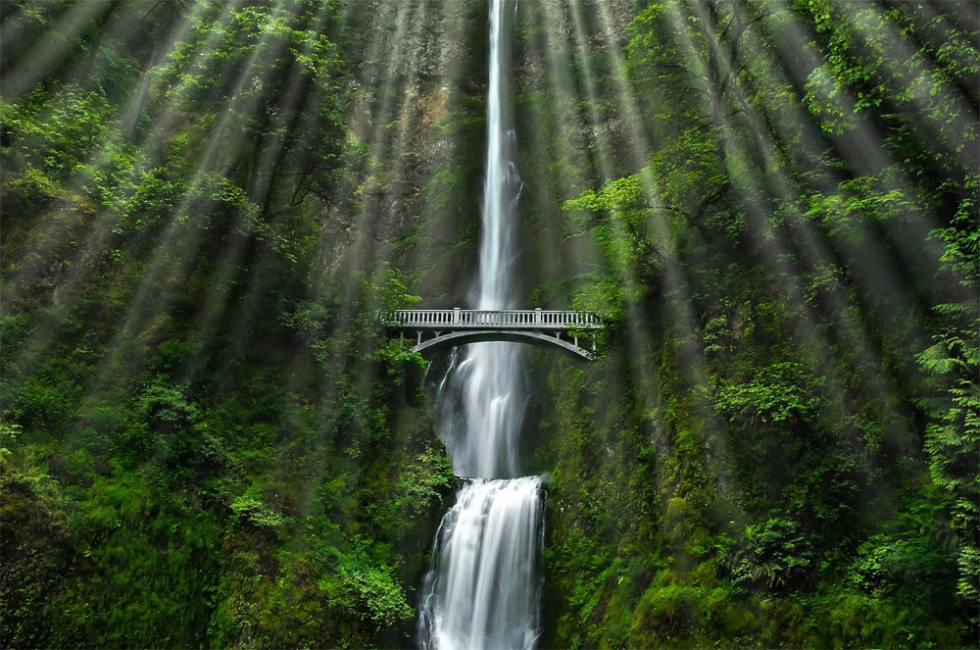 Multnomah Falls, Oregon, USA. Found in the stunning and unspoiled Columbia River Gorge, the waterfall is one of the most popular and known attractions here. The natural wonder is memorable for the two tiers that it forms while plunging down for 165 m (542 ft) and forming a lower 21 m (69 ft) height fall. It is best approached from Benson Bridge, situated between the cascades.

Native Americans believed the waterfall was created for a princess, who wanted to have a secret place to bathe in naked. However in the early 1900s the site was owned by rich businessman Simon Benson, after whom the bridge was named. He gave it to the City of Portland after his death though. On the way tourists also visit the Multnomah Falls Lodge, that features great views to the waterfall and a restaurant with delicious Northwest Cuisine.

All year round: the stream is being fed by underground springs and snow melt, thus not drying it up even in the late summer.

It is a short ride from Portland by car. There are several routes – one takes approximately 30 minutes, but others provide a scenic ride.