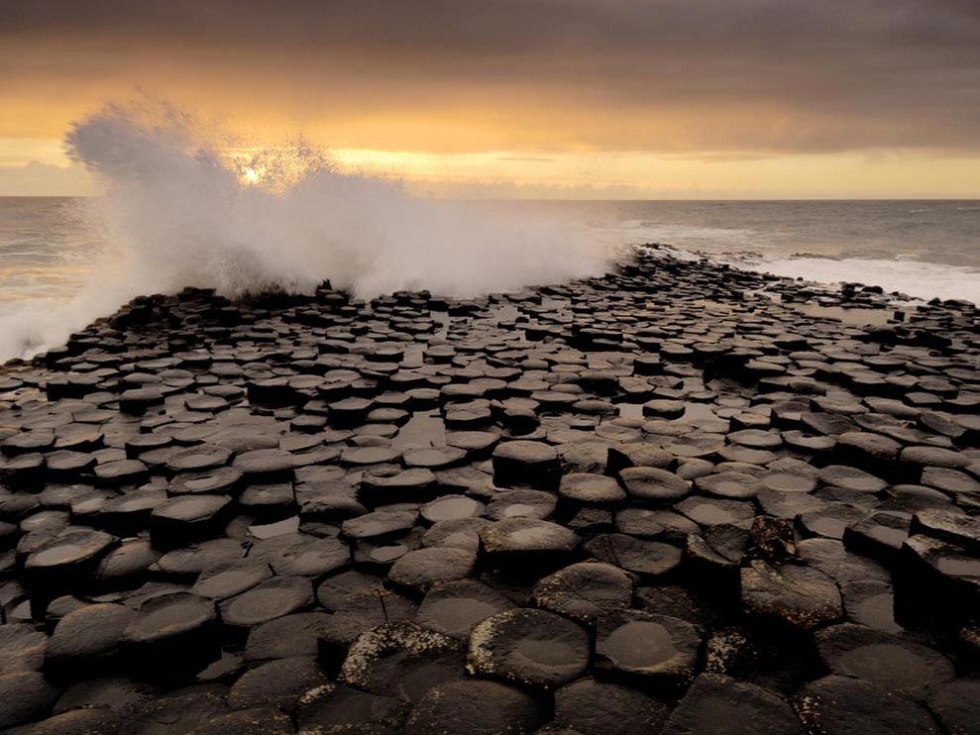 Giant’s Causeway, County Antrim, Ireland. One of the natural wonders in United Kingdom, protected by UNESCO and National Nature Reserve, the site is indeed breathtaking: 40 000 naturally formed basalt columns don’t look like anything else.

Formed 60-50 million years ago, Giant’s Causeway is a result of a volcano eruption. Mostly hexagonal, some columns reach 12 m (39 ft) height and form a surreal landscape. The spot drew attention after its discovery in the 17th century: it had become an object of scientific investigation and tourist attraction ever since.

Although today we know about its geology, some time ago it was a reason to create a story about its origin. According to legend, the location was built by an Irish giant after he was challenged to a fight by a Scottish giant. A new road had to be built, so the giants could meet. Thus the name – Giant’s Causeway.

The Giant’s Causeway Visitors Center provides tourists with audio-guides, parking space, cafes, shops and hotel. It can be visited as part of the Northern Ireland tour, which introduces to the beautiful nature and historic locations.