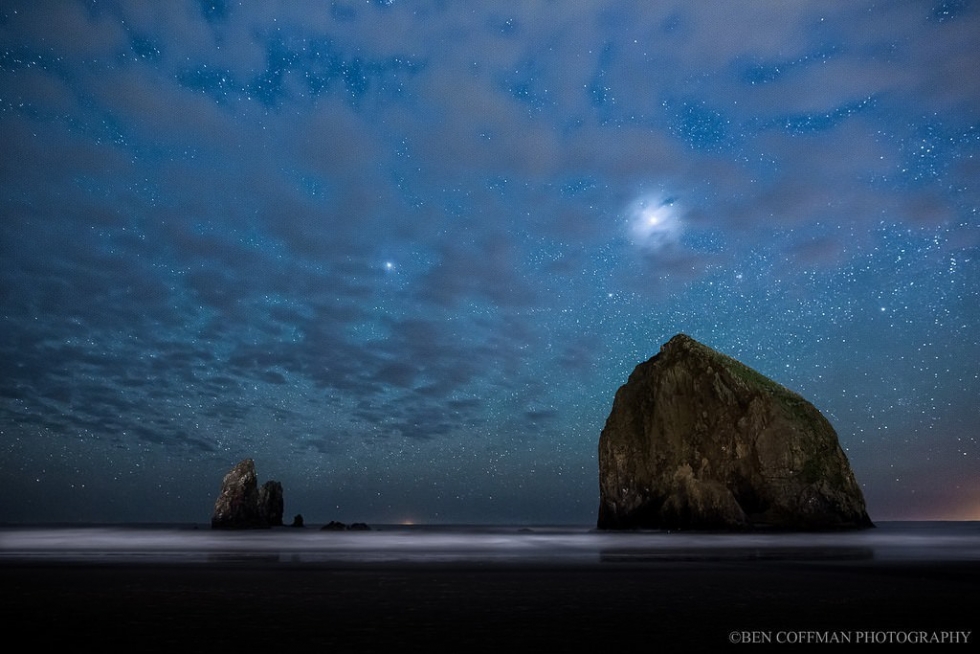 Haystack Rock, Oregon, USA. Posited on Cannon Beach a 72 m (235 ft) sea stack is a result of water erosion. It is also probably the most famous feature in this coast, for locals are convinced that Haystack is the third tallest sea stack in the world.

There are much more such rock formations scattered on the Oregon coastline. The Needles – smaller rocks – surround Haystack Rock. There are also numerous islands, pillars and arches around. Besides a lot of sea animals live here and some birds come to nest here, so visitors can admire an intense wildlife.

Anytime. Although summers can get a bit crowded.

The best way to get there is by car, since there is a huge parking lot. The site is located 130 km (80 mi) from Portland. US Route 101 is the nearest major road, that passes by.