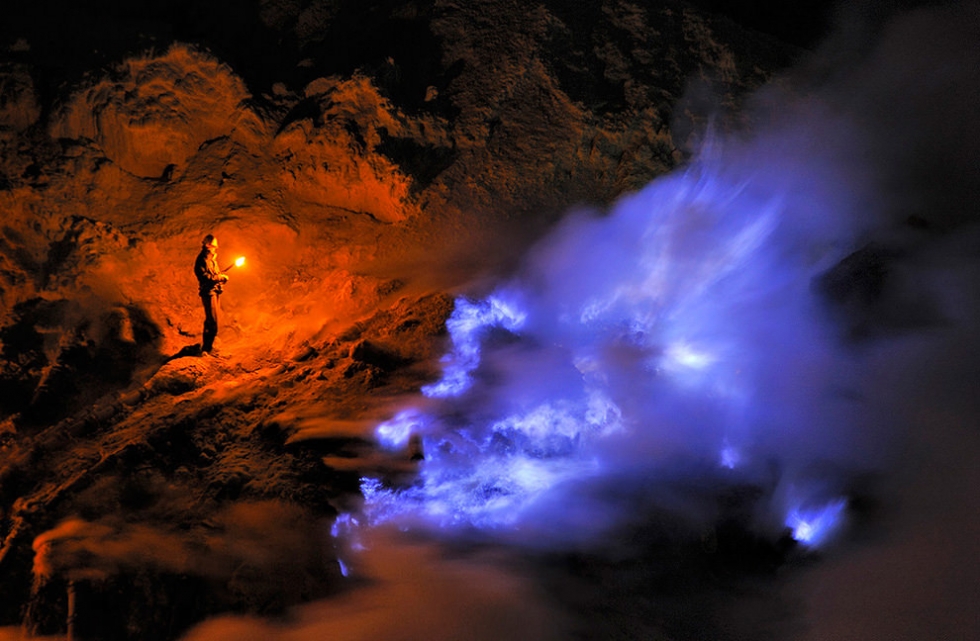 The Kawah Ijen Volcano, East Java, Indonesia. Ijen is a 20 kilometers wide caldera, which houses more volcanoes in it. One of them is the Kawah Ijen volcano, which is filled with sulfur. When it burns the blue flames appear – the site is especially amazing at night.

Although the surroundings look rather unfriendly – an acid lake and petrified sulfur in the caldera – they are useful. The Ijen caldera is used as the coffee plantations, since the soil is very fertile. And the sulfur mine extracts the minerals. The site is also frequently visited by the tourists.

The tourists are offered various tours, that will take them to the Arabica plantations, to the volcanoes, where they get to see the boiling sulfur, which occasionally starts to burn, and unspoiled nature.

You would have to reach Paltuding. Public transport from Surabaya and Bondowoso are going there.