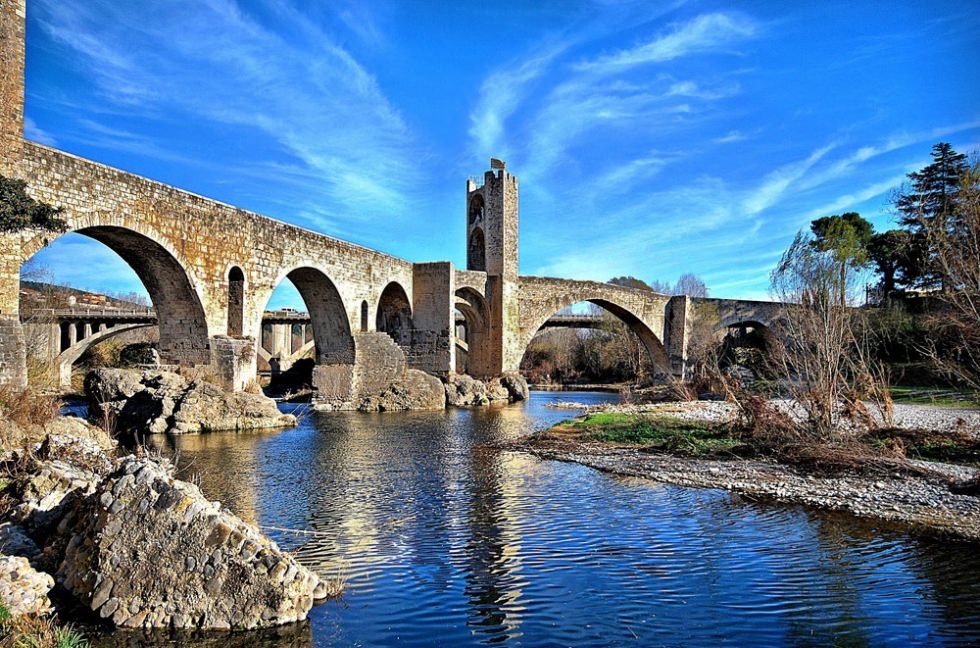 Besalu, Girona, Catalonia, Spain. Besalu is credited to be one of the most beautiful Medieval towns in Spain. It had a great importance during the early Middle Ages when Wilfred the Hairy, Count of Besalu, unified the whole Catalonia, making the town a significant center.

It is a great day trip destination once in Catalonia, introducing to the history of Spain and the Middle Ages. The architecture is very well preserved, clustered in a relatively small area.

All year round – the town drops into a mild climate zone.

By bus or taxi – the town is only 30 minutes drive from Girona, an hour and a half from Barcelona and Costa Brava.