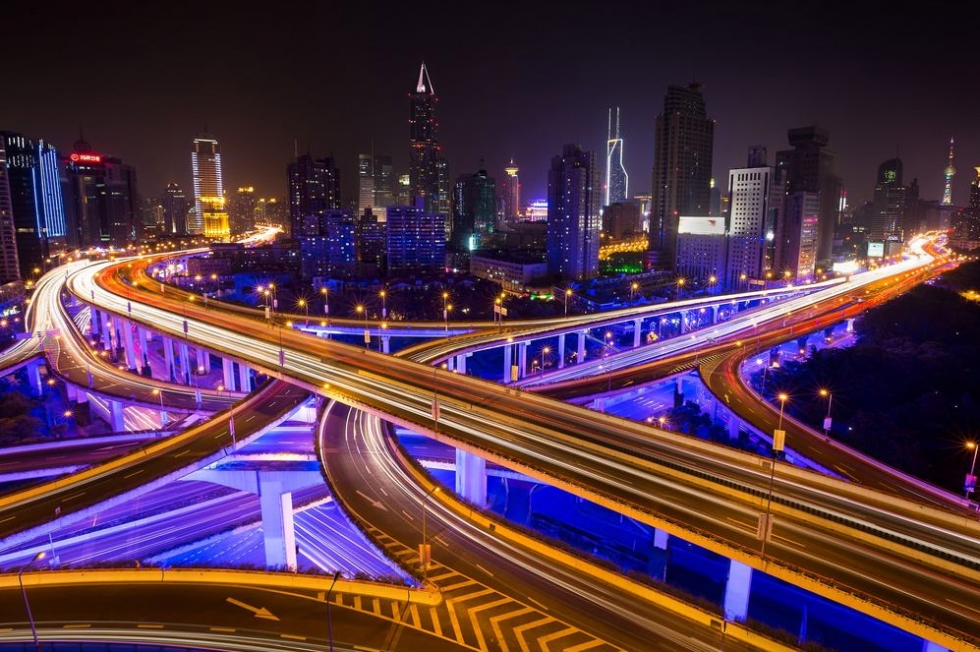 Shanghai Highways, Shanghai, China. The Shanghai’s famous highways get illuminated with a blue light at night, making it look not only beautiful, but futuristic as well. The skyscrapers seen in the background are from the Pudong district.

Some of the highways are elevated and are known as City High-speed Roadways, since the speed limit is 80 km/h (50 mph). The highways make it easier and quicker to navigate in the busy district, also creating a fantastic scene to take pictures.

Pudong is a business district, however, the most famous buildings are found here.

Drive the highways at night to see these wonderful lights.

Pudong has its own airport. Use public transport, taxi or rent a car to get around.