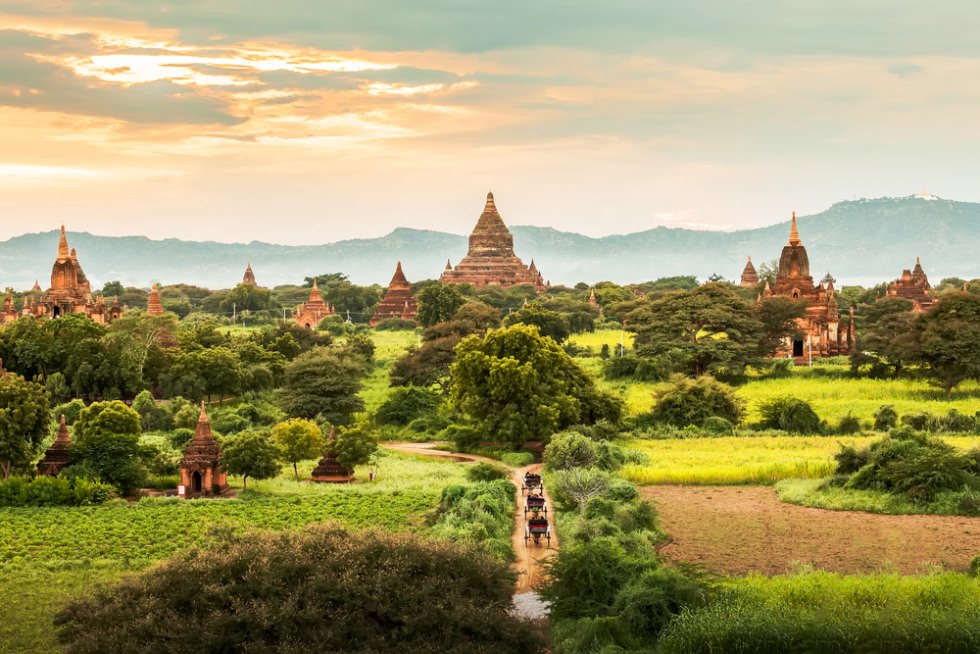 I’ve traveled pretty extensively over the past few years, but every time someone asks what my favorite country is that I’ve been to, I don’t hesitate a moment before saying Myanmar. There’s just something magical about this country that I can’t pin my finger on. I intended to only be there for a week or two after spending some time in Thailand, but I rapidly found myself coming up on the thirty-day expiration date of my visitor visa—and I still had more that I would have done, given the chance!

# You will constantly feel like a National Geographic photographer on assignment.

I actually think it’s impossible to take a bad photo in Myanmar, even if you’re not a professional photographer. From the cities to the rice paddies and everything in between—well, I just hope you have enough space on your phone or computer for the hundreds and hundreds of photos you’ll be dumping on there! The whole country is unlike any other place in the world, and the colors and sheer unbelievability of it all lend to photos that will definitely have your friends and family feeling supremely jealous of your trip.

Although not quite as large as Siem Reap, Bagan is an incredible temple complex to visit. And what’s more: it’s a lot quieter than Siem Reap as well, lending to the mystical quality of the place. I visited during monsoon season and somehow lucked out with some great weather but few crowds—but even if you’re there in the peak of tourism season, you’ll find that it’s pretty quiet. This is both because there are fewer tourists that visit the place and also because motorbikes aren’t permitted and most people are cruising around on the much-quieter electric bikes.

# You can do some amazing trekking—for a great price!

My treks in Myanmar are some of the best I’ve ever been a part of. Our guides were wonderful and full of a wealth of information that they were more than willing to share. Plus, we got to partake in all sorts of neat experiences like homestays, school visits, and overnights in monasteries. There are a few different places to trek in the country, with the most popular being the trek from Kalaw to Inle Lake. But my favorite trekking was had from the base city of Hsipaw because we got a bit more off-the-beaten-track and got to visit a few really rural villages and meet the people there. Whatever you do, though, you’re sure to have fun, and (at least when I was there, in 2015), most three-day treks set you back less than $50, including all accommodation and food!

# The history is fascinating.

I didn’t know much about the history of Myanmar prior to visiting there, although I did at least know that it was formerly under British imperial rule. I learned a lot more about the current political situation and the history leading to that situation while I was there, especially from one of my trekking guides. But I definitely wished I’d known more prior to my trip. Two of my favorite books that I’ve read about the country are The Glass Palace, by Amitav Ghosh, and Twilight Over Burma, by Inge Sargent—but even if you’re limited on time or don’t like to read, I recommend at least reading through some online material about the country prior to your trip!

If you’re looking to get off the beaten track in Southeast Asia, especially in comparison to Thailand or Vietnam, you can’t do any better than Myanmar. I won’t say that tourism is still in its infancy, because there’s plenty of development that has occurred since the country opened its borders. You may not find hostels or backpacker bars down every side street like you will elsewhere in Southeast Asia, but the people are incredibly friendly and welcoming, and you’re sure to have an amazing time exploring everywhere that you can.

So what are you waiting for? Get going!